More than 7,000 attendees came to Orlando in May for EMC World 2009, the storage vendor’s annual user conference. They heard the latest about the vendor’s data centre and virtualization strategies, and the product roadmap. 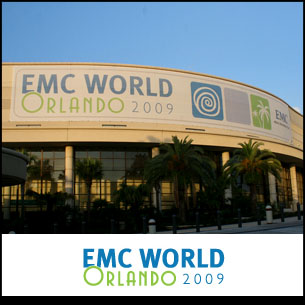 Before the official conference business got underway, attendees unwound and got to know each other better at the conference opening party, which featured a performance by the band The Gin Blossoms.

Known for hits such as Hey Jealousy and Till I Hear It From You, the band also played a cover of Elton John’s Rocketman. 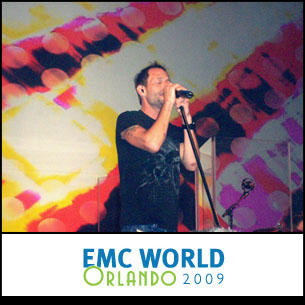 EMC’s first major news at EMC World was the launch of EMC Atmos onLine, which aims to marry the benefits of storage on the cloud with the management and security tools that enterprise customers demand.

Atmos onLine provides what EMC is calling Cloud Optimized Storage (COS) capabilities that can scale effectively, coupled with security and management tools. 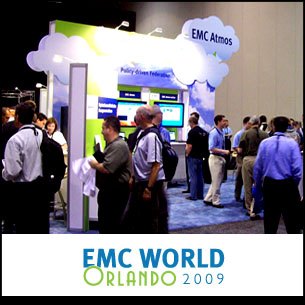 EMC is offering federation to allow clients to set policies that determine the automatic federation of information between the cloud and the on-premises date centre.

Mike Feinberg, EMC’s senior vice-president, cloud infrastructure group, said the ever increasing amounts of rich data content being generated require new storage strategies. He doesn’t see any business moving its storage infrastructure to the cloud entirely. Rather, it’s always going to be a hybrid model. But the cloud will need to play an increasing role to address storage challenges efficiently and with flexibility. 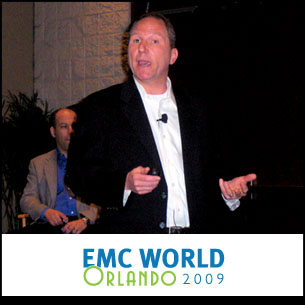 During his EMC World keynote, president and CEO Joe Tucci indicated that as part of its strategy to emerge from the economic downturn as a stronger competitor, EMC would be looking to utilize its US$9.8B in cash on hand to grow its market share through strategic mergers and acquisitions. It was a theme he expanded on later speaking with the media.

“While I won’t say what kind of areas we’re thinking about or what companies obviously, I will say we’re much more inclined to make acquisitions in areas where we’re already strong,” said Tucci. 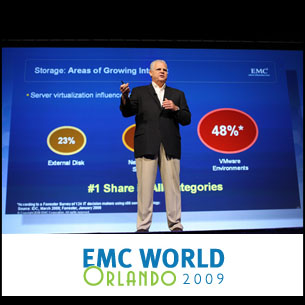 Out of the hypervisor business

Also delivering a keynote was Paul Maritz, president and CEO of VMware. Maritz declared VMware is no longer in the individual hypervisor business, but rather is in the business of “stitching together a new layer of software” that allows businesses to use their computing resources in a more flexible and efficient way.

Maritz also said VMware technology will soon enable IT departments to act as internal managed service providers, giving IT statistics on IT resource usage at a granular level that can enable departmental self-provisioning through an automated portal and chargeback based on resources utilized. 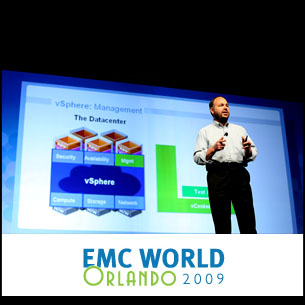 A closer relationship with Brocade

EMC also used the EMC World conference to announce an expansion of its join engineering and solution development relationship with Brocade, a networking solutions vendor.

The two companies have been working together customer challenges in the data centre around integrating their applications, middleware and database environments with their physical and virtual infrastructures. 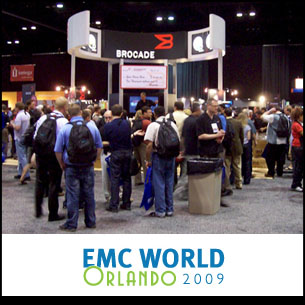 EMC also used the conference to highlight its strategic alliance with VMware on the virtualization front and Cisco Systems on the networking front.

“For Microsoft to be up here they’ve got to … get out of the mentality they’ve been in, which is very Windows-based,” said Patal. “The world is shifting to a third dimension, and everyone that is stuck in their old two-dimensional paradigms is missing that.” 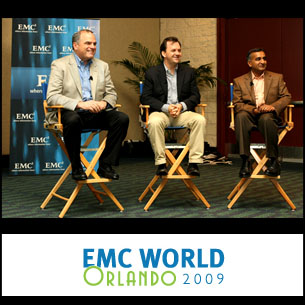 If vendors and their channel partners have one challenge in rolling-out cloud computing and embracing the benefits of its flexibility and agility, it may be helping IT managers get over their natural conservatism to change.

Chuck Hollis, vice-president and CTO, global marketing with EMC, said IT managers are paid to be conservative, but the three companies are now able to allay many of their cloud concerns by offering the private cloud: the benefits of cloud computing married with the security and control of an inside the firewall solution. 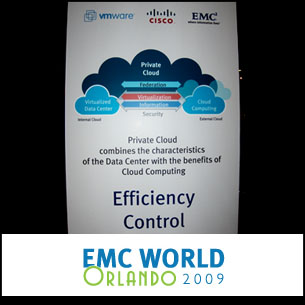 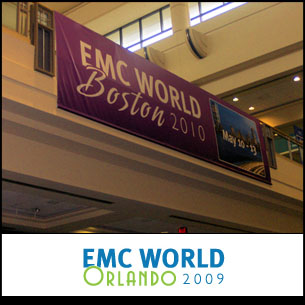 For more on EMC World 2009, check-out our full CDN coverage:
One-on-one with EMC channel chief Peter Koliopoulos
EMC launches Atmos onLine storage as a service
EMC unveils the next generation data centre
(Video) VMware: Microsoft needs to get out of its 2D paradigm
Hitachi Data Systems fires some blog-salvos at EMC
Videos from the EMC/VMware press conference
Will EMC be a buyer? It has the cash 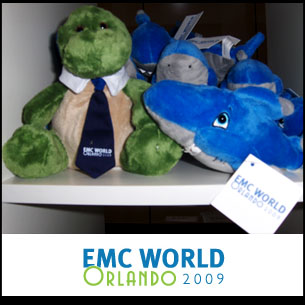