In mid-January, Lotus Notes developers, administrators and partners gathered at the Disney Dolphin & Swan hotel in Orlando to share best practices and to get updates on the strategy and roadmap for the Lotus collaboration platform from IBM executives. 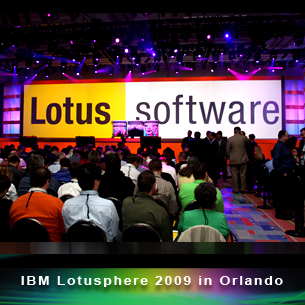 While some IT vendors have been cancelling or scaling-back their user conferences, Lotusphere was still going strong.

Conference attendance was up by two per cent over last year’s figure of appx. 7000,
and the trade show floor was a busy place as vendors and partners advertised their products and services. 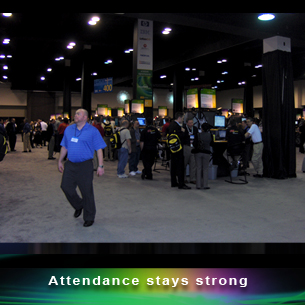 What better performers for a Big Blue conference than the Blue Man Group? The famed performers were a hit with the opening keynote audience, from their rhythmic drumming on plastic piping to their colour liquid drumming. Luckily, the splash zone was shrunk for their Lotusphere performance. 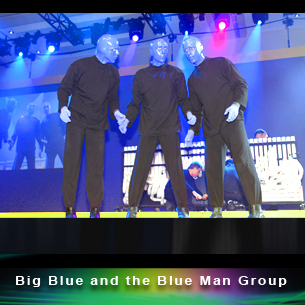 A Blues Brother for Big Blue

The Saturday Night Live alumnus related an anecdote from one of his movie shots that stressed the importance of collaboration,
whether its on a movie or in an IT department. And he performed his Beldar the Conehead character. 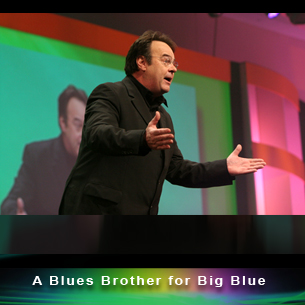 With the keynote entertainment out of the way, IBM Lotus Software general manager Bob Picciano took the stage to lay-out IBM’s broad strategy for the Lotus collaboration and make a number of product announcements.

In partnership with Research in Motion, Picciano launched a number of Lotus applications for the BlackBerry to address the needs to an increasingly mobile workforce. 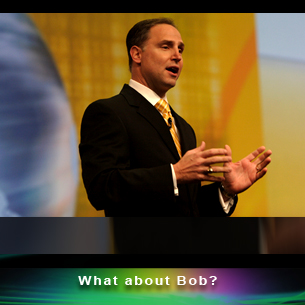 LotusLive is a cloud-based integrated portfolio of social networking and collaboration services tailored for business that will be offered in a hosted, software-as-a-service model. It includes tools for networking, e-mail, file sharing and Web conferencing. 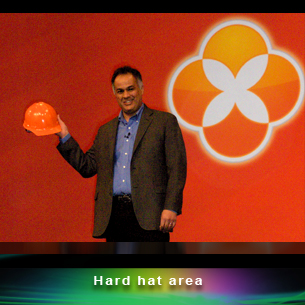 Bowden said the largest IBM partners in the portal space are largely sold-out, and are operating at capacity, leaving a sizeable market opportunity untapped.
“When we get our best partners engaged we do very well,” said Bowden. “Nurturing and growing the skills in that partner network is a priority.” 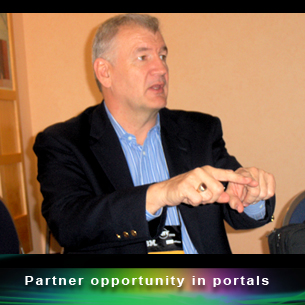 Taking a break for Barack

While the Lotusphere agenda was packed tight with seminars, educational sessions and networking opportunities, hundreds of conference attendees paused during the conference to watch the live coverage of U.S. President Barack Obama’s inauguration, and inaugural address.

Attendees huddled together in the conference centre lobby to crowd around big screen televisions screening the historic occasion. 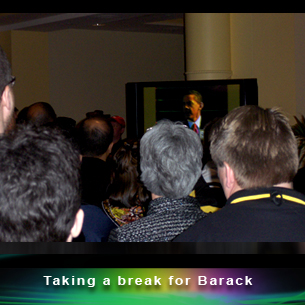 As is entirely appropriate for a Canada party at Lotusphere, hockey jerseys were the door prizes being given away by the Lotus brand leader for Canada, Tom Papagiannopoulos, including this vintage Winnipeg Jets model.

Interestingly, it took three attempts to give away the Toronto Maple Leafs jersey, as each named winner was not present in the room. Or perhaps didn’t want to claim the prize.

Movie buffs may recognize Papagiannopoulos, who had a small role in My Big Fat Greek Wedding. 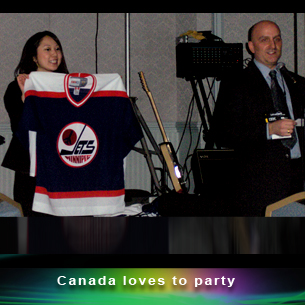 Visit Computer Dealer News for our full coverage of the Lotusphere 2009 conference. 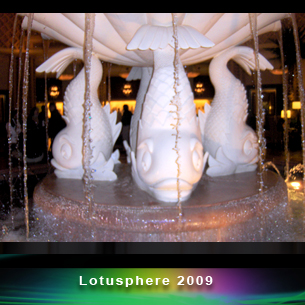