Lenovo to launch ‘biggest edge to cloud’ portfolio in its history 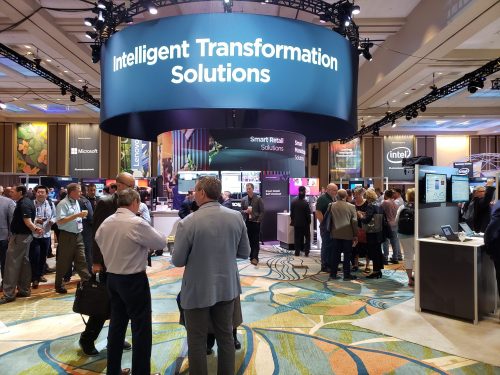 Before announcing a slew of new devices and a midmarket laptop, Art Hu, senior vice-president and CIO for Lenovo, told audience members Monday during his keynote that the company’s strategy moving forward is going to be less about individual devices, and more about how to connect them.

“The world doesn’t require yet another device, another phone, or laptop by itself, but the solutions that take these devices and connect them in smart and novel ways,” he explained, which is why the company, he added, is preparing for the biggest edge to cloud portfolio launch in its history. “This is a new line of business for us. We believe Lenovo is well-positioned to lead the way, because we have built the most complete set of building blocks for this era that will be defined by intelligence.”

*Alex Coop’s travel and accommodations to cover Lenovo Accelerate were paid for by Lenovo. This article was not reviewed externally before publication.

Lenovo executives were adamant the merging of DCG and IDG solutions, in a world that’s becoming increasingly connected and requiring data to be processed on edge devices, is the real winning formula. The company wants the channel to sell bundled packages that include servers, storage, networking PCs and tablets. These bundles will not only prepare the world for the projected 25 billion connected devices by 2021, but also the rise of 5G. 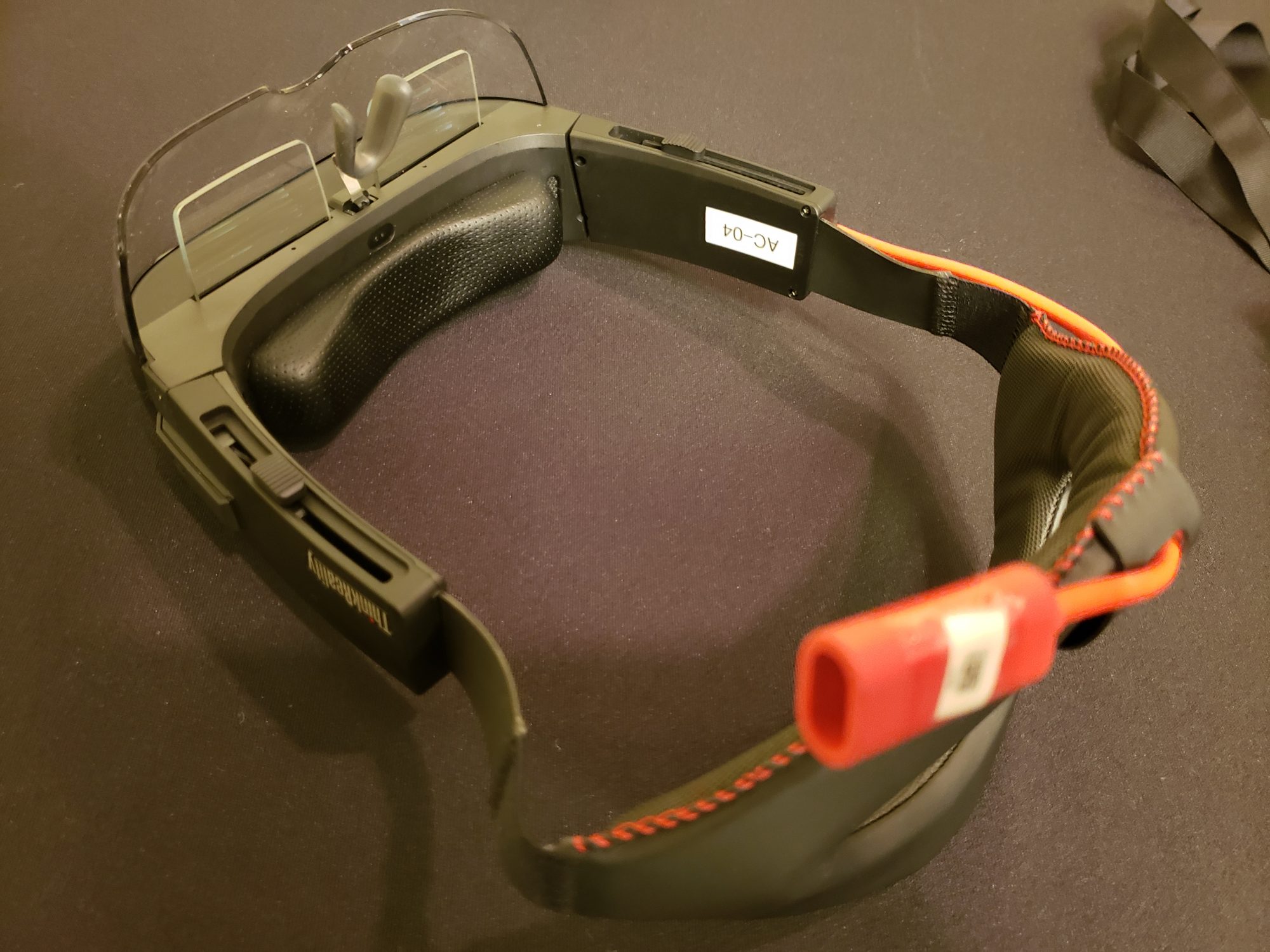 The first device in this new solutions portfolio is the ThinkReality A6. It’s a lightweight, head worn device- we had a chance to pick it up and even mount the device on our head after the unveil – that Lenovo said can fit into a variety of work environments.

It weighs 380 g (.83 lbs.) and has a 40-degree diagonal field of view with 1080p resolution per eye. It packs a Qualcomm Snapdragon 845 Mobile XR Platform in the Android compute box, living up to the “small and mighty” tagline Lenovo has attached to it. 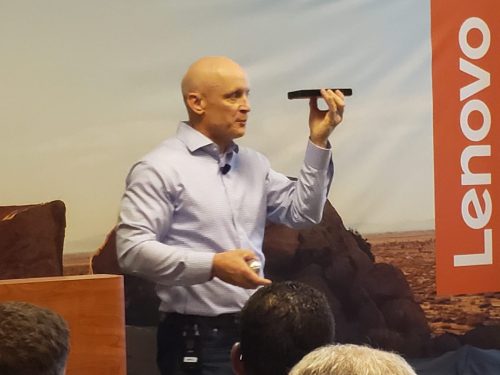 Many commercial spaces are lined with a legion of PCs. They take up a lot of space, a problem Lenovo says its solved with its latest miniature desktop, the ThinkCentre Nano. Lenovo says its the “most compact commercial desktop series in the world” that weighs just over a pound.

Alongside the base ThinkCentre M90n-1 desktop is the ThinkCentre Nano IoT. It’s designed to survive manufacturing environments, and boasts a larger thermal operating range. At work, the Nano IoT can manage IoT devices and increase improves the relay of information between connected IoT peripherals, sensors and devices, says Lenovo. Pictured above, Jerry Paradise, vice-president and head of Lenovo’s commercial portfolio and product manager, shows off the ThinkCentre M90n-1 Nano.


About that new laptop … 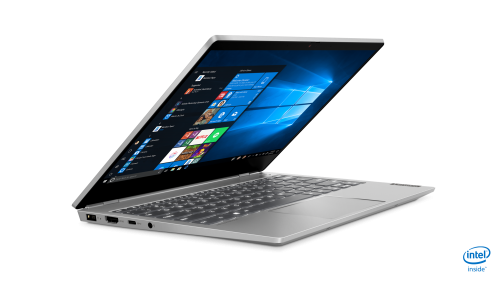 The ThinkBook, another sub-brand dedicated to small and medium-sized businesses, is starting with a new line of ultra-slim Windows 10 laptops available in a 13-inch and 14-inch models. The specs underneath the hood aren’t Earth-shattering, but the laptop does boast a sleek finish and is support by a range of business-grade services including Lenovo Premier Support, warranty extensions and upgrades. Lenovo says ThinkBook will allow growing businesses to gain a competitive edge in attracting today’s young tech-savvy workers with a “cool looking yet cost-effective device.” Pictured above is the 13-inch model.


Oh, and another laptop 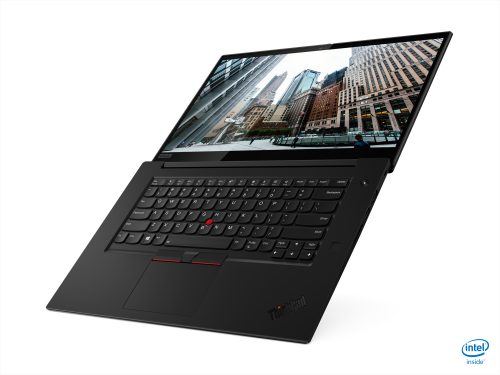 Lenovo also unveiled the new ThinkPad X1 Extreme Gen 2. It includes up to 9th Gen Intel Core i9 processors and NVIDIA GeForce GTX 1650 GPU, and up to double the storage at 4TB. Lenovo says it’s specifically engineered for intensive work such as video and photo editing, graphics rendering, AR/VR applications and more. 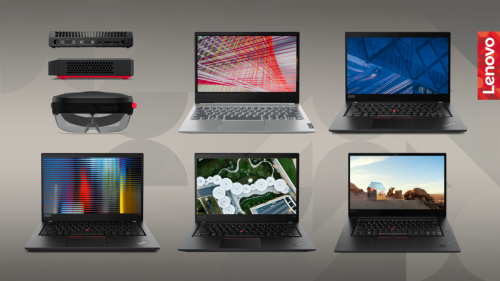 Protecting these devices is ThinkShield, Lenovo’s fully customizable suite of security related services, software and hardware capabilities that protect the full lifecycle of commercial devices, from development to disposal. It was launched last year, but Lenovo is adding seven new offerings to ThinkShield portfolio, such as Lenovo Self Healing BIOS that ‘self-heals’ and reverts back to its last known good backup copy in the event of an attacked BIOS, or ThinkShield Secure Wipe, which allows users to completely delete sensitive data on their devices without the need for external tools or removing the drive.


Pricing and availability (all prices USD) 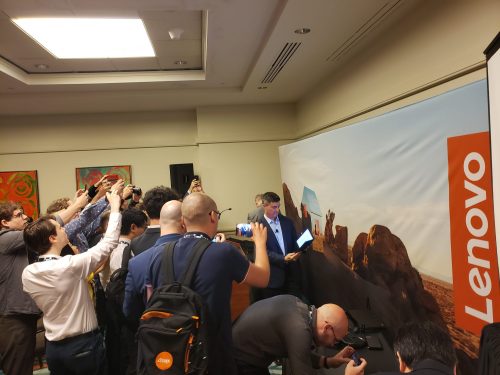 *Pictured above: Reporters crowd around Luis Hernandez, vice-president of commercial product solutions and development, to catch a glimpse of the new foldable ThinkPad X1. Photo by Alex Coop.