New technologies from the Computex show

The annual Computex Trade Show in Taipei is a showcase for new technology. But this year’s event proved to be quite controversial as protestors disrupted the show by demonstrating against some of the participants over a rash of high tech worker suicides.

Learn more about this year’s Computex show in this CDN slide show. 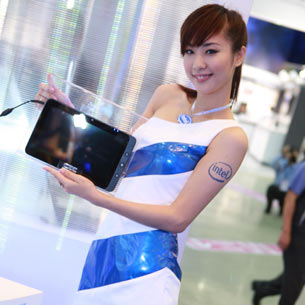 Visitors to Taiwan’s Computex trade show received a loud welcome as labour union members and environmentalists protested against some of the high profile vendors in the industry such as Apple and Foxconn Elextronics. 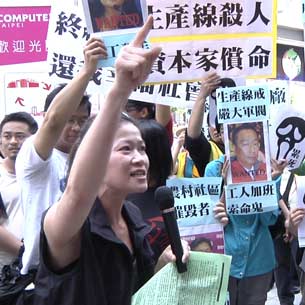 Angry protestors held signs that read: “bloodsucker” or “wanted” in reference to high tech CEOs. Just before the Computex Trade Show a string of suicides among Foxconn production line workers led to these protests. Foxconn is one of the world’s largest contract manufacturers and the makers of many of Apple’s products. 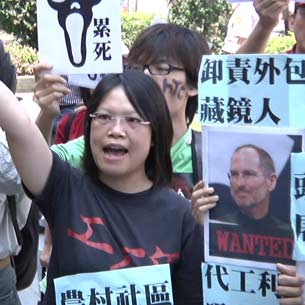 Notebook with a twist

One of the more high profile vendors in Asia Pacific is MSI. At the show, the company released the Sketch Pad. The Sketch Pad is a notebook with a keyboard that flips over to reveal a sensor pad for pen input. Sam Chern, product manager for MSI, pictured, said this product is “really cool” at the Computex show. 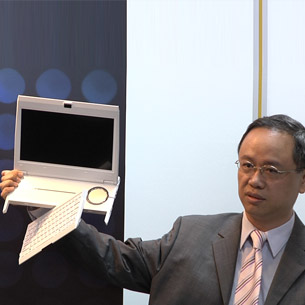 The Sketch Pad from MSI

The Sketch Pad is a prototype that might look like a normal laptop, but grab the keyboard and it transforms the computer into a Windows 7-based tablet PC. This MSI tablet was just one of many new prototype slate machines unveiled at the Computex trade show to compete with the Apple iPad. 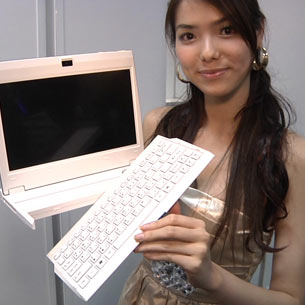 The Wind Pad from MSI

MSI made a name for itself as the leader in motherboards. But recently its Wind Netbook has become quite popular in the market place. The company is using the brand recognition build with Wind for its newest tablet notebook called the Wind Pad. The Wind Pad has a 10-inch screen with built-in 3G, WiFi, GPS and HDMI video output. However, the new Wind Pad will not be available in North America until later on this year. 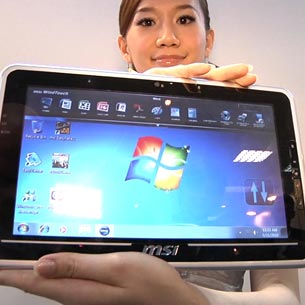 Not to be outdone, Asustek, another Taiwanese powerhouse vendor unveiled two Eee Pad tablets at the Computex show. One is an E-reader that boasts a 10-inch touchscreen using Windows Embedded Compact 7 software. But Asus’ next prototype wowed the crowd at Computex. Click on the next slide to see the Eee Pad. 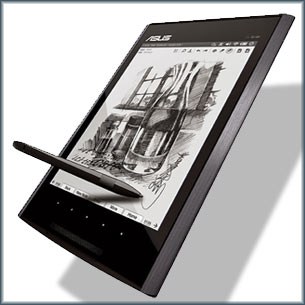 To better compete with Apple iPad, Asus showed off its 12-inch touchscreen EeePad running Windows 7. The device is also powered by an Intel Core 2 Duo processor, which will greatly improve video watching and other multimedia functions. The EeePad will also have a docking station and can be used for note-taking. 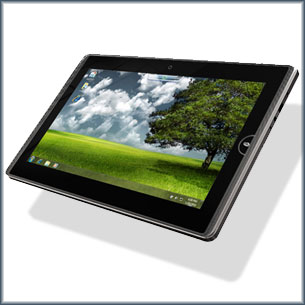 Intel to power the slate revolution

Intel plans to release a version of its Atom processor designed for ultra-thin netbooks and tablet computers.

Shown here, a booth model displays an Intel powered tablet device at the Computex show in Taiwan. Called the Oak Trail, the upcoming chip is a variant of the Moorestown package. The two products both include the low-powered Lincroft version of the Atom and the Langwell chipset that will support multi input-output machines.

It wasn’t all about tablet computing at the Computex Trade Show. Intel is also building chips for handheld devices, shown here. Matthew Parker, GM of Intel’s client division, said that the power optimization of Moorestown is targeted at pocketable devices and phones. Intel is leveraging the investment in adding onto its port-of-choice capabilities to support the Windows platform, Meego operating system, Linux and Google. 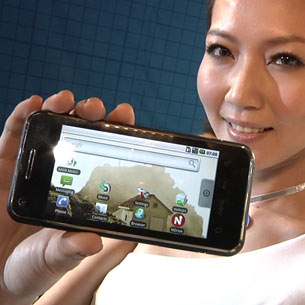 Asus to reveal its iPad-killer

Cloudli Communications, a Montreal-based provider of voice, data and...

The FDA bans the sale of Juul e-cigarettes, Meta...

A Canadian password management application has added a dashboard...

Amazon may run out of workers, Texas plans to...

It’s a subject that has caused many sleepless nights...