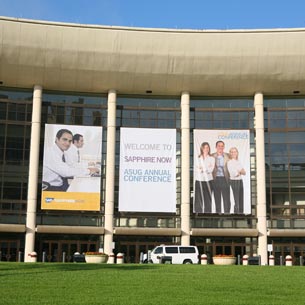 SAP Sapphire 2010Business software vendor SAP AG (NYSE:SAP) held its annual Sapphire user conference in May, and for the first time the show was simulcast concurrently from both Orlando and Frankfurt.

Learn more about this year’s edition of Sapphire in this CDN slide show.
By Jeff Jedras of Computer Dealer News 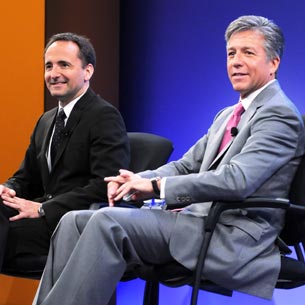 SAP’s Co-CEOs reach a milestoneSapphire was held just as SAP’s Co-CEOs, Bill McDermott and Jim Hagemann Snabe, marked their first 100 days on the job after taking over for Leo Apotheker.

In their press conference, the duo emphasized the difference between SAP’s partnering and open ecosystem approach, versus rival Oracle Corp’s. (NASDAQ: ORCL) own the stack model. 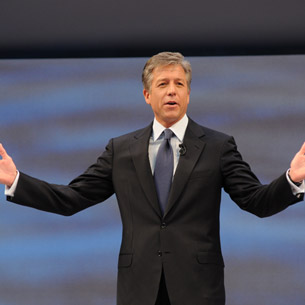 McDermott: We’re not OracleSAP’s acquisition of Sybase was a hot topic at the conference, and McDermott told Sapphire attendees mobility will now be one of SAP’s three cornerstones (along with on demand and on premise) to connect to what he calls the new desktops: mobile devices.

McDermott promised no change in Sybase’s go to market and no major layoffs, pledging Sybase will continue to work with SAP competitors and will be run by SAP as a separate company. 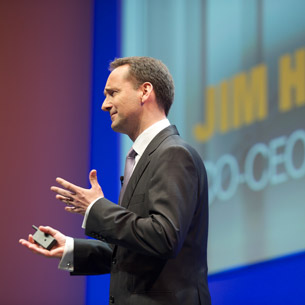 The vendor promises real-time analytics with bi-directional Microsoft Excel integration, support for mobile devices, an enhanced rich client UI built on Silverlight, and the opportunity for partners to build vertical specialization and customization.

Canada will need to wait a little longer for ByDesign however, with Canadian availability expected in early 2011. 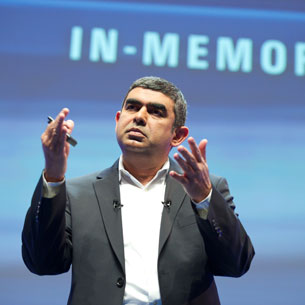 In memory with Vishal SikkaSAP’s chief technology officer, Vishal Sikka, was one of the executives to emphasize the importance of SAP’s new in-memory technology, which enables much speedier analytics and near real-time query responses.

Businesses can either build a new in-memory architecture, or plug an appliance developed with partners Intel Corp. (NASDAQ: INTC) and Hewlett-Packard Co. (NYSE: HPQ) into their existing networks. 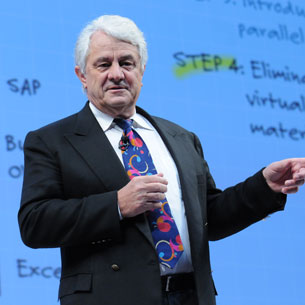 Plattner demonstrated the power and speed of in-memory databases. He went on to pledge that by using in-memory databases, any business query in a company the size of SAP could be returned and presented in an industry standard format, such as Microsoft Excel, in less than a second. 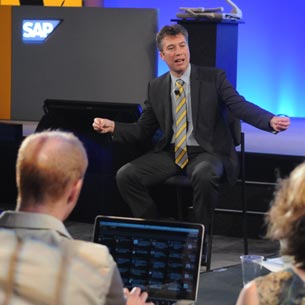 For more, read Measuring sustainability is an IT challenge 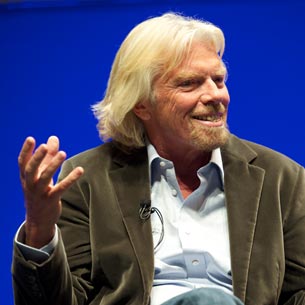 Sir Richard hits SapphireVirgin founder and boss Richard Branson was among the celebrity keynoters at Sapphire, and he devoted much of his time to talking about the role the private sector can play in sustainability.

One way Branson is taking the lead is by creating a “Carbon War Room” where entrepreneurs collaborate and share best practices on reducing carbon input.

“The enemy is carbon, but there was no war room to co-ordinate the attack on carbon. And while there were many great ideas, there was no central command centre to fight this invisible enemy.” 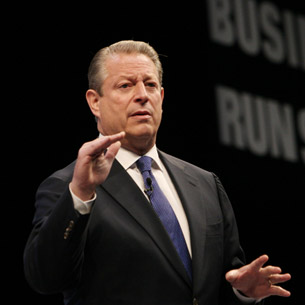 Gore, who has partnered with Virgin’s Richard Branson on the Carbon War Room, called SAP a leader on sustainability issues that is eating its own cooking.

“Even though this is the right thing to do, all business leaders that focus on sustainability are better off,” said Gore. 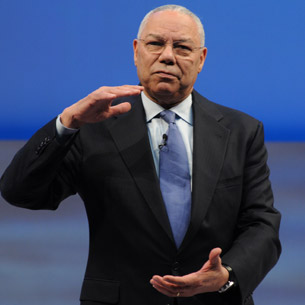 Now a venture capitalist, Powell had some amusing stories about the transition from Army life to the State Department, and from very-important-government person to average Joe.

Powell, an information junkie, also said he’s trying to become digital. “I still have trouble because I was born analog.” 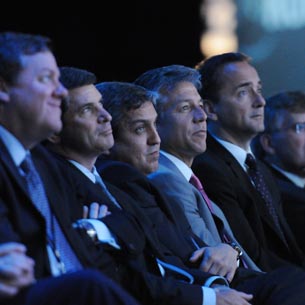 SUBSCRIBE
Previous article
Microsoft Worldwide Partner Conference 2010
Next article
Channel executive shuffle: Who’s in and who’s out so far in 2010

Evolution of the modern keyboard