They’re touted to be bigger, faster and hotter than its predecessor and competitors. Apple’s new iPhone 6 with 4.7″ screen and the iPhone 6 Plus with a larger 5.5″ were boldly described by Apple CEO Tim Cook as “the best phones you have ever seen,” during the devices’ launch event in Cupertino, Calif.

The devices may be the focus of the media spotlight and the toast of the Apple-loving community for now, but let’s face it — they’re just devices.

In a few months or so some other mobile device manufacturer will come out with the next hottest thing (perhaps it will Apple itself) and that tingling sensation that iPhone 6 and 6 Plus users feel in the pockets will just be the vibration of yet another text message. We’re not iPhone bashing here. That’s just the way things go.

Perhaps the price of the new iPhones is just too steep. Maybe you’re the type that doesn’t want to go with the herd. You probably never were an Apple fan. For whatever reason it might be, you’re probably thinking there must be some other mobile device you can buy other than the iPhone 6.

There’s certainly no shortage of those, click on to discover six of them. 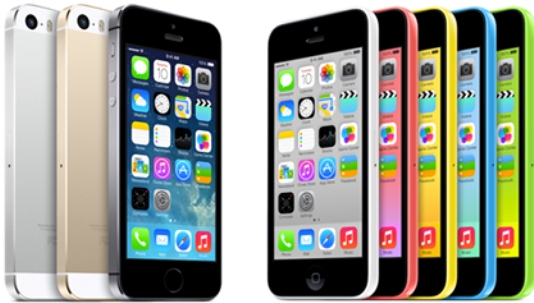 With a 5.2″ display the Xperia Z2 is slightly larger that its predecessor and it’s more amped up with a Qualcomm Snapdragon quad core, 2.3 GHz processor. The 4G LTE device has a 32000 milliamp per hour battery and a 20.7 megapixel camera that uses BIONZ, a mobile image processing engine that produces sharper photos and videos.

It is now possible to play back movies and TV shows offline on Google Play, the company’s app and media marketplace. Chromebook users can now save on their device any content they purchase from Google Play. 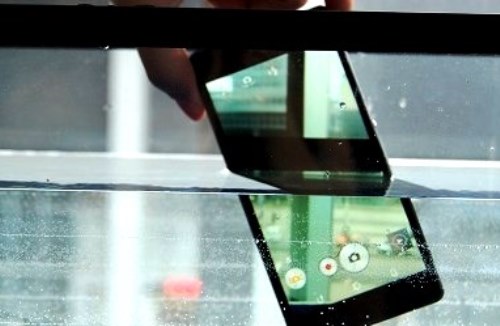 On the lead-up to Apple’s iPhone 6 announcement, there was much talk about the near field communication features of the device and how it will enhance mobile shopping for users.

Back in July this year, Amazon actually released a US$199-phone geared for mobile retail. The Fire came with a feature called Firefly which uses text recognition to idenify anything. For instance, users can scan an email address and instantly add it to his Contacts, or scan a movie or listen to music and almost instantaneously be brought to a page on Amazon where he can download and purchase that product.

Amazon Fire also comes with a dynamic perspective feature that lets users view some content from a 3-D perspective. 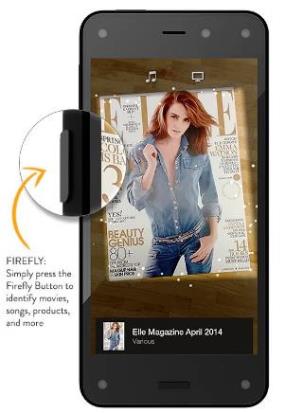 Samsung Galaxy S5
The camera is one of the key buying decisions for many smart phone purchasers, a fact that is was not lost to Samsung when they developed the 16 megapixel main camera with selective focus and high dynamic range and the the 2.0 megapixel front-facing camera for the S5.

The S5 comes with 16GB built-in memory plus maximum 128GB memory card support. It has a quad core processor and a battery capable of 21 hours of talk time. 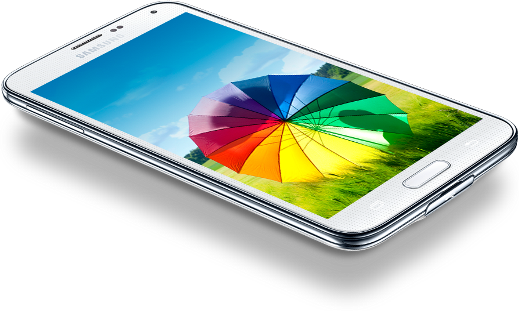 Do you wanna buck the trend, go fashion-forward and wave the Canadian flag all in one go? If you can afford to wait, BlackBerry is slated is slated to release its new Passport device in London, sometime in September. That means we in Canada will likely get our hand on this device a few weeks later.

Passport roughly has the dimensions of.. well a passport. BlackBerry says the passport has the same vidwing space as a typical 5″ display but its square screen offers a “better viewing experience” and has been described as “the IMAX of productivity.” A normal rectangular smart phone shows approximately 40 characters. The Passport will show 60 characters on its 1440×1440 resolution display. 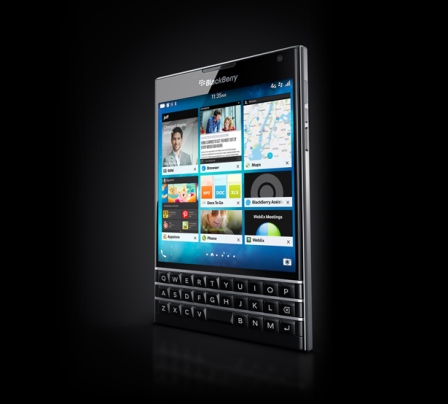 Samsung Galaxy Note 3
With its large 5.7″ screen incorporating pen functionality, the Galaxy Note 3 does the iPhone one better because you’ll probably not need to carry a tablet with you when you’re using this Samsung device.

The Galaxy Note 3 is also able to run two apps side by side on its screen. It has 10 to 11 hours of battery life and its the refuted to be on of the best Android phablets to date. Samsung also recently unveiled its Galaxy Note 4 device with a 5.7″ display that has 518 pixels per inch – 300 per cent more than what the Note 3 has. 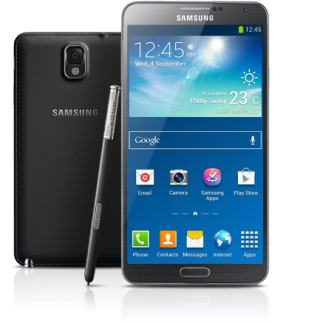 Who says your iPhone 6 alternative can’t be an iPhone as well? It wasn’t a ground-breaking smart phone but the iPhone 5S, which was released last year, is still a pretty good phone.

It has a 4″ display which is slightly smaller than the budget 5C’s screen, but it ciomes with an A7 processor and what Apple calls a “desktop-class architecture” 64-bit chip. The company says the 5S is 56 times faster that the original iPhone. The device also has a 3D graphics engine for gaming as well as a motion co-processor for health tracking apps. The 5S also features the Touch ID figerprint scanner which secures purchases from the iTunes store 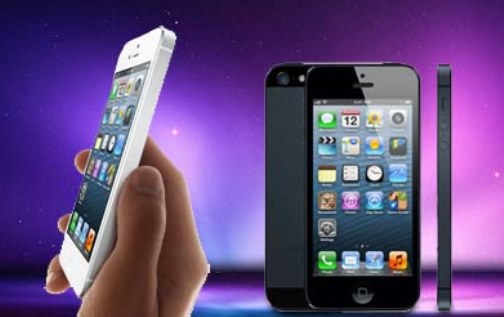 2019 Channel Innovation Awards at a glance