The 14 biggest tech acquisitions of all time Mergers and acquisitions are frequent letdowns for all parties involved. Stuff can look great on paper, but when it comes to actual execution, things can get complicated and costly fast.

A Harvard Business Review report from 2016 says 70 to 90 per cent of acquisitions are “abysmal failures.”

But when all angles are covered, the results are hard to deny.

The list, which now includes Salesforce’s acquisition of Slack, is up to date as of August. 10, 2021.

In what would be a decade in the making, storage management software maker Veritas Software Corporation was purchased in 2005 and only reemerged as Veritas Technologies Corporation under Symantec that year.

Intel Corp. announced in mid-March that it will be acquiring Mobileye NV, an Israel-based company specializing in chips for vision-based autonomous vehicles, in a deal valued at approximately $15.3 billion. An Intel subsidiary will buy all Mobileye shares for $63.53 per share in cash as the company ramps up investment in the automotive industry to become a leader in self-driving technology.

However, the transaction is unique in the sense that instead of Mobileye being integrated into Intel like a typical acquisition, “Intel’s Automated Driving Group will be integrated into Mobileye,” says Ziv Aviram, the company’s cofounder, president and CEO, in a Mar. 13 email to employees. The deal will create a global autonomous driving organization that will be headquartered in Israel and led by Amnon Shashua, Mobileye’s other cofounder, as well as chairman and CTO.

Despite the huge sum, price per share for EDS was only $25. The company itself was quite large, with 210,000 employees worldwide. The deal was approved unanimously by both HP and EDS boards of directors.

Saleforce’s desire for Tableau was realized to the tune of a $15.7 billion all-stock acquisition in June 2019, making it the biggest purchase in Saleforce’s history and the eighth largest acquisition on our list.

As a cloud-based software company, Salesforce specializes in customer-relation management using a suite of services. With this in mind, its reasons for wanting Tableau, which specializes in data analysis, is palpable. As of this post’s latest update, Saleforce’s integration strategy for Tableau remains unclear. The 2014 deal, which may have costed the social network up to $22 billion when all was said and done, netted it more than just a hugely popular internet-based messaging app, it also came with 450 million users. There is a new acquisition in third place, and the title goes to Microsoft. The spot was formerly held by Facebook’s acquisition of WhatsApp.

At $26 billion, this deal would become not only the third largest tech acquisition of all time, but also Microsoft’s largest acquisition under CEO Satya Nadella. However, he is far from the first executive to try to put a stamp on the company with an acquisition.

With its acquisition of business group chat megastar Slack, Salesforce appears ready to take on Microsoft and their Teams software head-on.

Confirmed by the company in December 2020, the deal was finalized in late July 2021. The deal ultimately saw Slack become an operating unit of Salesforce led by Slack’s current CEO, with its platform joining the Salesforce cloud application portfolio moving forward. The new entry to the top 10 tech acquisitions list reached an impressive No. 3 spot. The announcement that SoftBank Group Corp. would be purchasing U.K.-based chip designer ARM Holdings PLC for 24.3 billion pounds ($32.2-billion) represents a sound, but head-scratching, investment by the Japanese telecommunications giant, experts say.

Those that spoke with CDN were up in arms over whether the acquisition of a chip maker – a ubiquitous one at that – was a good strategy for a company better known for software.

The purchase of Compaq was, arguably, one of the worst deals in the tech industry. Back in the days when HP was looking to grow rather than shed parts left and right, it acquired the PC maker at a staggering $33.6 billion. This took place despite the fact that both companies were struggling before the acquisition was announced.

The deal that was touted as a shake-up for the industry led to a drop in HP’s stock prices to less than half, and was accompanied by accusations of vote-buying among shareholders. Then-chief executive and most recently U.S. presidential hopeful Carly Fiorina was fired for trying to put her stamp on the company. 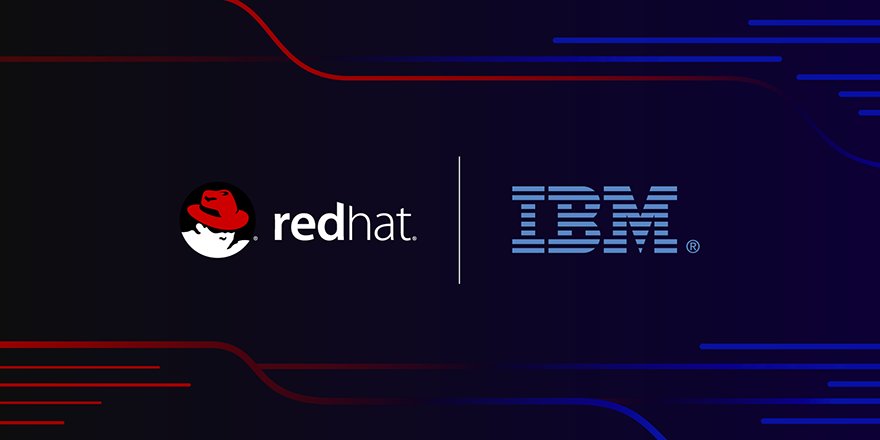 Raliegh, N.C.-based Red Hat was founded in 1993 and has built a multi-national firm based on providing enterprise services around open source software, and is perhaps best known for its Linux server operating system. Its collaborated with the wide-ranging IT solutions and services provider IBM for the past 20 years, according to a press release. Those projects included developing Linux for the enterprise and more recently, on hybrid cloud infrastructure.

In a statement, IBM CEO Gini Rometty framed the deal as one that will make IBM the leader in hybrid cloud solutions, and remain firmly committed to open source. She says Big Blue is set up to lead a market that’s worth more than $1 trillion. The deal strategically pits IBM against Amazon Web Services and Microsoft Azure, which use proprietary platforms in their public cloud operations. 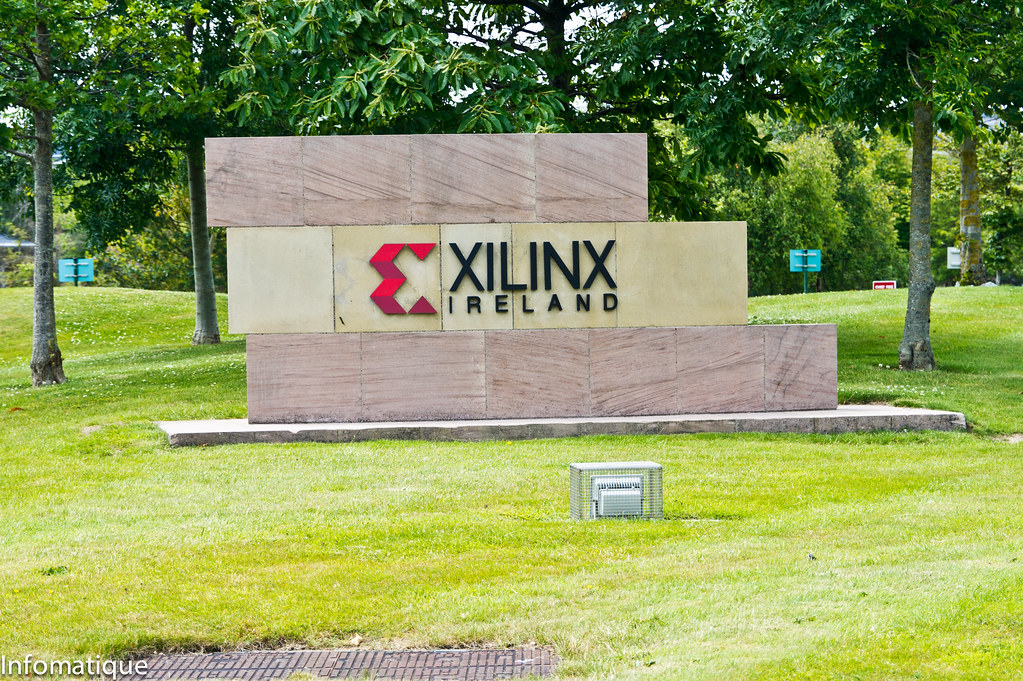 In October 2020, AMD made a major play by acquiring field-programmable gate arrays (FPGAs) manufacturer Xilinx for $35 billion dollars. The deal is expected to be completed by the end of the calendar year, having already cleared important hurdles with U.S., U.K, and European regulators.

AMD, who primarily focuses on the CPU and GPU markets, will use this acquisition to expand its product portfolio with the all-stock deal. The move will allow AMD to make a stronger push into the network and telecommunications sectors with the reprogrammable FPGA chips.

When Avago set its sight on Broadcom, it spent $37 billion to nab its entire asset, cementing the acquisition as the second biggest tech purchase in history.

Avago Technologies was a semiconductor technology company that mostly produced chips used in industrial and communication settings. Broadcom, on the other hand, produced wireless communication equipment. After the acquisition was finalized, Avago promptly consolidated its name into Broadcom.

But even the Broadcom acquisition seemed paltry compared to the bold offer for Qualcomm Inc. Soon after changing its name, Avago (now Broadcom Ltd.) tried to snag Qualcomm with a $121 billion offer — double what Dell paid for EMC and the single largest offer in the tech industry, ever. Unfortunately, the deal was ultimately blocked by U.S. President Donald Trump due to national security concerns. 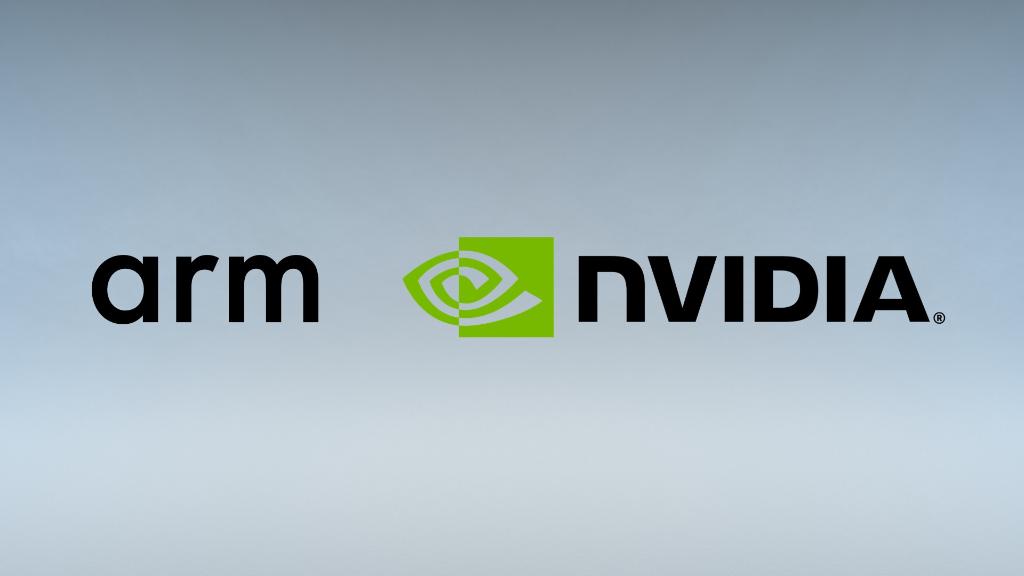 NVIDIA has acquired Arm Limited from SoftBank Group and the SoftBank Vision Fund (together, “SoftBank”) in a transaction valued at $40 billion, which makes it the second-largest tech acquisition of all time and the largest of this new decade. As part of NVIDIA, Arm will continue to operate its open-licensing model.

The combination brings together NVIDIA’s AI computing platform with Arm’s ecosystem to create the computing company for the age of AI, accelerating innovation, says NVIDIA. SoftBank will remain committed to Arm’s long-term success through its ownership stake in NVIDIA, expected to be under 10 per cent.

In what has now become the largest tech acquisition of all time, and one of the largest in any industry, hardware maker Dell purchased storage giant EMC for a whopping $67 billion in 2016.

The latter will now be renamed to Dell Technologies. The acquisition means that Dell will become relevant in four major areas, namely servers, storage, virtualization and PCs. The company wants to be an end-to-end technology provider.

In what may sound like a bad deal on paper, Google paid $12.5 billion for Motorola’s mobility business only to sell it to Lenovo for $2.91 billion a couple years later. Yet, this would be to misunderstand Google’s strategy for buying Motorola in the first place.

Unlike most other acquisitions, this was about Google acquiring patents (which the search giant retained after the sale to Lenovo) to defend itself against Apple rather than have an integrated hardware maker. In the end, with the purchase process and delays applied and Lenovo’s payment factored in, Google only paid about $3.5 billion for Motorola’s patent portfolio. While AOL paid the twelve-digit figure for the media corporation, the former has all but faded in part due to the dot-com bust. While not a tech acquisition per se, it’s one that can’t be left off the list.