There are two time-honoured schools of thought when it comes to high tech advertising. The first touts the many virtues of the featured product in an attempt to show that it’s superior to competitors such as the case with Jerry Seinfeld and Microsoft.

The second makes an end run around reason, hires a celebrity, and has them do something ridiculous in the general vicinity of the product. From Mr. T playing non-existent classes in World of Warcraft to Chuck Norris passing out, we’ve found some of the more interesting celebrity high tech ads.

Find out who else made CDN’s list of Top 10 high tech celebrity endorsers in our slideshow. 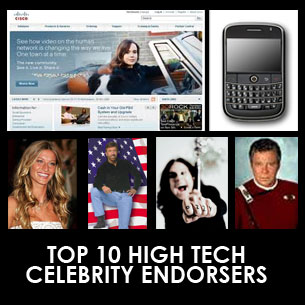 Nintendo Wii players got a taste of professional hockey from arguably the greatest player in hockey history – Wayne Gretzky.

NHL Slapshot was the name of the game and it came with a hockey-stick shaped remote and nunchuck endorsed by the Great One himself. The stick remote was the first-ever third-party accessory for the Wii to gain Nintendo’s approval to be packaged with a game. 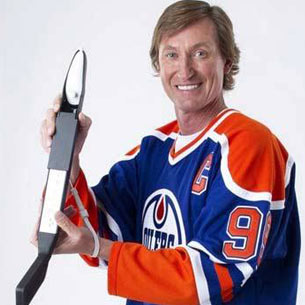 For those who remember the Commodore 64 or its VIC-20 product you probably were a fan of the original Star Trek which starred Quebec-born William Shatner as Captain James T. Kirk of the Star Ship Enterprise.

The TV spots are more than just vintage but pretty cheesy. The slogan for the campaign was “Wonder Computer of the 1980s.” In hindsight, it should have been the Wonder Computer for the early 1980s. Shatner was unable to help Commodore go where other computer makers weren’t 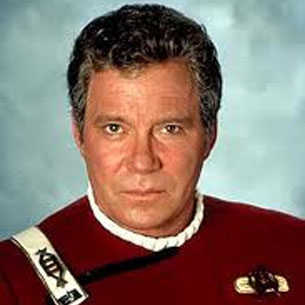 Nova Scotia native and star of hits such as Juno and Whip It, Ellen Page started appearing in Cisco TV ads almost out of the blue.

The first set of commercials were based in Page’s hometown of Lunenburg, Nova Scotia. One of the more funnier ads promoted Cisco’s Umi product, a home version of its Telepresence where Page tries to get some work done via Telepresence only for her co-worker to be in amazement of the technology. 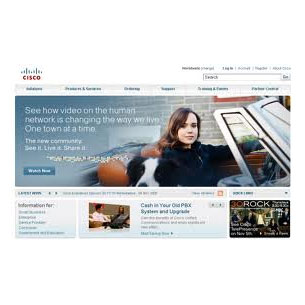 Jerry Seinfeld was hired by Microsoft to stem the tide that was Apple’s “I’m a Mac/I’m a PC” ads or the “Get A Mac” campaign that became a big hit. The US$300 million series of ads–for which the eponymous star of Seinfeld is reportedly getting paid $10 million–is intended to perk up Microsoft’s stodgy image while also emphasizing the ability of the Windows OS to break down barriers.

Here is the funny, but uninformative ad from Microsoft. 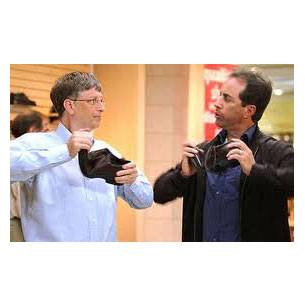 Love them or hate them Apple’s “Get a Mac” advertising campaign was successful. And, it made a star of Justin Long, an unknown actor at the time. Long played the Mac role, while author and humourist John Hodgman was the PC. In Canada and the U.S. 65 different versions of the “Get a Mac” ad ran at one time or another.

The ads really hit their stride when Brazilian supermodel Gisele Bundchen made an appearance. The spot was called “Better Results” and featured Bundchen, who is married to NFL superstar Tom Brady of the New England Patriots, as what you can achieve editing a movie on a Mac rather than a PC.

Click here to watch Gisele in her Get A Mac ad. 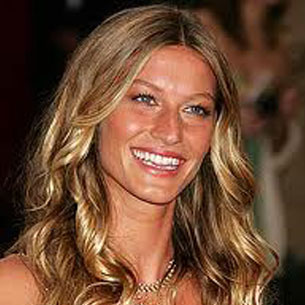 Besides endorsing Samsung products at CES in Las Vegas, the manufacturer of large format displays and the NFL superstar, Dan Marino of the Miami Dolphins, also worked together in Samsung’s Four Seasons of Hope, the company’s cause marketing and good will program for Canada and the U.S., to help raise money research and treatment for childhood autism.

To date, Samsung’s Four Seasons of Hope program has raised more than $7 million for its charities.

Watch a short clip of Marino in action with Samsung. 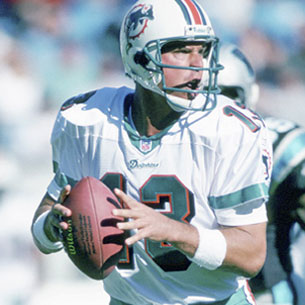 Samsung hops on a Crazy Train

Musician Ozzy Osbourne of Black Sabbath and reality TV fame also got some love from Samsung.

Osbourne, whose biggest hit was Bark at the Moon, was hired to promote Samsung’s new Jack Windows smartphone. The commercial has the so called Prince of Darkness, figuring out that he could replace his personal assistants with this device.

Here is the crazy ad. 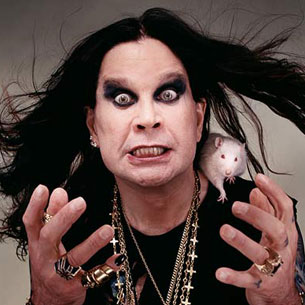 Gwen Stefani is a designer for HP

Everyone working in high tech loved Carly Fiorina as HP’s CEO because she helped to make IT cool. One of her ideas was using Gwen Stefani, lead singer for the band No Doubt, to design HP digital cameras.

Stefani, who joined Fiorina on stage at CES one year, designed the cameras for her fans and HP produced about 3,000 them in its HP Photosmart R607 Harajuku Lovers line. The Stefani cameras featured turquoise and white with maroon-coloured accents, including hearts and Japanese kanji and katakana characters. The camera retails for $249 and features a host of stylish extras, including a carrying case and charms that were designed by Stefani herself. 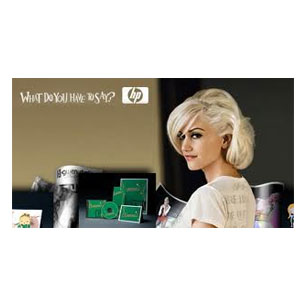 Mr T. for World of Warcraft

Not the most obscure celebrity tech ad, but still one of the best. By the way, Mr. T is apparently pretty good with computers, since WoW now includes Night Elf Mohawks in the game.

If you dare, click here to watch the commercial. 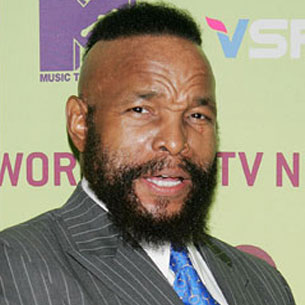 This final ad was part of a series from Czech T-Mobile that features action star Chuck Norris. Norris played, as you would expect, on the strength of his tough-as-nails, Internet-meme persona.

While some of these celebrity endorsers may be weird for the high tech industry, just stay tuned – a whole new generation of celebrities are growing up and ready to continue the tradition. I bet Justin Bieber is preparing to record an ad for Sony Japan as we speak. 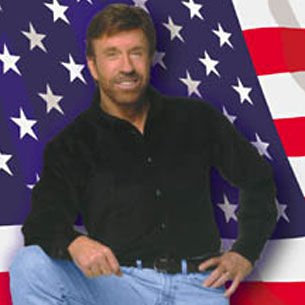 The 7 worst tech merger ideas ever