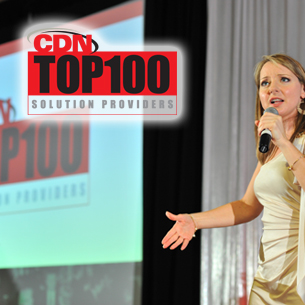 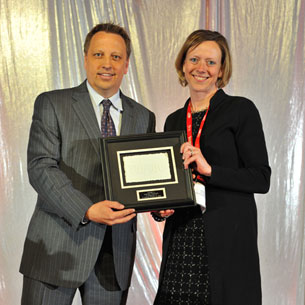 Softchoice for the fourth year in a row is the No. 1 solution provider in Canada. HP Canada’s Dave Frederickson presents the top prize to Nicole Wengle of Softchoice. 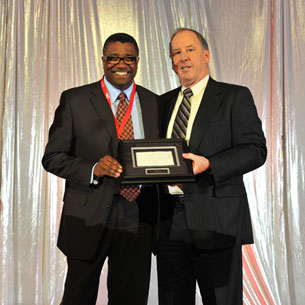 XWave moved up to the No. 2 position with more than 30 per cent year over year growth. Tech Data Canada president Rick Reid presented Anthony Wright of xWave with the company’s award. 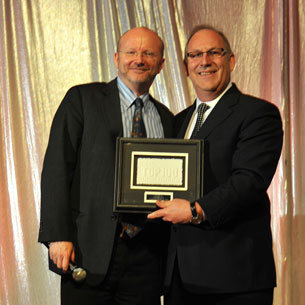 D-Link Canada’s Mark Ciprietti accepted a Top 100 award last year when he was at Insight Canada. This night he presented one to Andrew Stewart of Compugen.

Compugen will have a new home this year.
Click here to watch the video. 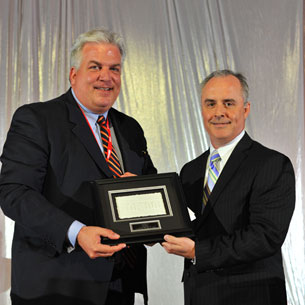 Thanks to a merger with a sister company Microserv, a perennial top ten finisher, Metafore bulleted into the top five. David Kelly of the new company was on hand to pick up the award from Fred Patterson of Symantec Canada. 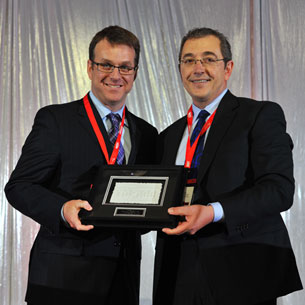 The national solution provider can tap into CompuCom to leverage some 60,000 certifications and 1,200 application developers. CCSI’s Phil Soper accepts the award from Joe Tersigni of IT World Canada 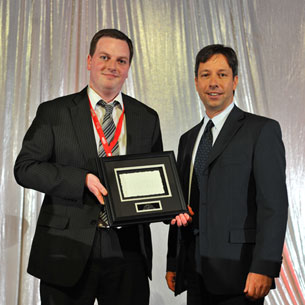 GenX Solutions barely cracked the list in 2008 but it didn’t look back in 2009, rising an impressive 24 spots in just one year. Kevin Peesker of Dell Canada awarded Ted Kernaghan of GenX. 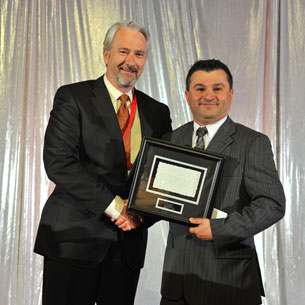 There were 12 newcomers to the Top 100 rankings, but it was JumpPoint who stood out. Former Unis Lumin boss Glenn Mowat picks up his award from CDN Editor Paolo Del Nibletto 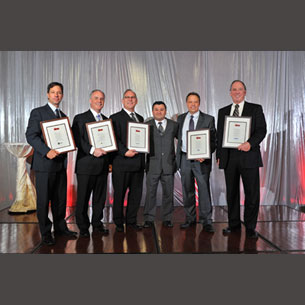 The Top 100 Solution Providers program and event would not be possible without the support of Dell Canada, Symantec Canada, D-Link Canada, HP Canada and Tech Data Canada. CDN thanks them. 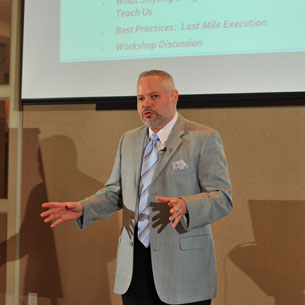 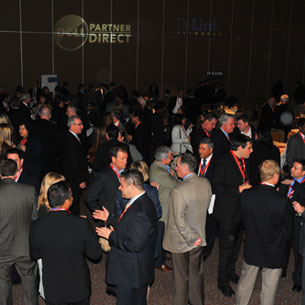 More than 200 IT solution providers from across Canada attended the event that showcases the best the channel has to offer.