Windows XP has mere days left: A look back at the long goodbye


Windows XP has mere days left: A look back at the long goodbye

Windows XP: most popular operating system ever? It’s hard to argue otherwise. With general availability in October of 2001, its well over 12 years later that Microsoft is finally pulling the plug, over the objections of many businesses still happily using their favourite OS.  But after several extensions, Microsoft will cut off support and updates on April 8, 2014.

It has been a long time coming, and for Windows XP, a long goodbye. We take a look back at nearly three years of Microsoft trying to cajole a market along to more modern systems. 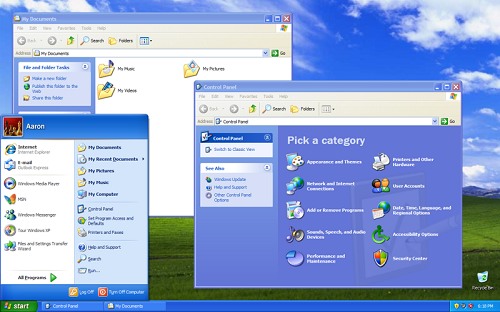 In August of 2011, Windows XP turned 10, coinciding with its original release to manufacturing.

Microsoft choose not to celebrate — no congratulatory blog, press release, or even cake and ice cream. Although, to be fair, most analysts agree that it was with the second service pack in August of 2004 that Windows XP truly hit its stride. “The Windows XP that people loved wasn’t [the original 2001] XP, it was XP SP2,” said Michael Cherry, an analyst with Kirkland, Wash.-based Directions on Microsoft, a research firm 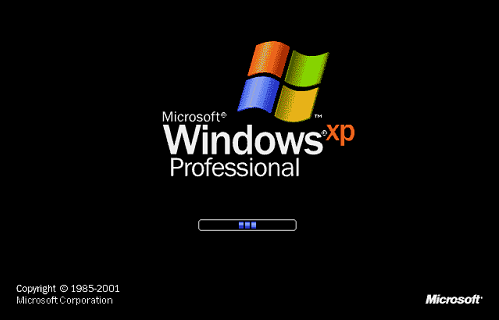 It’s September of 2011 and while Windows 8 is expected the next year, Microsoft and industry analysts are warning Windows XP laggards not to wait for the new OS to to leave XP behind. They warned that even if Microsoft met its timelines for releasing Windows 8, the time needed by corporate customers to test application compatibility and images would make it a bridge too far.

“Independent software vendors and enterprises will likely need nine to 18 months to obtain and test supported applications and plan deployments,” said research firm Gartner. “That means that most organizations would not be able to start deploying Windows 8 until the end of 2013.” 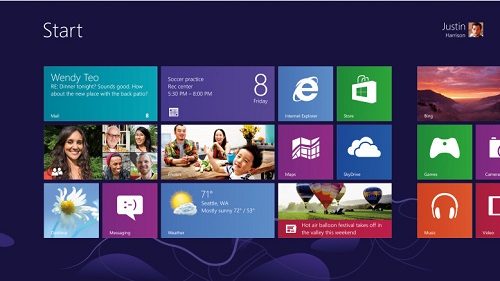 By January of 2012, the XP exodus was well underway. Windows XP lost 2.4 percentage points of share to post a December 2011 average of 46.5 per cent, a new low for the aged OS in the tracking of Web metrics firm Net Applications. The month’s fall nearly matched the record 2.5-point drop of October.

Windows 8 was only available in pre-beta, and most users went to Windows 7 — a trend that would continue for businesses well after Windows 8’s general availability. 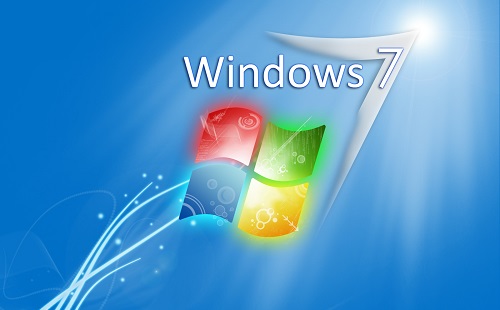 Would $84 be enough for you to dump Windows XP?

By April of 2013, most of the low hanging XP fruit for Microsoft to target for migration had been picked. Still, one third of businesses were still on the old OS. So the vendor decided to make them an offer they can’t refuse: unless they don’t find $84 an impressive sum.

To tempt users to make the leap to Windows 8, Microsoft offered a 15 per cent discount on Windows 8 Pro and Office 2013 Standard to users of the two soon-to-be obsolete programs, which worked out to $84 at current licence prices of purchasing both.

Read more: Would $84 be enough for you to dump Windows XP?

At Microsoft’s Worldwide Partner Conference in July of 2013, Windows XP was a hot topic as the vendor gave partners their marching orders for the end of XP support.

Microsoft pitched two programs to support partners in moving their hold-out customers: Go2Modern and TouchWin. The former provided marketing, messaging and quoting tools and collateral, as well as rotating incentives in the months to follow, while the later specifically incented partner sales of touch-enabled Windows 8 devices.

Counting down to the Windows XP retirement party

Not long after the partner conference, with about 30 per cent of Canadian businesses still running Windows XP, Microsoft released an infographic highlighting its top eight reasons for business to upgrade to Windows 8 Pro.

According to some partners though, while hold-out businesses were getting the message about leaving XP, many choose to exercise their downgrade rights with Windows 8 and run Windows 7 instead as a more familiar OS with many years of support ahead.

Read more: Counting down to the Windows XP retirement party 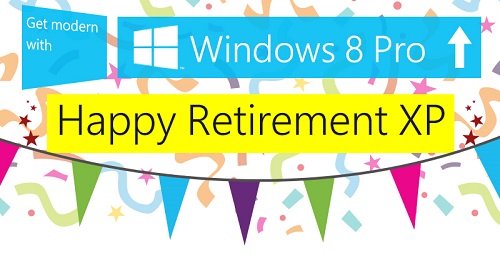 Microsoft Canada’s pitch on why you should ditch Windows XP

By September of 2013, with the clock on Windows XP winding down, Microsoft and its partners were still striving mightily to convince reluctant businesses to transfer that love to a new beau.

With some IT World Canada readers questioning Microsoft’s messaging around the need to migrate from XP, Microsoft Canada sent its CIO Steve Heck to our studios to bust some of the “OS migration myths” submitted by our readers.

Read more: Microsoft Canada’s pitch on why you should ditch Windows XP 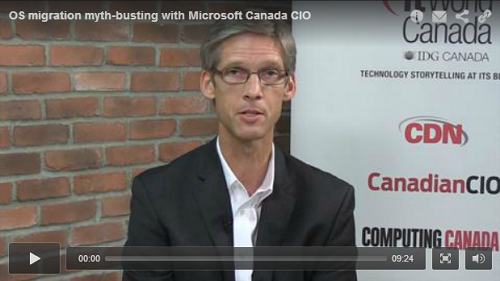 To help partners looking for strategies to work with clients on Windows XP migrations, CDN held a Twitter chat in October of 2013 with the hashtag #CDNwinXP.

Participants doscussed the merits of upgrading to another OS and the pitfalls of continuing to run Windows XP. We also benefited from the insights of guest experts Brian Bourne of CMS Consulting, as well as Microsoft Canada’s James Nicholson and Derrick Valenzuela.

By January of 2014, there was more blowback at some of the messaging and tone Microsoft was using to try to move diehard Windows XP holdouts along to the land of the modern OS. In one communication, the vendor warned even permanently disconnecting a Windows XP machine from the Internet won’t protect businesses.

“Being disconnected to an internal network [sic], or using a USB or CD to transfer information, may reduce the attack surface but will still leave you vulnerable to several types of attacks once support ends. Aside from a few special situations, keeping your Windows XP machine in a sealed room on its own is not the right choice for your business,” Microsoft said in the document