Women of the Channel: A CDN Slideshow Special

CDN – Computer Dealer News, Canada’s IT voice for the channel since 1985, hosted the 4th annual Women of the IT Channel recognition luncheon at the beautiful Estates of Sunnybrook in Toronto.

More than 110 influential women executives in the Canadian IT channel attended the event sponsored by Ingram Micro Canada. CDN, along with Ingram Canada, honoured four amazing women executives who work for solution providers. The event was highlighted by two morning session: one from Cisco Canada executives Rebecca Leach and Trina Alexson and another from SAP Canada hosted by their channel chief Mary Peterson. The event was moderated by CBC Radio News anchor Jill Dempsey and the keynote speaker was journalist pioneer Dini Petty. 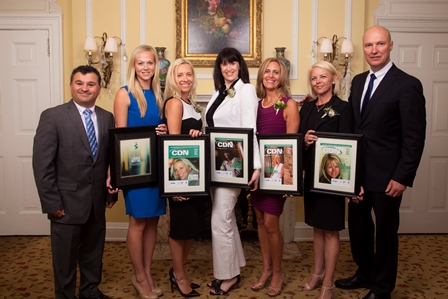 Raising awareness to Women of the IT channel in Canada

More than 110 executives attended the 4th annual CDN Women of the IT Channel Recognition Luncheon.

As a comparison, CDN only attracted 67 attendees for its first ever Women’s luncheon in 2011. Have we moved the needle with getting more women into the sector? We have, slightly. There is still an imbalance in the ICT workforce in Canada. We’ll have a shortfall of one million ICT workers by 2020. Currently the ratio is 75-25 in favour of men, but what’s encouraging is that Ipsos Reid found a 38 per cent increase in the number of women applying for ICT jobs in Canada. And, enrolment of young women to STEM education in universities and colleges grew nine per cent. 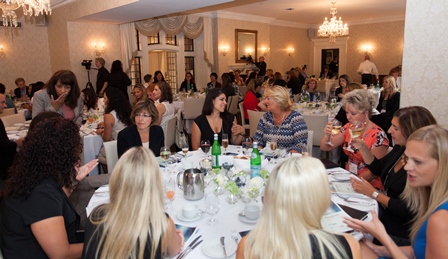 For the second year in a row Cisco Systems Canada executives Rebecca Leach (pictured) and Trina Alexson ran a workshop prior to the CDN Women in the IT Channel recognition event. The topic this year was called the Human Network Effect and covered topics such as mentoring and developing a personal brand. 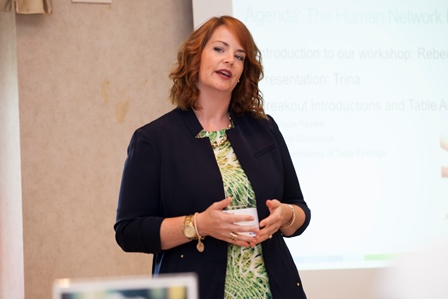 Read more: Women in the Channel: The Human Network Effect 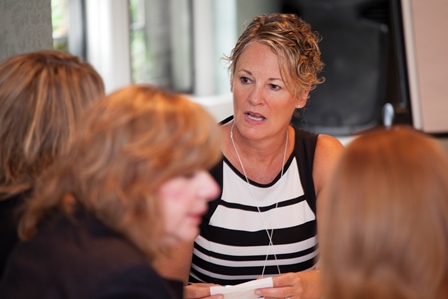 Read more: How women in the channel can be strong leaders

Women of the IT channel moderator

The master of ceremonies for the CDN Women of the IT Channel Recognition luncheon was CBC Metro Morning anchor Jill Dempsey. 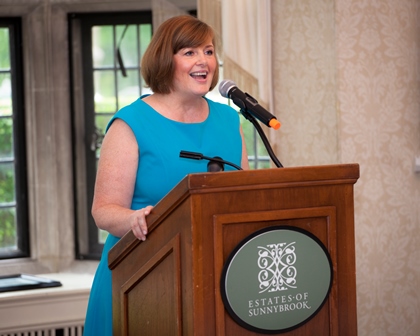 IT World Canada president talks about being affirmative

IT World Canada president and CDN Publisher Fawn Annan gave an empowering speech about Sarah Josepha Hale, the American writer and editor, who in 1830 wrote the poem Mary Had a Little Lamb. Through affirmative action Hale successfully campaigned for the creation of the U.S. Thanksgiving Day holiday by writing a letter to President Abraham Lincoln. 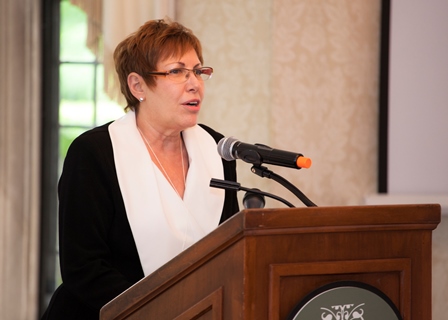 Mark Snider, the president of Ingram Micro Canada, talked about some of the women leaders and heroes at the distributor such as Jennifer Johnson, Susanne MacDonald, Rose McKinnon and Nancy Stabile. 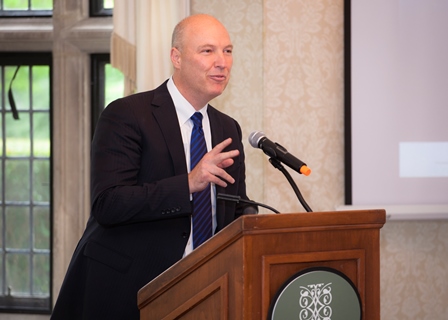 And now its time for the honourees

Jennifer Johnson, the senior director of marketing for Ingram Micro in North America, had the distinction of presenting the 2014 honourees. Johnson recently participated in the CDN Twitter Chat on Women in IT. 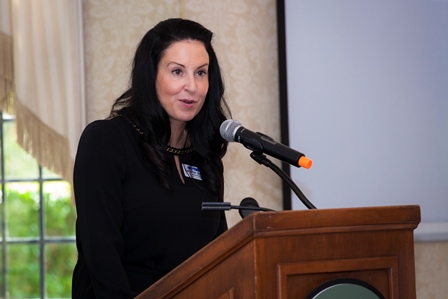 You can read that story here: Women should ‘raise their hand up with confidence’

Andrews joined CompuCom in 2007, and is responsible for conceptualizing and managing strategy, tactics, and programs that create interest, demand, and recognition for CompuCom’s products and services throughout Canada. 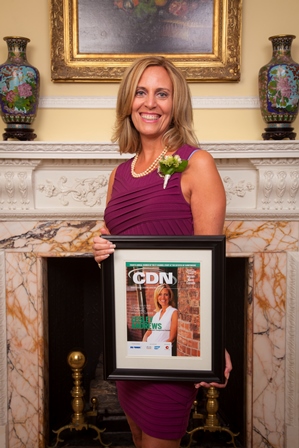 CDN is proud to honour Julie Cloutier, vice-president of sales at ESI Technologies.

With ESI since its foundation in 1994, Julie Cloutier’s dynamic energy has been actively contributing to the company’s growth and success. 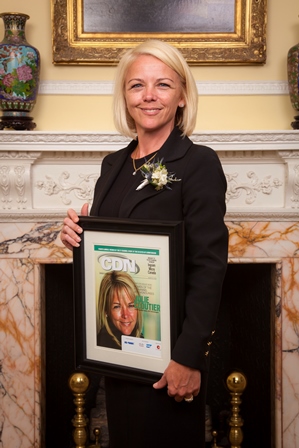 CDN is proud to honour Janice Siddons, COO of TUC Managed IT Solutions of Ottawa. As COO at TUC, Siddons’ responsibilities include managing the day-to-day operations of all departments with a clear mandate on motivating each team member. She says that TUC’s customer experience is her No. 1 focus. 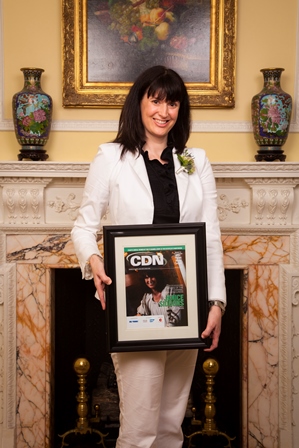 CDN is proud to honour Joanna Strong, president and CEO of Commerx.

Since joining Commerx in 1988, Joanna has held nearly every position in the company.  From working in the warehouse, admin and accounting roles, to marketing (including event planning), inside and outside sales, purchasing and most recently as the Vice President of Operations – these Twenty-five years immersed in this firm has groomed her for her current role as President and CEO today. 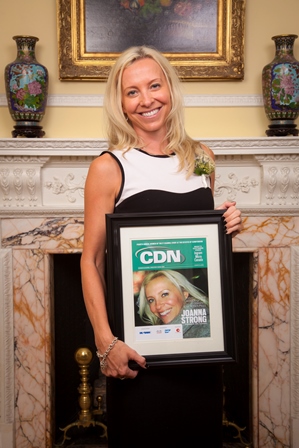 The Rising Star of the channel

For the first time, CDN is proud to honour someone with five years or less experience working in the channel.

CDN along with Ingram Micro Canada believe that up-and-coming woman workers in the channel should be recognized. The first time winner was Laura Wittig as voted on by the Canadian Channel Chiefs Council.

Wittig is a Winnipeg-based sales professional for 2013 CDN Solution Provider of the Year Clear Concepts. Since joining Clear Concepts, Wittig has established herself by forging meaningful business relationships with a number of prominent local accounts, including: the largest School Division in Manitoba. Wittig has also delivered spectacular results and is current 126 per cent over her sales budget for 2014. She has made a definite impact on manufacturer relationships’ as evidenced by a quote from one top partner “Laura is beyond awesome.” 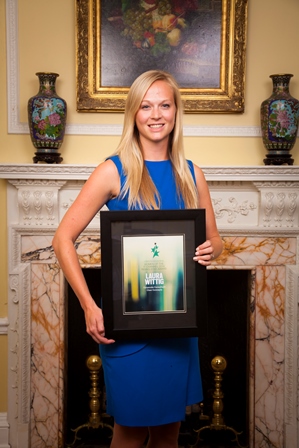 Pioneering broadcast journalist Dini Petty of CityPulse fame was the keynote presenter at the CDN Women of the IT Channel recognition luncheon.

Petty, who started her media career as the first ever female traffic reporter to actually pilot the helicopter, advised attendees to take care of themselves first by using four simple things: drink water, eat food, rest and exercise. 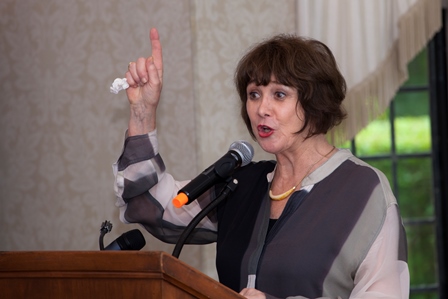 Two senior members of the Canadian Channel Chiefs Council were in attendance at the CDN event. Pictured here is Corinne Sharp former Microsoft Canada channel chief and senior advisor for C4, Susie Ibbotson, vice president of marketing for Navantis and VP of Finance for C4 and her co-worker Cindy Scarborough. 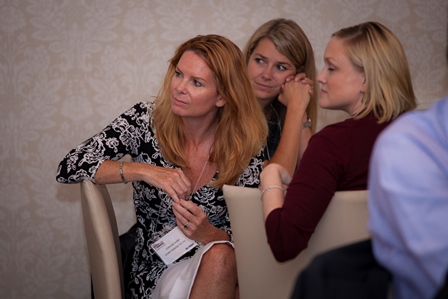 CDN Women of the IT channel honouree Janice Siddons with her sister Lori. 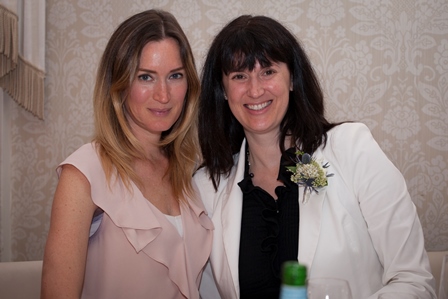 Supporting CDN 2014 Women of the IT Channel honouree Julie Cloutier is Sean Sears, the vice president of sales and General Manager at ESI Technologies of Montreal. 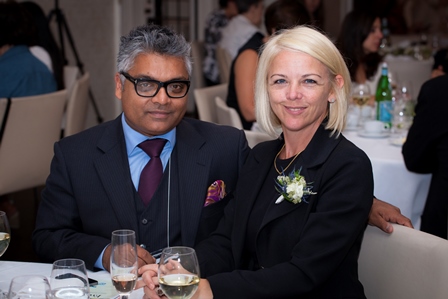 Insight from someone at Insite Computer Group

Andrina Rose was a great participant at the event and at the morning workshop from Cisco Canada. Rose is the marketing and sales manager at CDN Top 100 solution provider Insite Computer Group.  Joining Rose at her table was Anu Vijh of Symantec Canada and Kim McAdam of Commerx. 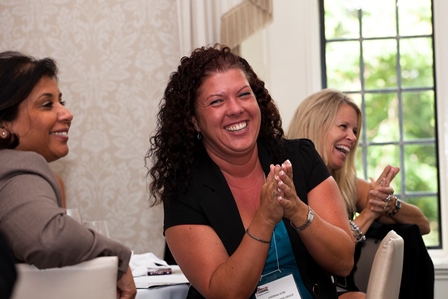 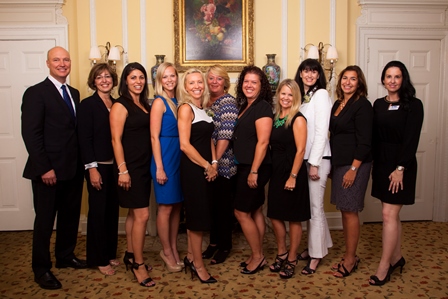 Six looks at the new MacBook with Retina display