While governments often try and make do with existing systems, often delaying investments in technology infrastructure because of the expense, they might want to reconsider this approach.  Given the price of crime to our economy — both the direct cost of enforcement and incarceration plus the indirect cost of lost productivity and impact on Gross Domestic Product —  public safety management technology is one investment that can save a government money. 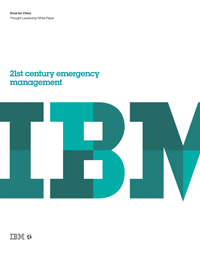 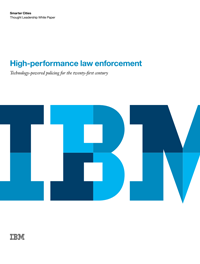 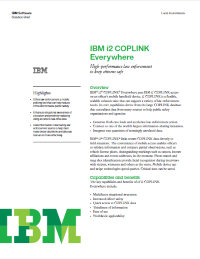 It is well established that crime is a significant drag on economic growth. People and businesses won’t locate in high crime areas, depressing property values and tax revenues. Then there is the high cost of policing, of the courts, and of incarceration. The average cost of crime per taxpayer in the U.S. is a staggering US$3,257. Crime also diverts public resources from other areas of more productive investment.

And, that number is only to increase. While some progress has been made in fighting crime over the last decade, the overall rates are still significant and law enforcement organizations are facing complicated new threats in international and domestic terrorism.  What’s more, with tightening budgets, public safety organizations are being asked to do more with less. Canada’s public safety services faced cuts of nearly 9.9 per cent between 2011 and 2015.

With public safety organizations also facing challenges around siloed information and interoperability with other agencies, a successful, pragmatic and cost-effective resolution to these issues is found in automation and technology. As part of its Smarter Government initiative, IBM has developed a smarter approach to public safety management that uses technology to develop competencies in five key areas that can help public safety agencies do their job more effectively.

First is access to relevant data. Non-digitized data, such as arrest records, need to be digitized in order to be easily searched, and expanded to include digital video, audio and social networking sources. Good data is the foundation for every other competency.

Second is coordinated, integrated trusted information systems. Information siloes within an organization need to be eliminated, contradictory and duplicate data rationalized, and information presented so it can be synthesized it into actionable intelligence.

Third is enhanced situational awareness. This requires a more integrated approach to public safety, with a centralized and automated system expediting data sharing — from alerting a first responder to updating and changing real-time information to facilitate safer, faster, and more effective responses.

Fourth is proactive planning and intelligence-based decision making. Detectives are the original data analysts, but they’ve had to rely on memory and paper-based files. Advanced analytics,  enabled by integrated data systems, can quickly discover unseen correlations between seemingly unrelated cases, and even identify hot spots of potential criminal activity in advance.

Finally, fifth is unified threat assessment and response capability. This brings all the competencies together and increases collaboration between emergency services and other city departments to assess, predict, prepare and respond to public safety incidents through a command centre.

These five competencies and how cities have already put them into place are explored in depth in Accelerating economic growth and vitality through smarter public safety management, a white paper from the IBM Institute for Business Value.