It looks like AMD has saved the best for last. Following its recent announcement of the third-gen Threadripper processors, AMD yesterday confirmed that its monstrous Threadripper 3990X will arrive in 2020.

The upcoming AMD flagship 3990Xmprocessor will feature 64 cores / 128 threads; an extremely high-core count even for a HEDT processor. Built on the AMD Zen 2 architecture, it uses the same sTRX4 socket as the other chips in its lineup.

But there are major differences between the third-gen and its predecessors. AMD’s Zen 2 architecture first debuted in the form of its third-gen Ryzen processors. Compared to the previous generation designs, AMD has separated the core cluster and input/output (I/O) controllers into separate dies. This new design addressed the memory access efficiency and latency issues that plagued the first and second-gen Ryzen / Threadripper processors. 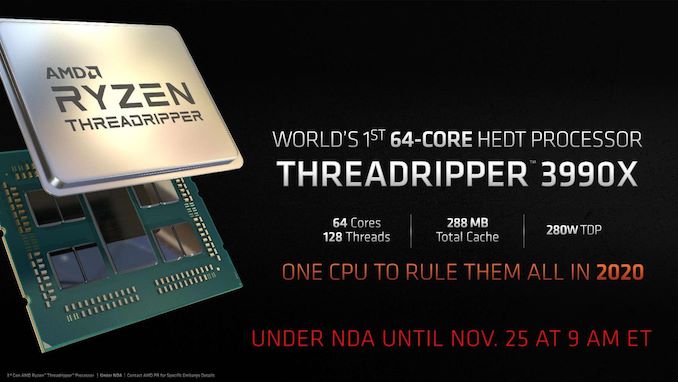