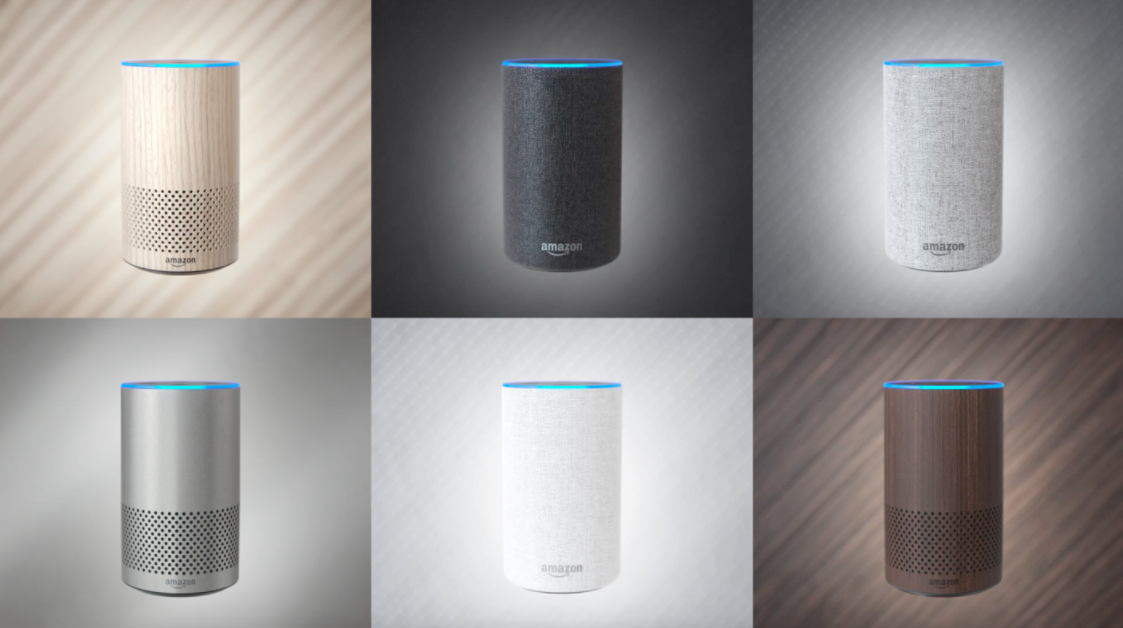 Amazon’s Alexa launch to the Canadian market may have been long awaited, but the ecosystem of Canadian-based Skills will assemble almost immediately.

Some of Canada’s top national brands have Alexa Skills that will be available to enable when Alexa’s Echo devices ship to the Canadian market on Dec. 5. Others expect to be available by the end of the year. From Manulife Financial Corp., to Air Canada, to Telus Corp., and TD Bank, firms have been collaborating with Amazon to develop Skills that provide voice-activated access to a range of customer service features.

(For the uninitiated, Alexa Skills are akin to a mobile app that you’d install from an app store to your smartphone. The difference is it runs entirely in the cloud, with no client being installed on the local hardware.)

“We’re big believers in conversational commerce,” says Mark Nasr, vice-president of loyalty and e-commerce at Air Canada. “Voice is especially effective in a lot of different scenarios. Maybe you only have one hand free, or you’re driving your car.”

The lack of Alexa’s French language support doesn’t seem to concern any of the launch partners. Executives that spoke withIT World Canada simply say that they will be ready to provide French-language services when Amazon does so. As for Amazon, it won’t speculate on a timeline for French language support. But residents of Quebec are now able to pre-order the Echo devices like the rest of Canada.

Many of the brands working with Alexa are pushing their most-popular customer service requests to the smart assistant. Telus is one of the Amazon partners that will be offering a Skill as of Dec. 5, says Rob Currie, vice-president of mobile devices at Telus. The telecommunications carrier is also selling the Amazo Echo devices through its ecommerce channel. This is the first connected device that it’s done a pre-order for.

“We had such velocity on the pre-orders that we were monitoring it hour by hour to make sure we had enough inventory to fulfill it,” Currie says in a phone interview. “It was a surprise to us.”

Telus worked with Amazon on developing its Skill, which will allow users to place a phone call on their mobile device by asking Alexa. It leverages the Echo’s Bluetooth capabilities to connect with smartphones to place the call on its wireless network. Customers will also be able to check billing information, data usage, and add roaming packages to their plans.

Telus selected the features based on what would provide the most value to its customers, Currie says. It looked at what customers were doing most often on its My Account mobile app.

A similar approach was taken at Air Canada for selecting the features of its Skill. Users can retrieve flight status, ticket prices, and baggage carousel details. Those are among the top 10 points of information its customers are looking for online, Nasr says.

Manulife also took this approach, according to Xavier Debane, vice-president of innovation and business development.

“We looked at the top needs of our customers based on how they would use our app or our call centre,” he says. “We defined what we needed from a business perspective and what our customers needed.”

How Skills are made

Manulife developed its Skill in-house at its innovation labs in Kitchener, Ont. and Toronto. It involved the business to inform the teams of what featurs should be supported and to help integrate with the existing infrastructure.

Manulife was collaborating with Amazon as it moved through the design process, Debane says. It helped Manulife hone the user experience to work with Alexa’s voice-based interface.

Telus also collaborated with Amazon while building out its Skill, mostly for testing purposes, Currie says.

Air Canada worked with a partner to develop its Skill. RozieAI is an AI platform that brings natural language understanding to enterprises. Building with this platform will set up the airline to offers similar conversational interfaces across many platforms, including chatbots, says Nasr.

“We need to fit into our customers’ lives and preferences as best we can, not the other way around,” he says. “Over the last couple of years we were laser-focused on creating an all new web and mobile experience. Now we have a series of initiatives that will expand our participation in consumer digital channels.”

Whereas Google waited until its Assistant supported French language before launching its Google Home speakers in Canada, Amazon Alexa currently only speaks English.

The national brands that IT World Canada spoke with all emphasized that they seek to operate as bilingual, and will be ready to offer a French language Skill when it’s possible to do so.

“In Alexa’s case this is Amazon’s product and they set the direction around that,” Nasr says. “We’re looking forward to when French is rolled out, we’ll be providing French-language services too.”

None of the companies said they had any guidance from Amazon on when to expect French language support.