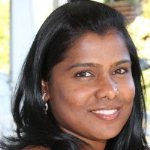 As FalconStor continues its evolution from an OEM model to a channel-focused model, including launching a new partner program and Partner Advisory Council in recent years, the data protection software vendor has also named a country manager to focus on growing the market and the channel in Canada.

A nearly two-year veteran of the company in the Vancouver area, Pramila Nair previously worked as a territory manager. She’ll be responsible for managing and growing both channel and enterprise business in Canada.

Before joining FalconStor in October 2011, Nair was a territory manager for Symantec in Dubai for four years, and also spend five years as a partner account manager with Microsoft. She holds an MBA in international marketing and marketing communications from the University of Leicester.

Jeff Jedras
A veteran technology and business journalist, Jeff Jedras began his career in technology journalism in the late 1990s, covering the booming (and later busting) Ottawa technology sector for Silicon Valley North and the Ottawa Business Journal, as well as everything from municipal politics to real estate. He later covered the technology scene in Vancouver before joining IT World Canada in Toronto in 2005, covering enterprise IT for ComputerWorld Canada. He would go on to cover the channel as an assistant editor with CDN. His writing has appeared in the Vancouver Sun, the Ottawa Citizen and a wide range of industry trade publications.
Previous article
IBM tries to resurrect Lotus products for channel opportunity
Next article
Long View wins Adobe partner award