Ottawa CEO Francoise Gagnon on leadership, scaling up, and women in STEM

Working in the science, technology, engineering and mathematics (STEM) industries without having any type of formal training in those fields can’t be easy, but ADGA Group chief executive officer Françoise Gagnon didn’t let that stop her.

Four years ago, she joined the senior management team of the defence and security company that her father founded in 1967 as part of a transition to take over his role as owner and CEO.

It wasn’t an easy road. Her father attempted to regain control of the company in the courts. In the spring of 2017, all parties reached a confidential settlement.

“It was the most harsh experience of my life that completely changed me as human being,” Gagnon told Computer Dealer News.

She also faced skepticism regarding her qualifications and ability to run a STEM industry company.

But coming through that part of her life has helped her develop the leadership skills she said she values so highly today.

“It was my stepmom that actually said to me; think of this company as a start-up, and that’s what we did.”

Gagnon and her team have since grown the company from 500 to 800 employees and have quadrupled the company’s contracts. 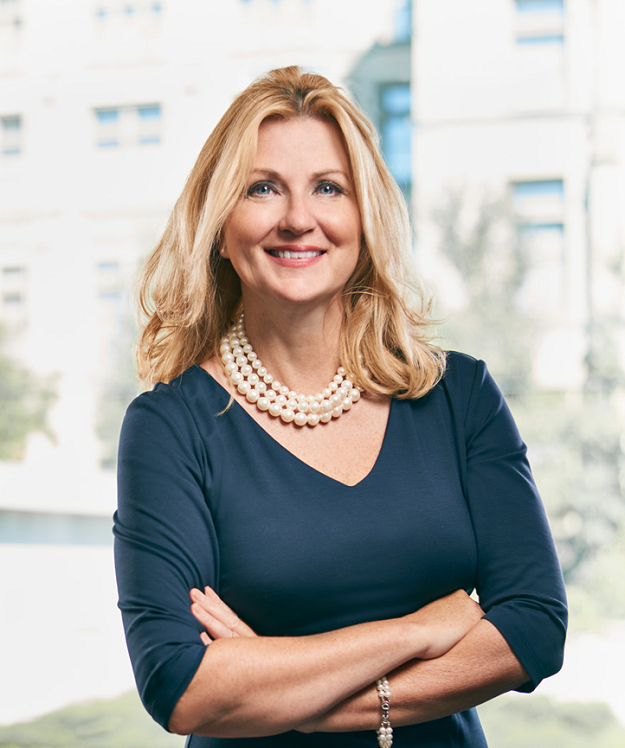 Before moving to ADGA, Gagnon was an executive director of an educational charity, and her husband and chief operating officer of ADGA, who made the move with her, was the general manager of The Westin Ottawa hotel.

“It wasn’t an easy road coming in here, being surrounded by engineers who are of a certain age and just look at you and go; what are you going to bring to this,” stated Gagnon. However, she feels that leadership and management skills are transferable regardless of the industry you’re in.

Gagnon’s solution to her limited industry know-how, “It’s important to recognize gaps in your knowledge and surround yourself with trusted people who can provide their expertise.”

Since taking over she has implemented a “rigorous” governance system and a strategic advisory committee, made up of leaders in each of ADGA’s three key services.

ADGA is a professional services company based in Ottawa, that specializes in defence, security and enterprise computing. It works extensively with the Government of Canada and the military providing defence related technology, it also offers security for businesses, and has even moved into the realm of space technologies.

According to Gagnon, a lot of the work and software systems that ADGA provides for the Department of National Defence (DND) are top secret but one of the projects she could tell us about involves having created a simulation training program for the military and airforce.

One such simulation software is built specifically for the Canadian government’s light armoured vehicles (LAVs), it allows a team of soldiers collaborate remotely from anywhere in the country while going through training that will simulate all types of terrain and hostile situations.

Within the past year, ADGA has also acquired two security firms, Presidia Security Consulting and Extravision Video Technologies Inc., expanding its offerings in that market to what it has dubbed “converged security solutions,” offering a range of services that includes, video surveillance and assessment of a company’s cyber security.

One of the dreams Gagnon has for ADGA is to make the company a positive work environment for people, specifically women.

She openly discusses the lack of gender diversity in her industry, noting that at industry events she often feels like the only female there.

And she may not be wrong, according to recent statistics from #movethedial, only five per cent of Canadian tech companies have a solo female CEO, with 53 percent of these companies having no women on the executive teams at all.

Gagnon said she is trying to break down barriers for women by providing training and education in areas like engineering, networking and finances. She told Computer Dealer News that she is currently developing a series of courses for her female employees to help them develop skills in those areas.

When looking to the future Gagnon said she plans to continue the growth as well as ensure that ADGA remains a Canadian owned company, (she’s what she likes to call “nauseatingly patriotic”).

Her number one focus though is building ADGA into a welcoming, forward-thinking environment offering things like daycare and flex hours for its workers in a defence and security industry that she feels has fallen behind in this area.

She said she would like ADGA to be a company that stands out in the market not only for its products and services but for its employee-first environment, a company that women can see themselves working for.

Meagan Simpson is a Jr. Staff Writer for IT World Canada. A graduate of Carleton University’s journalism program, she loves sports, travelling, reading and photography, and when not covering tech news she can be found cuddled up on the couch with her cat and a good book.