Q1 smartphone shipments get a boost from Samsung 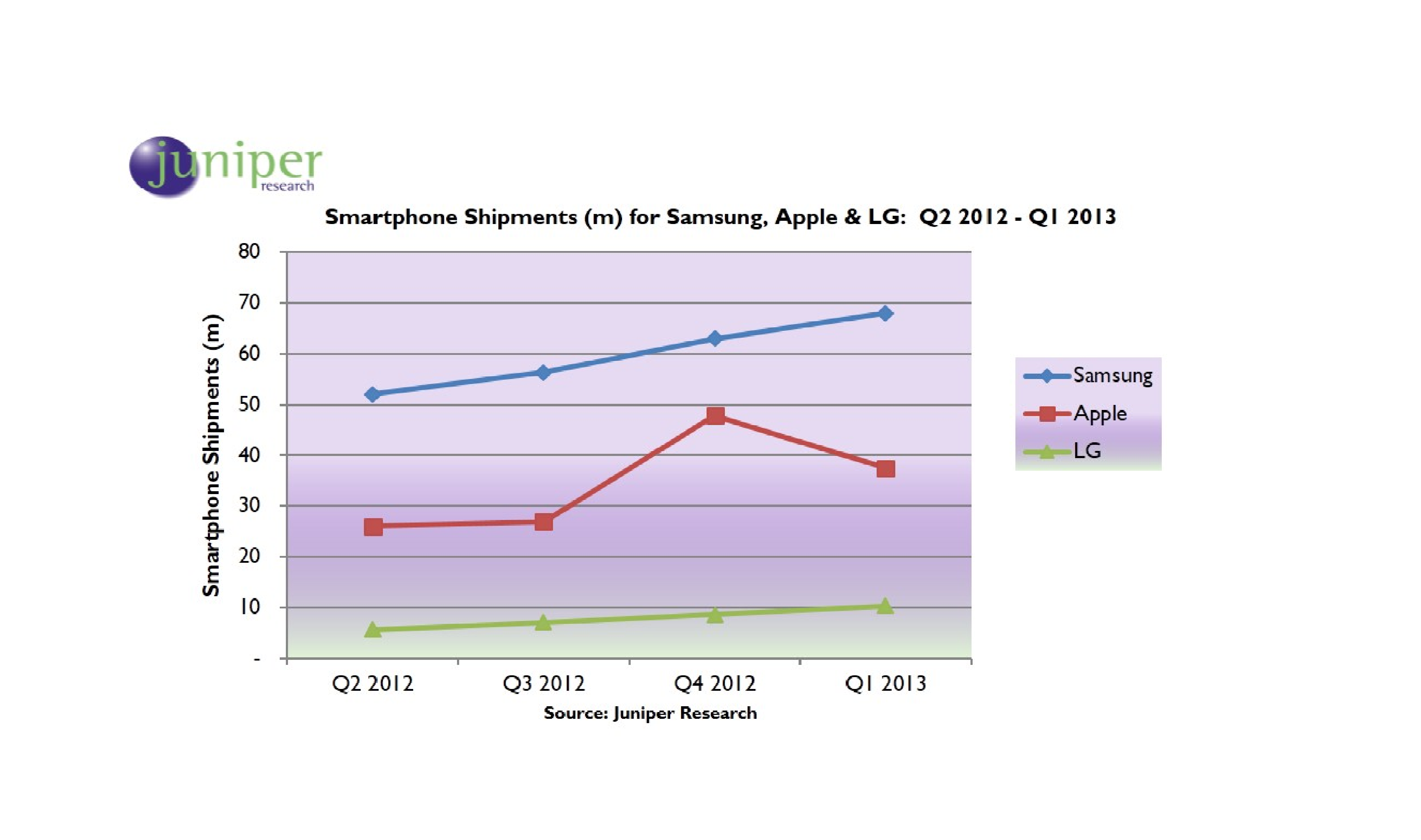 The marketplace’s desire to own a smartphone is not wavering one inch.

The latest market report on worldwide smartphone shipments from Juniper Research indicates a growth of 30 per cent from last year. The Hampshire, U.K.-based Juniper estimated that the number of smartphone shipments almost reached 200 million for the first quarter of 2013. What propelled this growth? The answer is Samsung. The South Korea computer  vendor reported a

Despite some profits falling for the Cupertino, Calif.-based computing innovator – some areas for the first time in a decade – Apple posted better than expected iPhone sales at around 37.4 million, a seven per cent growth compared to Q1 2012.

Juniper analysts said of Apple: with another product cycle due to be released soon Apple needs to innovate, with the next product release being critical in maintaining their position as innovation leaders. Apple will also need to ensure that they are attractive to emerging markets to retain their title as global brand leaders.

The analyst firms also found that there is an interesting battle going on for second place in the market.

LG posted its highest ever smartphones sales quarter, shipping 10.3 million in Q1 2013, driven by sales of the Optimus G and Nexus 4. The company improved its smartphone market share from last quarter to reach more than five per cent.

Little known Huawei, which previously posted sales in 2012 with the introduction of a range of new smartphones and tablets, shipped an estimated 10 million smartphones. The company along with ZTE accounted for approximately 10 per cent of the shipments market.

Nokia shipped 6.1 million smart devices in the fourth quarter and posted higher Lumia sales of 5.6 million compared to the previous quarter, a 27 per cent rise.

However, Juniper analysts noted that despite a positive start, the BlackBerry and Nokia ecosystem will indeed need some more time to grow and drive further competition and innovation within the smartphone and OS marketplace.

CDN Staffhttps://channeldailynews.com
For over 25 years, CDN has been the voice of the IT channel community in Canada. Today through our digital magazine, e-mail newsletter, video reports, events and social media platforms, we provide channel partners with the information they need to grow their business.
Previous articleDell Latitude 10 tablet for remote business
Next articleSamsung unifies PC line under ATIV brand