Microsoft’s Worldwide Partner Conference was held in the land of Mickey, where Canadian channel partners learned where the software giant is heading.

More than 12,000 solution providers attended the conference in sunny and sometimes stuffy Orlando. But this slideshow will concentrate on the Canadians at the event.

To find out who was named the Canadian Partner of the Year for Microsoft click to the next slide. 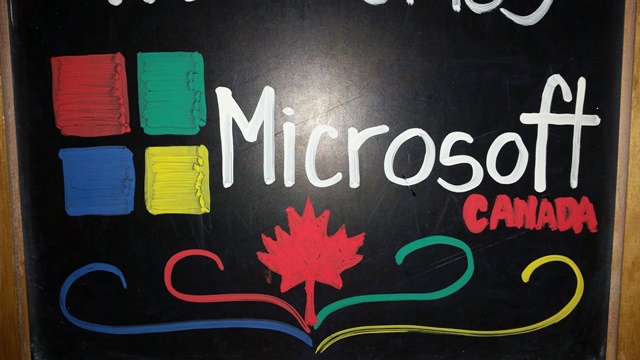 ProServeIT wins Partner of the Year for Microsoft Canada

Toronto-based ProServeIT Corp. won the 2015 Microsoft Country Partner of the Year Award for Canada for demonstrating excellence and innovation based on the Microsoft technology stack.

The newly named President of ProServeIT Eric Sugar (Pictured) said the company had an incredible year highlighted by becoming the first Microsoft Cloud Solutions Provider in Canada. Sugar is flanked by Jaime McMahon, director of business development and Tony Caporaletti, a solutions architect at ProServeIT.

Awards were presented in several categories, with winners chosen from a set of more than 2,300 entrants from 108 different countries worldwide. 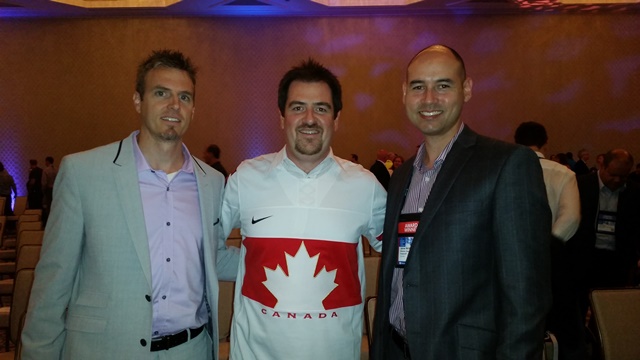 Read: Microsoft opens up the channel for Surface devices

Cloud was a major theme of this year’s WPC and solution providers with cloud expertise were being recognized at the event. Montreal-based solution provider Orckestra took home the Impact Award for Enterprise Public Cloud Innovation Award for its.NET Commerce Orchestration platform running in Azure.

Corinne Sharp (pictured with Louis Fournier, President and CEO), Orckestra’s Chief Commercial Officer, said winning this national recognition among all Microsoft Canada partners is validation of the state-of-the-art commerce solutions the company is building for customers, with a modern, agile platform in the world’s most powerful cloud. 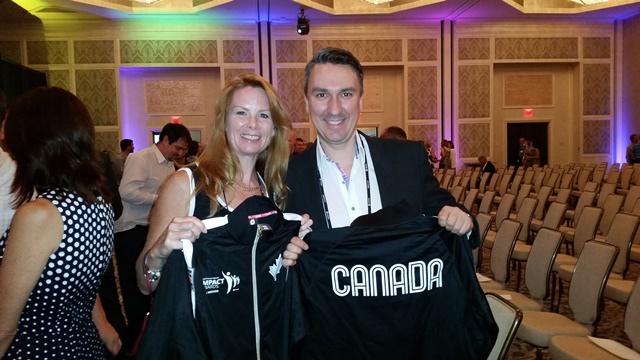 Microsoft group shot with the partners

The Impact Awards at the Orlando Museum of Art brought together some of the great leaders and innovators of the Canadian channel. Hosted by Microsoft Canada President Janet Kennedy (pictured centre), the group consisted of 15 award winners and finalists. 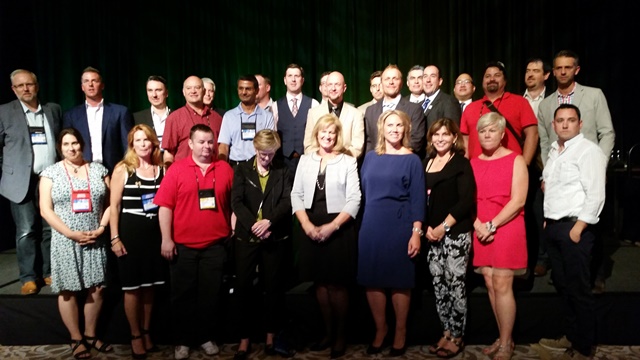 The Microsoft Worldwide Partner Conference has been to many great cities as this t-shirt shows. But, Microsoft went against tradition on day one of the conference by announcing next year’s host city and date: Toronto on July 10th to the 14th.

Phil Sorgen, Microsoft’s worldwide channel chief, said partners indicated to him that Toronto is a great city to visit. (Sorgen lived in Toronto for five years when he was the President of Microsoft Canada) and so Toronto is back by popular demand. 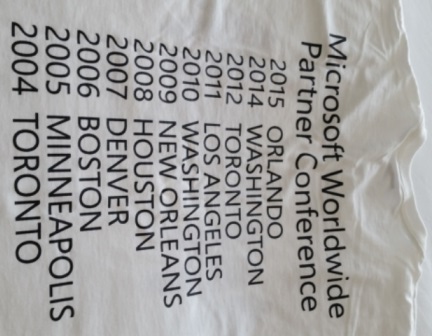 Read: Microsoft is coming back to Toronto for WPC 2016

Hololens steals the show at WPC 15

Channel partners oohed and awed at the main stage demo of the Microsoft Hololens. Now in its third area of innovation, Microsoft showcased a commercial version of HoloLens, a fully untethered holographic computing device running Windows 10. One example was how Autodesk uses HoloLens to fundamentally change how design professionals and create, communicate, visualize and work. 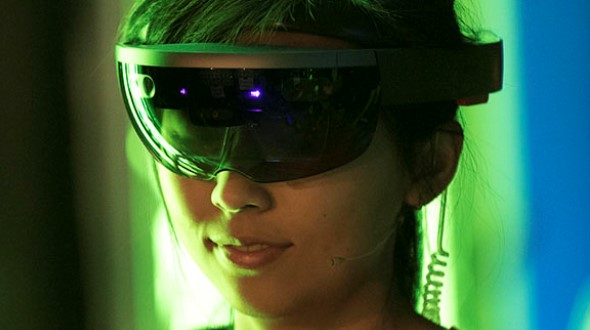 Read: I looked through the Microsoft HoloLens and saw the future

A trip to Disney delights many channel partners

The 2015 Worldwide Partner Conference ended with a bang of 3D fireworks at Disney’s Hollywood Studio’s park. Solution provider executives were treated to rides such as the Tower of Terror and Disney characters such as Peter Pan and Rapunzel. 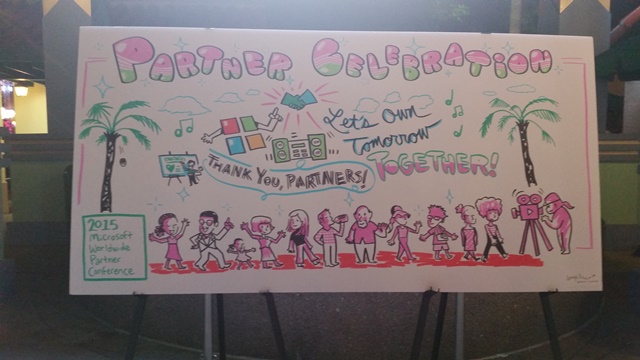 Read: Who buys IT through the channel? Practically everyone

SUBSCRIBE
Previous article
Evolution of the modern keyboard
Next article
In photos: Women of the IT Channel 2015

CDN Women of the IT Channel Ecosystem 2014: Leaders