How walking the talk boosted productivity for this Vancouver tech firm 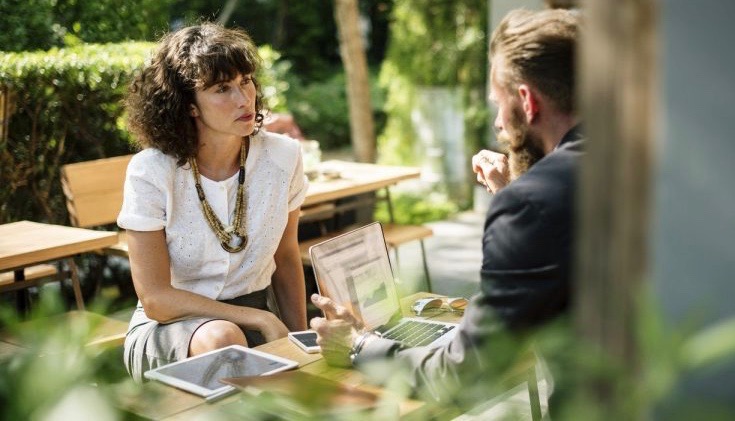 One of Canada’s fastest growing companies earned big dividends by following its own tech advice.

Vancouver-based Softlanding provides next-generation technology solutions to help other companies become more productive. As a specialist in Microsoft enterprise technologies, the company decided to practice what it preaches and became an early adopter of Microsoft Windows 10.

“Because an operating system is the cornerstone of any company’s technology solution, we knew that migrating to Windows 10 was a must,” said Shaun Roberts, president of Softlanding. “Moreover, we were genuinely excited to explore the operating system’s new features and to see what benefits we could realize.”

Technology transformation is seen as one of the answers to addressing Canada’s widening productivity gap with the U.S. According to a recent study by the Business Development Bank of Canada, Canadian firms generate just 73 per cent as much output as their American counterparts.

Research by Forrester Consulting found that organizations that use Windows 10 experience a 20 per cent reduction in the time it takes to install, manage and support devices.

At Softlanding, the enterprise-wide deployment for over 50 employees was completed in just one week. During that time, all tablets, phones and PCs were upgraded to the Windows 10 Enterprise operating system. It supports a speedy migration through more self-service functions, the ability to do unattended installations and the integration with the system centre configuration manager. Going forward, the configuration manager can be used to automate upgrades as well as the deployment of applications or security features. The ability to push out incremental updates avoids the need for big system upgrades that may disrupt the business.

By using Microsoft’s Intune, Softlanding has also found that managing its phones and tablets in the field is now easier and faster. Intune is a cloud-based service for enterprise mobility management that enables the workforce to be productive on the road while ensuring that corporate data is protected. For example, it can manage the mobile devices that are used to access company data and which mobile applications may be downloaded.

After interviewing Windows 10 users, Forrester reported that employees, especially mobile workers, estimate that they have 25 per cent more time to get work done than they did before. The study said that improvements such as faster boot times, convenient access to corporate applications and better mobility tools help users work more effectively.

Staff at Softlanding say they found the Windows 10 interface to be intuitive, resulting in a very short learning curve that “went without a hitch.”  As well, they appreciated the opportunity to do away with cumbersome passwords in favour of biometric log-ins using facial recognition. The company says this has made logging on faster, while improving security.

In addition, a unified platform across all devices makes it easier for users to switch from one device to another without having to learn a different interface. With Windows Continuum, team members at Softlanding can automatically switch view modes on their devices and experience universal applications. The result is that employees on the road can be more productive by using their phone like a PC.

“Our assessment of Windows 10 is that it is a huge leap forward and represents an excellent melding of Windows 7 and Windows 8 that bridges the gap between the corporate and personal worlds,” said Roberts. “After experiencing the benefits of the new OS ourselves, we’re able to confidently recommend an upgrade to our clients.”