LG is here to play with the G6

TORONTO – As an indecisive consumer, shopping for a smartphone was already difficult before LG announced the G6 at this year’s Mobile World Congress event in Barcelona.

For the longest time, it has felt like there were only two real options for a smartphone: Apple’s iPhone or Samsung’s Galaxy line. But with the release of the Google Pixel last fall, and now the LG G6, the discussion is starting to get more interesting.

I had the opportunity to spend an hour with the G6 at an LG preview event here in Toronto, and based off my short time with the device, colour me impressed. This year couldn’t be more perfect for LG to challenge the Samsung and Apple giants – especially with the iPhone 7’s mediocre release, and the hit Samsung’s brand has taken throughout a mistake-riddled year. The big guys are starting to look vulnerable, and the G6 may be coming at the best time to take advantage of that.

But before we get into my first impressions, let’s see what’s new with the latest LG smartphone. 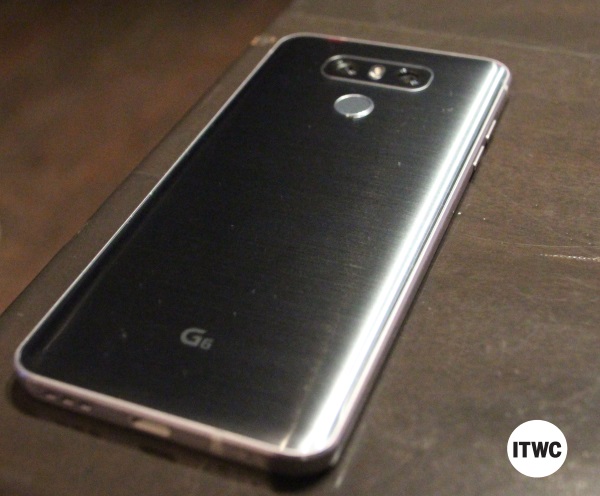 The first thing you’ll notice about the G6 is its aluminum and glass look that really makes the device look like it belongs in the same conversation as some of the other smartphone giants. The redesign is simple and fitting for what consumers look for in a smartphone in the present day. In Canada, the G6 is available in platinum and black.

LG is taking advantage of the space provided on the phone by making it nearly bezel-less.  The South Korean company is really emphasizing is the new 5.7 inch QHD+ (2,800 x 1,440 resolution) FullVision screen with a 18:9, or 2:1, aspect ratio, expanding on the traditional 16:9 screen we are used to. While this largely means there is now more viewing space on the phone, it also means users can take square photos in an exact 1:1 ratio – a huge benefit for Instagram users.

This ties into the new camera features on the device. The G6 has dual 13 MP rear cameras that include a 125-degree lens on a wide angle for panoramic shots, and a 5 MP front camera with an expanded 100-degree field of vision. These changes will largely reduce edge distortion in the photos you take.

Further photography features take advantage of that new 18:9 aspect ratio with square camera functionality. Users can take pictures in a 1:1 square box, while simultaneously taking a look at final product or editing photos in a second 1:1 square box beside it. Square camera mode comes with four shooting options: 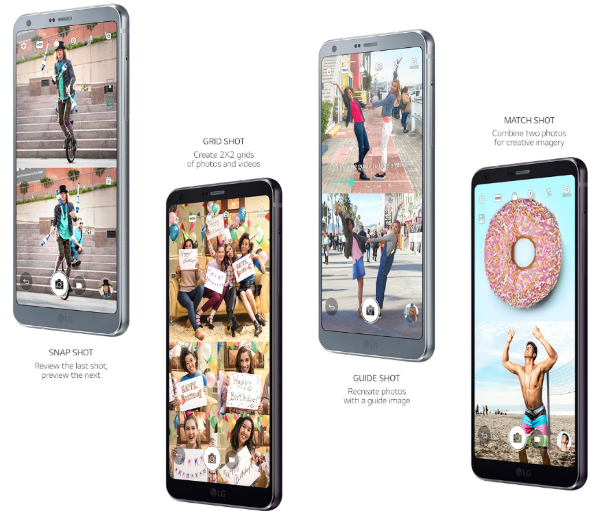 With the G6, LG claims this is the first smartphone to support Dolby Vision and HDR 10 – the audio-visual standards that we are used to seeing in high-end televisions. While in theory, this is a great addition, it may be ahead of its time. Netflix doesn’t yet support that type of quality on the Netflix mobile app, so this addition may go largely unused for the time being.

Additionally, the G6 will be one of the first smartphones beside the Pixel to be integrated with the virtual assistant, Google Assistant. In Canada and the U.S., the G6 features wireless charging. It’s also reached IP68 certification, meaning you won’t have to worry if you accidentally get your LG phone wet anymore.

The full tech specs of the G6 are below.

The square camera features are fun. While the different modes are fairly gimmicky, they are welcome additions to any photography arsenal. Plus, a gif feature that combines two to 100 images from the gallery is a great addition.

The G6 just looks great. LG has ditched the ugly design features of the past, and now has a device that looks like it belongs with the higher-end smartphones we are accustomed too. The upgraded display looks beautiful, and I’m excited to see what else you can do with that new aspect ratio. Can I browse Instagram and Twitter in perfect squares at the same time? 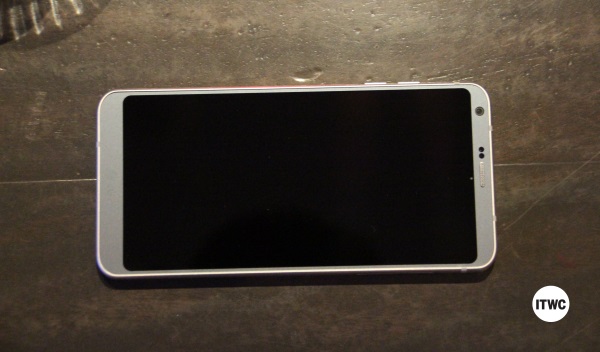 Otherwise, I’ll have to get more hands-on with the device to properly see if it can stack against the current smartphone giants. We’ll have to see how the battery life stacks up, and it is disappointing to see that it only supports 32 GB of internal storage considering the emphasis put on the camera and video features.

Additionally, we don’t know a price yet. I’m certainly impressed by this first showing, but whether or not the G6 is worthy of the price tag the iPhone and Galaxy phone’s have is yet to be determined.

The LG G6 is expected to release in Canada this Spring. For more, stay tuned.

Alex Radu
is a staff writer for Computer Dealer News. When not writing about the tech industry, you can find him reading, watching TV/movies, or watching the Lakers rebuild with one eye open.
Previous articleMy first live experience with BlackBerry CEO John Chen
Next articleGoogle WiFi is here, and it’s spectacular