Canadian IT organizations need to articulate their value to the business: EMC

Data centre infrastructure vendor EMC Corp. has released the results of a global survey of organizations on their IT strategies around security and data protection, with Canada ranking in the middle of the pack.

The Global IT Trust Curve survey saw 3,200 interviews conducted in 16 countries, including Canada. Half were with business decision makers, and half were with IT decision makers. The study found a lack of confidence by executives with regards to their IT infrastructure, particularly around continuous availability, advanced security, and integrated backup and recovery.

When it came to evaluating the maturity of the company’s IT infrastructure – sophisticated continuous availability, advanced security, and integrated backup and recovery — China topped the list, followed by the U.S. Japan was at the bottom, while Canada was in the middle of the pack, ranking ninth out of 16 countries. Seeing China at the top may be surprising, but Michael Sharun, country manager for EMC Canada, said that’s because they’re essentially starting from scratch, IT-wise.

“What you would call baggage is not really in existence there,” said Sharun. “They’ve started with a much cleaner sheet of paper and were able to move forward faster in that regard.”

“Either we’re not being targeted by people going after organizations maliciously, or we don’t know we’re being targeted,” said Sharun.

He added the lower dollar figure on the cost of a catastrophic incident cited by Canadian organizations likely related to a wider issue – the value, or lack thereof, that Canadian businesses attribute to IT. While other countries see revenue and customer loyalty as key consequences of an IT outage, Canadian businesses are focused solely on employee productivity. It’s a sign, said Sharun, that they still don’t see IT as a strategic business driver.

“We’re very much focused on what IT is doing internally for the organization, but we’re not utilizing it to drive revenue. We’re still thinking of it as a cost centre within our organization, as one of those necessary evils,” said Sharun. “We see this in the Canadian economy over and over again.”

One reason, said Sharun, is that we have too many technical people in IT leadership roles instead of business people. Many organizations still silo IT under finance or human resources, instead of making it its own pillar in the company.

It’s this ability to articulate the value of IT that needs to pick up, said Sharun, and that will take organizations making IT a c-level position, working with other parts of the business in the executive suite.

“You have to hire into that role someone who wants to transform the organization, and before that the board of directors needs to believe that in order to change, we need IT as an enabler,” said Sharun. 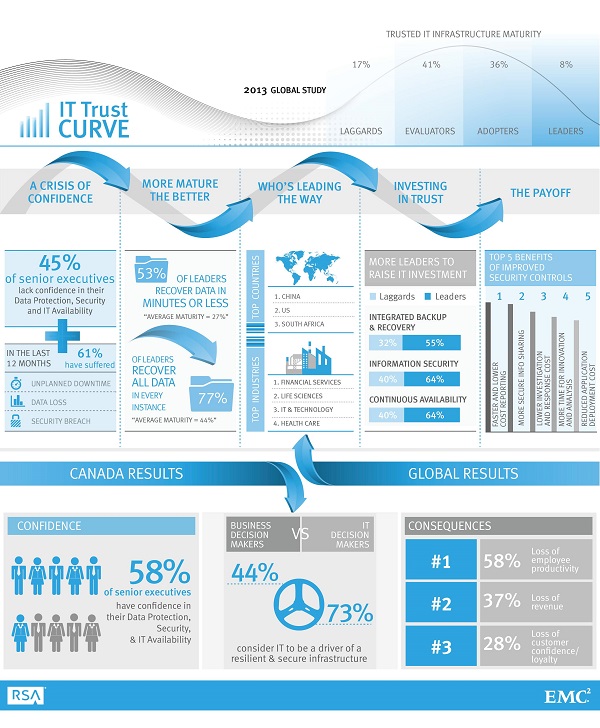