Why are Canadians about a year behind on cloud?

Looking north, Ingram Micro’s Canadian director of cloud Greg Onoprijenko tells CDN, at the recently concluded Cloud Summit 2017 conference, the Canadian market is generally 12 months behind the trends, and while Canadian channel partners have been slower to adopt the cloud, that’s not necessarily a bad thing. 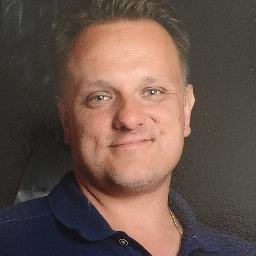 “The Canadian market has always been more conservative than the U.S. in terms of adopting new technology and end up being eight to 12 months behind usually,” he notes.

Onoprijenko, however, does not believe a conservative cloud approach by Canadians as negative.

Despite the recent IDC forecast where total spending on IT infrastructure products (server, enterprise storage, and Ethernet switches) for deployment in cloud environments will increase 15.3 per cent year over year in 2017 to $41.7 billion. Public cloud data centers will account for the majority of this spending, 60.5 per cent, while off-premises private cloud environments will represent 14.9 per cent of spending. On-premises private clouds will account for 62.3 per cent of spending on private cloud IT infrastructure and will grow 13.1 per cent year over year in 2017.

“Canadian businesses want to be sure a new technology actually works and is beneficial to their partners before getting on board,” he added.

Onoprijenko said, once the kinks have been worked out and new technology has established itself in other markets, “Canadians catch up to the trends pretty quickly.”

Advice to those still on the fence

Cloud is not going away, according to Ingram Micro’s cloud czar Renee Bergeron, and advises legacy businesses and providers to make the shift or get left behind.

“While they may not need to shift their entire business to the cloud, I do believe that every business needs to develop some competencies to be successful in a cloud environment,” she explains. “They need to be able to leverage the cloud for their customers.”

Ingram Micro’s Americas VP & GM Paul Bay said, has developed a strategy for Ingram to support businesses that feel lost or don’t know where to start when it comes to cloud.

“The whole point of us offering such a wide range of products and services is to help a business go from the beginning of the spectrum, with no technical capabilities or skill sets, all the way through the transition to a more virtual workplace, to the end of the lifecycle,” Bay said. “We’re making sure we can help all types of businesses, whether emerging or mature.”