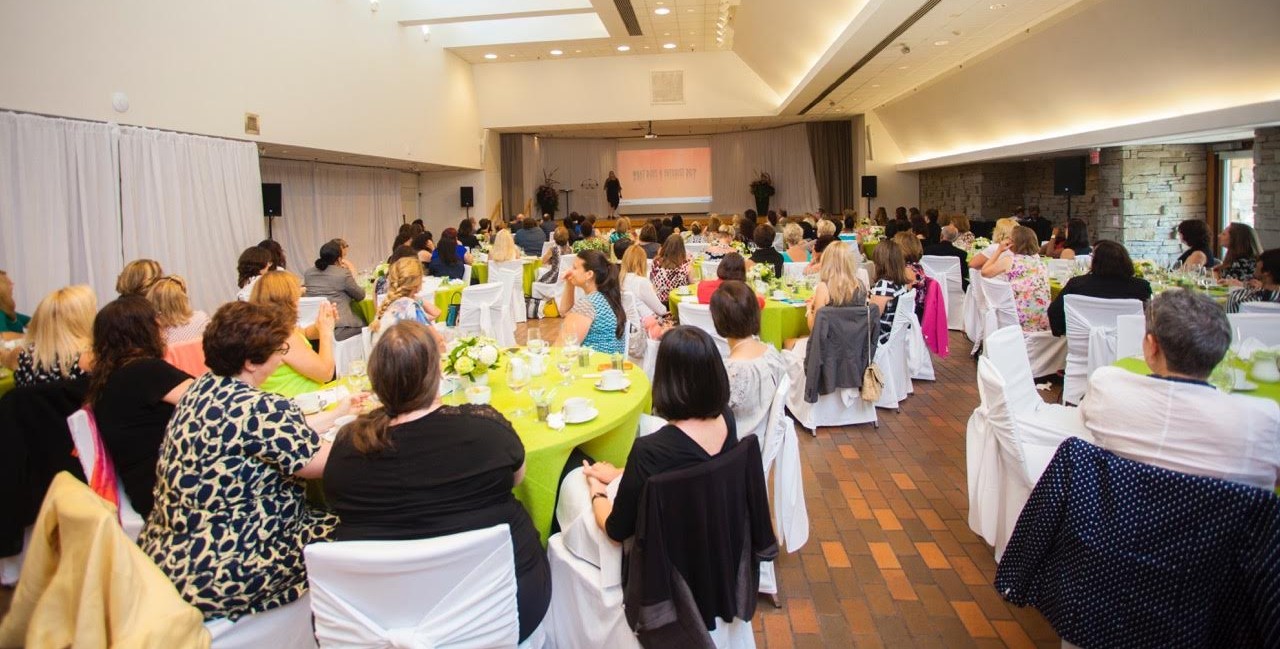 Yesterday marked the fifth year that ComputerDealerNews celebrated women in the IT channel through their annual luncheon, which was held at the beautiful Toronto Botanical Gardens. The venue was buzzing with over 100 powerful women who brought style, elegance and most importantly, tales of success in an industry that remains dominated by men. We captured the event on Twitter through the hashtag #CDNWomen, check out some of the notable tweets from the event below. The dialogue on women in the IT channel continues with us next Thursday, August 27, 12-1 pm E.S.T. in our next Twitter chat, hosted by @CDNChannelChief . Join us or follow the chat at #CDNWomen. We look forward to hearing your thoughts!

Wow! A power-packed room for #CDNWomen In The Channel luncheon. Thrilled to be here representing @Pythian & channels. pic.twitter.com/w1Xps05S03

Things about @IngramMicroCA you didn’t know: 1. Mark Snider not on Wikipedia page 2. Rank 64 on Fortune 500 3. Sponsor #CDNwomen in 5th year

Listening to Rose MacKinnon talk about the strength she derived from her mother and family to become who she is today, inspiring. #CDNwomen — Computer Dealer News (@CompDealerNews) August 19, 2015

The winner of the Rising Star is announced: Aoife McMonagle from Scalar! Congrats! #CDNwomen

“Too many times we’re not present in what we’re doing. We think we are but we’re not.” – Mandy Grewal on work/life balance #CDNwomen — Computer Dealer News (@CompDealerNews) August 19, 2015

#cdnwomen This event is always one to remember. Great networking opportunity is an understatement. Love this event. Thank you CDN — Gail Wilson (@gwabizGW) August 19, 2015

Congratulations to Natalie Ireland at #CDNWomen in the channel luncheon.

“IT is a great industry to be in and there are a lot of opportunities for both men and women” – Kelly Smith #CDNwomen — Computer Dealer News (@CompDealerNews) August 19, 2015

Great words of advice from some very smart women! #CDNWOMEN

#CDNWomen keynote, Ayelet Baron, recognized as a leading futurist, talks about falling in love again with work through collaboration

With so much competing for our attention, we need to learn to make choices about what we allow to consume our time @ayeletb #cdnwomen

This is the first time we have had 5 generations working side by side, but all we here about is millennials @ayeletb #cdnwomen — CanadaOne.com (@canadaone) August 19, 2015

“Innovation should not be a department. Don’t lead with organization. Lead with purpose.” Ayelet Baron #CDNWomen

Innovation should never be a department. I couldn’t agree more @ayeletb Great keynote today at the Women in the IT Channel event #cdnwomen

@ayeletbaron most awesome futurist have ever met. Great event #cdnwomen. Thanks @PaoloCDN for [email protected] Charged up more!!!!!

Wrapping up an inspirational event! Congrats to the honourees and see you next year! #CDNwomen pic.twitter.com/UwefFPxgY2 — Computer Dealer News (@CompDealerNews) August 19, 2015

Hibah Ahmed
Community Manager at ITWC: I'm here to help you with your blogging success. From topic creation, researching resources, to copy editing and content marketing, my job is to give you visibility in the IT community and become a thought leader.
Previous article
Women in the channel asked to leave scarcity, embrace abundance and collaboration
Next article
CDN Women of the IT Channel honouree: Kelly Smith

#CDNCEA Recap of the 2015 Channel Elite Awards through Twitter

Recap: #CDNWomen – Women in the IT Channel Twitter chat