The Threadripper 3990X can reach an impressive 4.3GHz single-core boost clock, although its base clock is capped at just 2.9GHz–a price it must pay for carrying double the cores as the AMD Ryzen 3970X while retaining the same 280W TDP. Furthermore, the 3990X comes with a monstrous dose of cache: 288MB in total.

The AMD Threadipper 3990X will be available for US$3,990 starting Feb 7. At this price, you either know exactly what the return on investment will be or have enough expendable capital to not care. 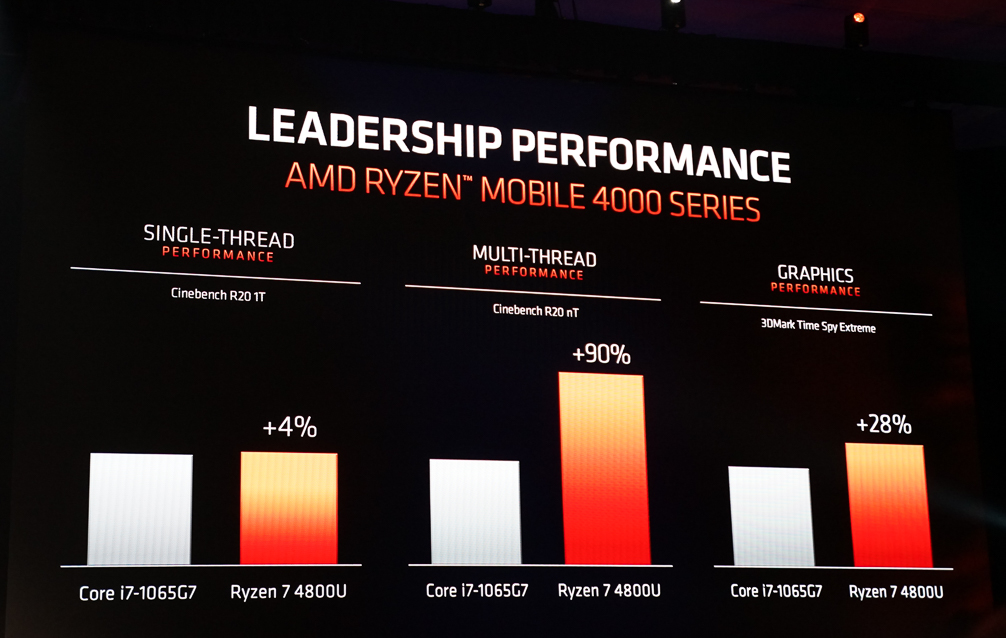 On stage, AMD demonstrated that Ryzen 7 4700H was able to match Intel’s Core i7-1065G7 Ice Lake mobile processor in single-thread performance in Cinebench R20 and up to 90 per cent faster in multi-thread.

This shouldn’t come as a surprise, however, as the Ryzen 7 4700 has double the number of cores and threads, although it does so by performing at the same TDP as the Intel chip. 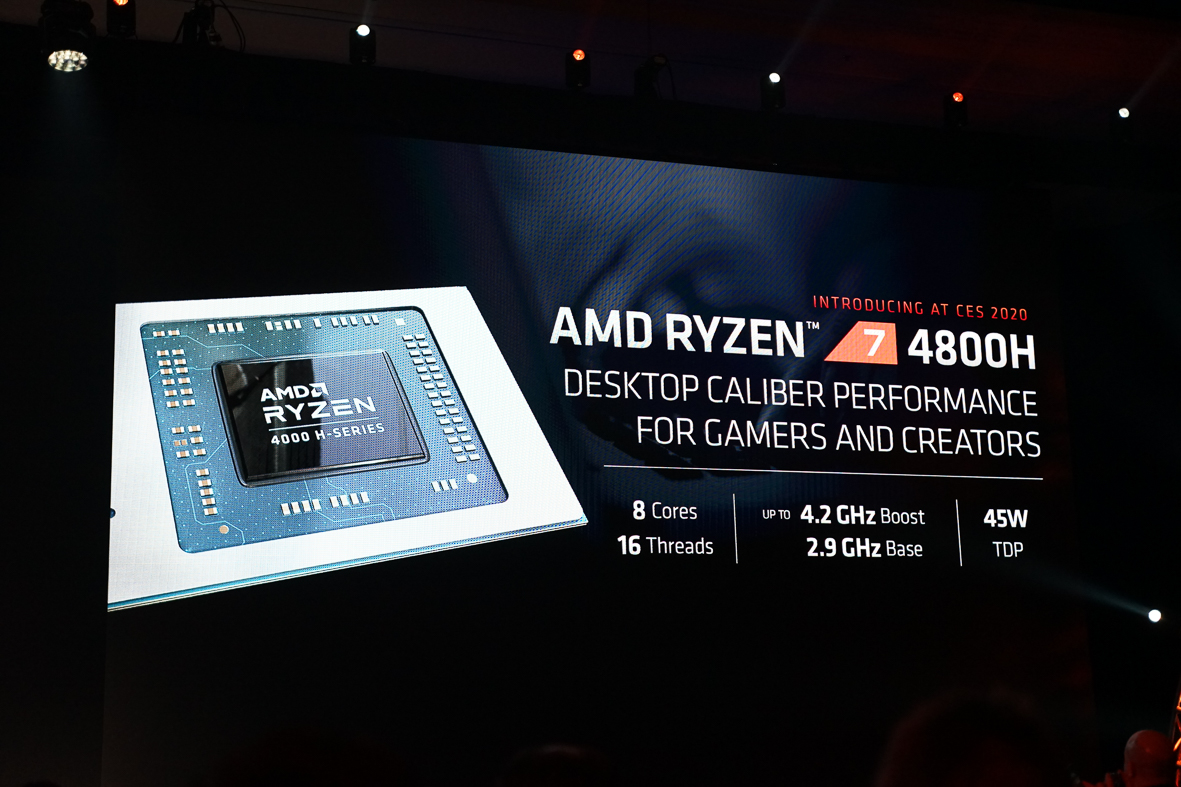 AMD also announced the Ryzen 7 4800H. Although it has the same number of cores as the Ryzen 7 4800U, its higher 45W TDP allows its base clock to increase to 2.9GHz. Instead of comparing it to Intel’s mobile processor, AMD took the performance of the Ryzen 7 4800H against the 95W Intel Core i7-9700K desktop processor to show that it outperforms the Intel chip in 3DMark FireStrike, specifically the Physics test that stresses the processor. 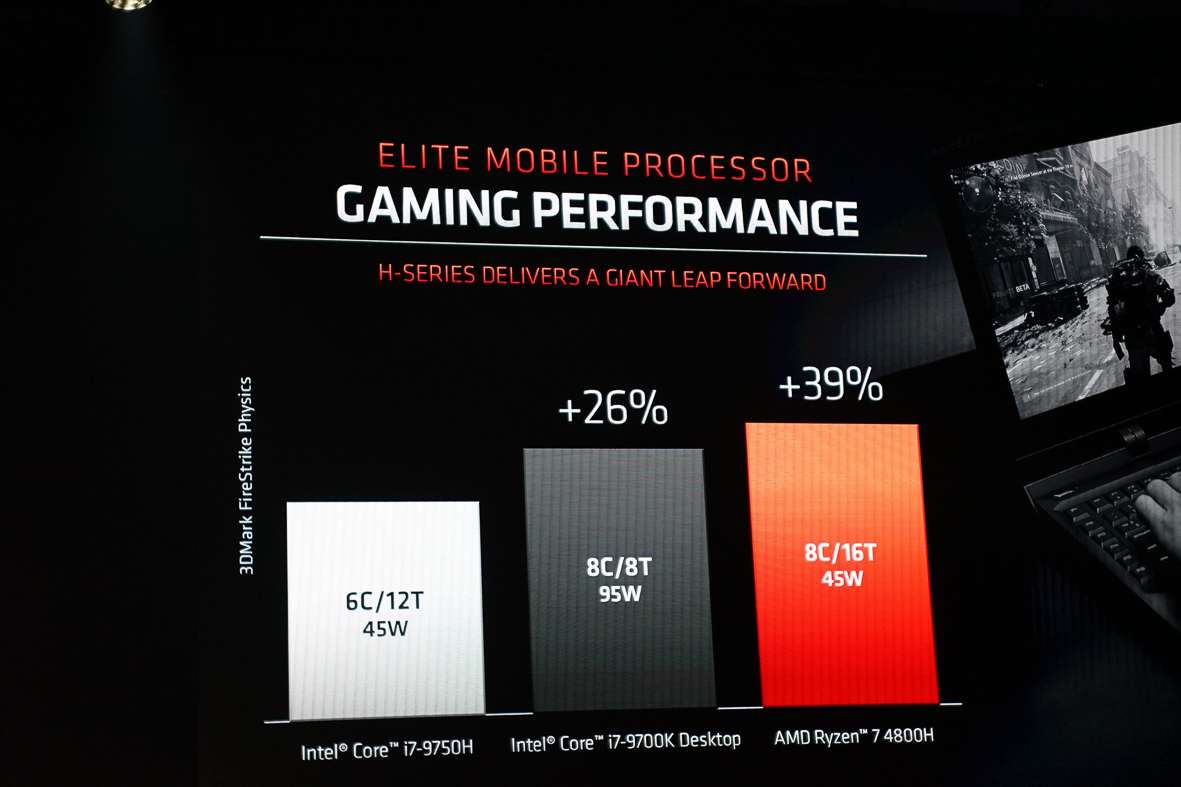 The two new chips will be integrated into various OEMs starting 1Q2020. Two early adopters, the Dell G5 SE and Asus ROG Zephyrus G14, were shown on stage. AMD is expecting more than 100 laptop designs to include the new Ryzen 4000 mobile processors. 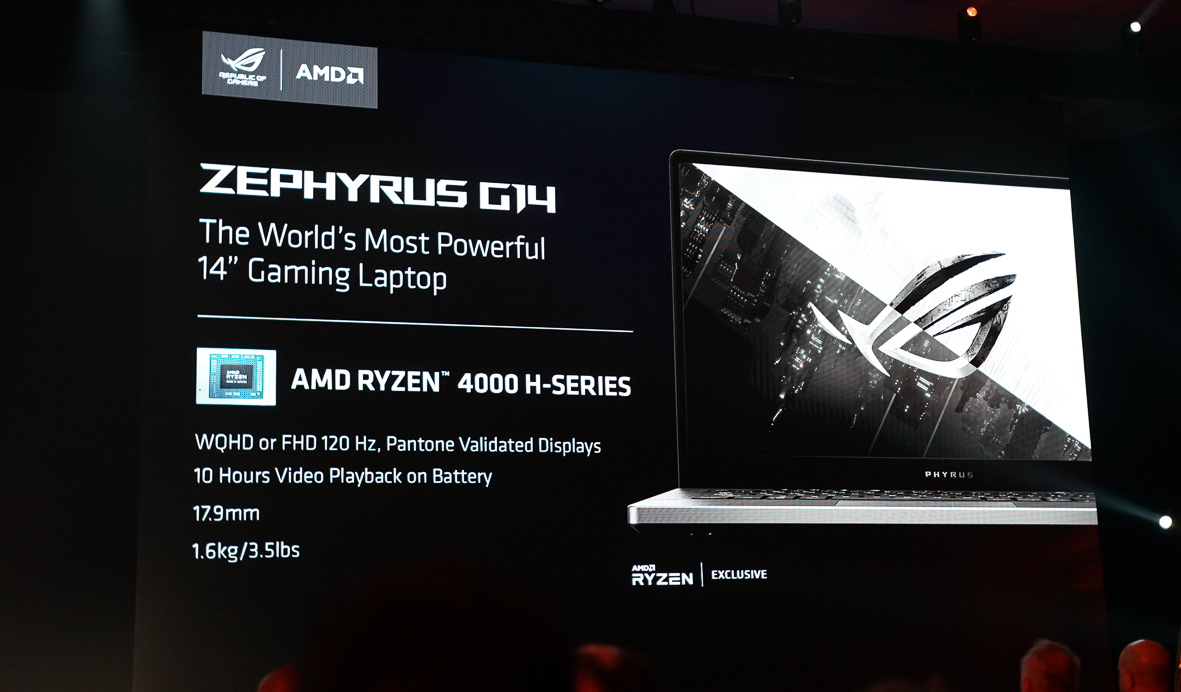 Those who waited on AMD to release a high-performance graphics solution was greeted with the mid-range RX 5600XT instead.

In addition, AMD also announced the RX 5600XT graphics card, a solution designed to compete in the 1080p gaming space. Based on the RDNA architecture, the GPU features 36 compute units running at 1,560MHz base clock/1,735MHz boost clock and 6GB of GDDR6.

Tom Li
Telecommunication and consumer hardware are Tom's main beats at Channel Daily News. He loves to talk about Canada's network infrastructure, semiconductor products, and of course, anything hot and new in the consumer technology space. You'll also occasionally see his name appended to articles on cloud, security, and SaaS-related news. If you're ever up for a lengthy discussion about the nuances of each of the above sectors or have an upcoming product that people will love, feel free to drop him a line at [email protected]
Previous article
Time running out for support on these Microsoft products
Next article
Adobe releases Experience Manager as a Cloud Service