Google+ lets you hang with a circle of friends

Google’s Google+ social networking service, now out in a limited release, isn’t the Facebook killer that Google no doubt hopes it will be. However, it’s an innovative platform that takes a new approach to social networking by putting you in control of how you share with people. It also includes a number of intriguing features, such as one that makes it easy to ferret out content that interests you and share it with others.

Those who were put off by Google’s previous failures in social networking, including Buzz and Wave, will be surprised at the usefulness and simplicity of Google+. It’s a worthy enough product that you’d do well to sign up as soon as it’s widely available.

In some ways, Google+ is the anti-Facebook. Facebook is predicated on the idea that all “friends” are created equal — that you want to have the same online relationship with your mother, your best friend since high school, your boss and that person you never met but whose invitation to be a Facebook friend you absentmindedly accepted. Post an update or a photo, and every one of your “friends” sees them — unless you remember to use Facebook’s Custom Privacy box to specify who can or can’t see the post.

Google+ takes the opposite tack. It lets you create “circles” of friends — one for your family, one for friends, one for acquaintances, one for work, one for a book group and so on. That way, if you want to share plans for next Thanksgiving with your family and include photos of last Thanksgiving, you can share only with them, rather than with people you work with or people in your book group. You’re put firmly in control of whom you communicate with and how you communicate with them. 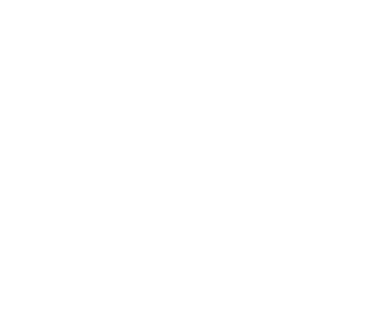 There’s a list of people who are your friends on the right-hand side of the screen, along with suggestions for other people whom you might want to be friends with. Near the top of the page there’s a text box where you can type in messages for others to see, which includes buttons for uploading photos, videos and attachments, and for sharing your location. At the very top is a navigation bar.

But there’s a big difference between the Google+ stream and Facebook’s News Feed. The Google+ stream is actually an accumulation of many separate streams — one for each of your circles. On the left-hand side of the page, there’s a list of all the circles that you’ve created. Click any of those circles, and you’ll immediately see the individual stream for that circle. (You can see a feed from just one Friends list in Facebook, but it’s not as obvious or easy to do.)

To create a circle, you click the Circles icon in the navigation bar at the top of the page. This brings you to a page that has pre-built labels for circles such as Friends, Family and Acquaintances. Above those circles is a collection of contacts (names and photos) gleaned from your Google Contacts list. Drag any contact into a circle to add them to that group. You can create a new circle by clicking the empty circle to the left of the other circles. All you have to do then is name it and drag contacts into it.

Thereafter, when you want to send a message, a photo, a video or a link to that group of contacts, just click that circle where it’s listed on the left side of the main screen, and your message or media will be sent to every member of the circle. Clicking the circle also means that you’ll see all messages and content related to that specific circle in your stream. And if you want to see all your messages and content from all your circles, just click on the word “Stream” in the left column.

You can also send a message to several circles simultaneously, to an individual (or several individuals), or just make it generally public. A contact can be part of more than one circle; if you send a message to both circles, that person will only get the message once.

This way of communicating is clearly superior to Facebook’s “one-message-fits-all” approach. Not only will it be useful for communicating with friends and family, but because it lets you target who gets which types of messages, it can be useful for work as well.

You are alerted about new messages via both email and a small notification button at the top right of the main window. (That notification also appears on your Gmail window.)

However, communicating with people is not quite as straightforward as it at first sounds, possibly because Google+ has a limited number of members at this point. For now, most of the people you put into circles can’t communicate with you directly on Google+. Instead, they’ll just get an email, which diminishes the usefulness of Google+ considerably. Until Google+ enters more widespread distribution, it will remain more a testbed than a useful communications tool.

Circles are the core of Google+, but there’s more to the service as well. Sparks brings together the best of Google and social networking — it’s a simple way to find and share content that interests you and might interest people in your circles. (I assume that it’s named Sparks because it’s designed to spark online conversations.)

Click on the Sparks button (on the left side of the screen, just below your Circles list), and you’ll come to a list of general topics, such as Cycling, Fashion, Movies and so on. Click any of the topics on that list, and you’ll see a stream of content related to the topic, including blog posts, news articles and videos. You can also create your own topics to follow by typing in a search term, clicking the search button, and then clicking a button labeled “Add interest.”

Those who enjoy videoconferencing will find this a convenient and simple way to video chat with friends. It’s exceedingly simple to use, and only requires that you have the right equipment — a webcam and a microphone. (If you don’t have a webcam, you can participate via audio only.)

Google+ also makes it easy to share photos with others. You can make individual photos or entire photo albums available to specific circles or to everyone in all of your circles. Because the photo feature ties directly into Picasa, it’s exceedingly easy to find the photos and albums you want to share. You can also see all the photos that others have shared with you.

Google+ was designed from the ground up for a mobile world, as illustrated by its very well-designed Android app. (No iOS app is available yet, but Google says one is on the way.) The Android app has a clean, straightforward interface that makes it easy to view your stream, manage your circles, see photos and so on.

In addition, the app includes several features not available on the computer version of Google+. You can create a “huddle” with friends — a group text chat. And you can also take photos with your phone and upload them to Google+, using your phone’s built-in GPS to include location information if you wish as well.

As good as Google+ is, there are clearly hurdles ahead. The biggest one is the by-now accepted theory that the value of a network increases exponentially with the number of users on it. With an estimated 750 million members, Facebook has immense value. With only a relatively small number of initial testers at this point, Google+ has very little value. Even when it launches publicly, it will be difficult to catch up.

In addition, the very thing that makes Google+ valuable may well be the thing that holds it back from gaining the kind of popularity enjoyed by Facebook: the way in which you organize contacts into different circles and communicate in different ways with them. With Facebook, you simply accept a friend invitation or issue one, and that’s largely it. Google+ requires a lot more care and tending, and fewer people may want to spend their time doing that.

Google+ likely won’t challenge Facebook for social networking supremacy, but for many people, it will be an immensely useful product. It adds a number of innovative, not-yet-seen features to social networking, such as Sparks. More important is that it puts you in control of what you share with people; lack of that control is one of Facebook’s greatest drawbacks.

Incidentally, even if you’re not signed up for Google+, you may have noticed some changes in other Google apps, such as a new “People Widget” on the right side of the Gmail screen that offers information about your correspondents (similar to the Rapportive add-on), and a new black navigation bar on some of the other services, such as Google Calendar. Google is obviously gearing up for a big push.

Because the service is in such a limited release at this point, it’s hard to know how useful it will be. If people sign up in droves, it will clearly become a must-have site. (You can get information about availability via the Google+ site.) If they don’t, it will likely wither away.

But if you’re interested at all in social networking, you should give it a try as soon as you can — you may well find it a superior way to communicate with your friends, colleagues and acquaintances.