It’s been a while since HP Inc. made major headlines, but that’s about to change.

The printing and personal computing unit of the Hewlett Packard company duo is unveiling its first major portfolio update to its printing business, and it’s huge.

In total, there are more than 15 new printers in a new family called PageWide, as well as OfficeJet Pro and LaserJet printers. There is also a new Secure Managed Print Service.

The headliner, of course, is the new line. PageWide, as HP executives pointed out at a hands-on briefing in downtown New York is in-between the OfficeJet and LaserJet printers in both quality, use case, and price. Think mid-sized businesses.

According to executives, for organizations that require higher-quality printing but not necessarily glossy marketing-quality material, PageWide offers the best energy efficiency and fastest printing speeds, and even lower operating costs compared to OfficeJet printers. 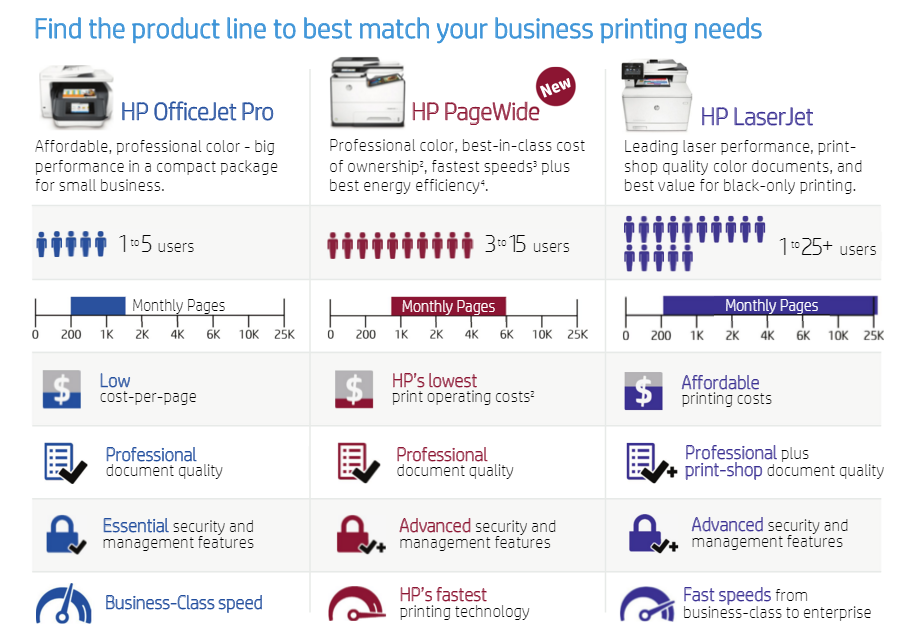 “PageWide is being established as a third technology,” said Larry Tracy, director of product planning with PageWide at HP Inc. Executives at the demo explained that this is HP Inc.’s first major business launch since its split from HP Enterprise.

The technology, which spans machines ranging from room-sized commercial units to 3D printers all the way to desktop-sized office printers, relies on several innovations, namely simpler hardware and fewer moving parts, ink that works at lower temperatures, and reduced waste. 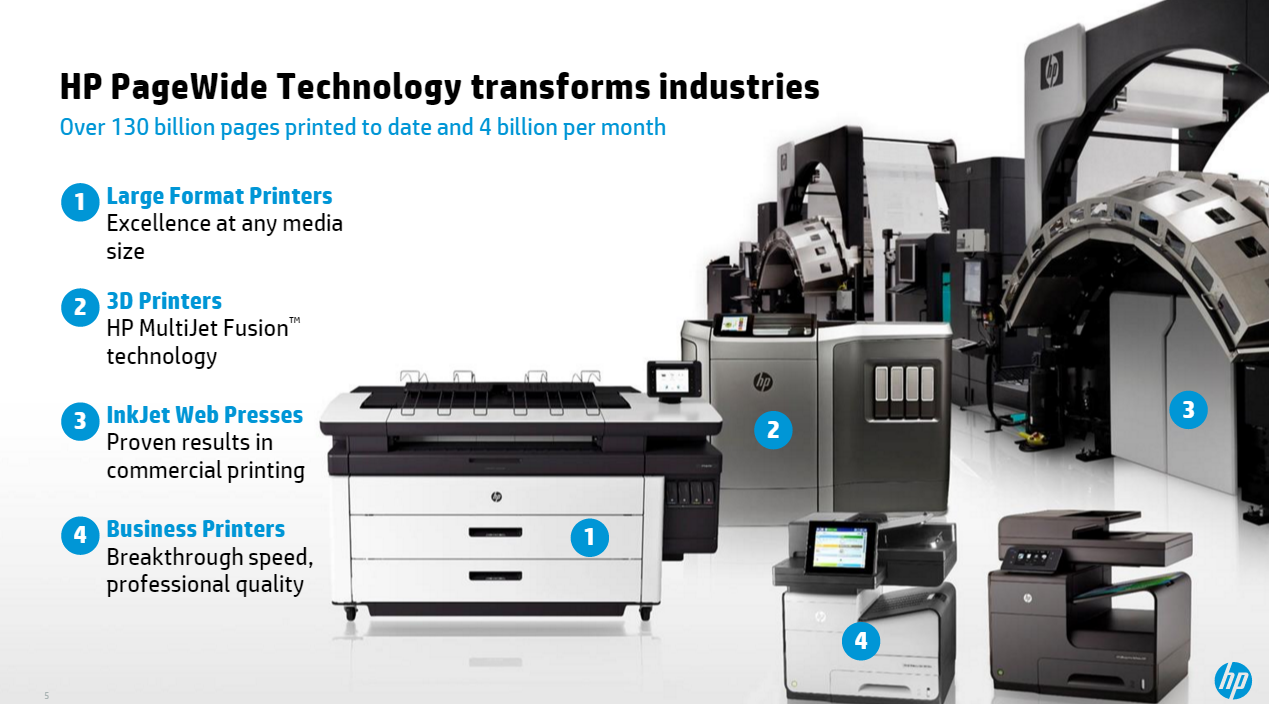 According to Tracy, there are no drums or belts, and even printer heads are fixed, leading both colour and mono paper to come in at the same cost.

This means ink is the only consumable, reducing physical waste as well. There is even the option of printing specialized materials such as X-rays and coloured labels in special environments such as hospitals.

Meanwhile, the company also sought to achieve fastest first page out, and managed to eliminate the need to heat up fusers, thereby also reducing energy waste and device wake time.

With this, HP claims that PageWide machines can print between 800 to 1200 feet per minute.

“Waste is cost,” Tracy said. “This way we keep the intervention rate much lower.”

According to the company, the PageWide portfolio will be available “at retail and through select channel partners.”

PageWide printers are slated to become available starting in April, with different models rolling out over the following months. Managed printers will also have different SKUs than non-managed ones, HP said.

According to executives, HP hasn’t actually seen a rise in threats targeting the printers in a business (in fact it’s mostly people walking away with documents that aren’t theirs), but that doesn’t mean that the vendor will wait to act.

The latter lets IT managers see firmware updates that have been applied across a fleet, allowing other functions such as Sure Start BIOS protection to detect intrusions. Software can also prevent new devices from connecting to a network unless it has the same security as the existing fleet.

At the moment, this service is more geared towards HP’s managed direct customers. But to provide the service, partners can perform quick assessments of 20 devices on behalf of HP or the vendor can send its own people that can provide an in-depth evaluation.

“Certainly the software is available to partners, but not all of them have security practices like HP’s,” said Ed Wingate, head of Jet Advantage Solutions Business at HP Inc. “We’re trying to educate our partners as well as our customers on how to do this. This gets the partner started.”