LAS VEGAS — At its Performance for the Real World event held in Las Vegas Jan. 5, Intel gave the attending press a sneak peek of what’s to come at its CES briefing the next day.

In its benchmark-laced presentation, Intel outlined its core focuses for its processor business: process, architecture, memory, interconnect, software and security.

The first big piece of news is an updated Next Unit Compute (NUC) compact desktop PCs. NUC is a 4×4 inch form factor defined by Intel to increase performance for ultra-compact desktop systems, an initiative the company has been focusing on for some years. For 2020, Intel plans on upgrading NUC with up to an Intel Core i9-9980HK processors along with discrete, user-upgradable graphics up to 18 inches and 225W. In addition, the power supply will now be baked into the device itself. 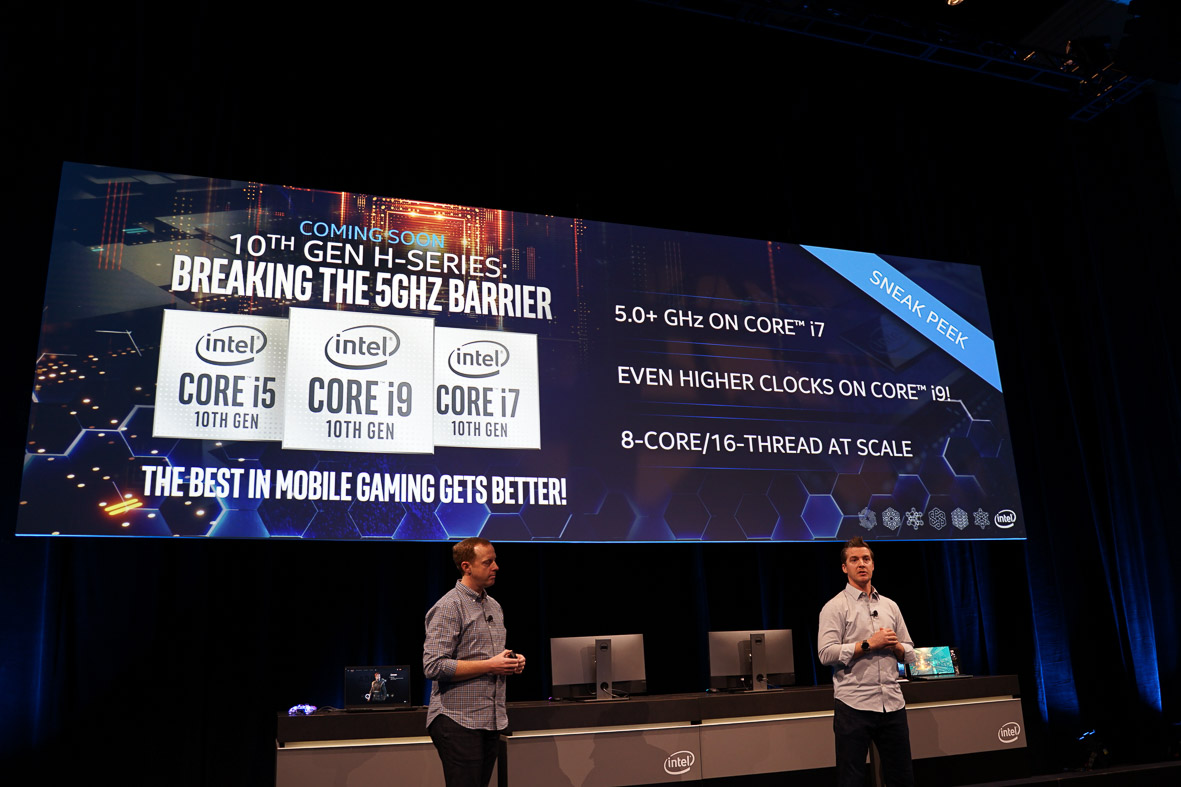 Intel has also announced that 8-core, 16-thread variants of Comet Lake-H processors will come to high-end laptops and workstations soon. Currently, the top-end SKU Comet Lake U processor has 6 cores/12 threads at up to 25W configurable TDP. With an increased core count, Comet Lake-H could demand more power. Intel also said that Comet Lake-H will be able to achieve 5GHz+ frequencies. Although this number is unlikely for all-core clock boost, it’s impressive nonetheless. Intel will be talking more about its Comet Lake H processors at its press event on Monday.

Intel Tiger Lake, the mobile processor microarchitecture that will eventually succeed Ice Lake in 2020, also received a mention. According to Intel, it will feature improved AI DL (deep learning) Boost, second-generation GNA accelerators, and a broader spectrum of integer acceleration including 8bit integer, a number size that’s becoming a popular alternative to long 32-bit floating-point numbers for inferencing and AI training. Tiger Lake will likely be built on Intel’s 10nm++ transistors, a refined and optimized version of its current 10nm process used for Ice Lake.

Intel will be providing more details to each respective technology at its conference tomorrow.

Tom Li’s is attending CES as a guest of Intel. However, Intel did not review this article prior to publication.