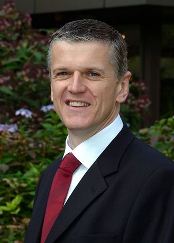 While some vendors are choosing increasingly to run their Canadian operations as an adjunct of the U.S., microprocessor vendor Intel Corp. is going in the other direction, with a reorganization that will see Intel Canada operate as an independent subsidiary, with its own sales and marketing strategy.

And leading the new Intel Canada as country manager will be Graham Palmer, who operated under the same sort of structure in his last position with Intel, leading the vendor’s operations in the United Kingdom and Ireland. Palmer spoke with CDN about 30 days after crossing the pond, and he said he’s had a busy month so far.

“I’ve been out and about meeting customers and partners in Ottawa and Montreal last week, and a lot of time in Toronto meeting people,” said Palmer. “An action-packed month from a business perspective and a family perspective, getting my wife and one of my kids settled as well.”

While it’s still early days, Palmer said a few things have struck him about the Canadian market so far. The challenges any business faces around the desire to be more competitive and efficient through the use of technology is consistent globally. Two things have stood out to him, however.

One is the strength and size of the small and medium-sized business (SMB) segment in Canada, which he said is a real asset as SMBs can adapt more quickly to changing business climates. And the second is that, while it may not feel like it to Canadians, we’ve actually weathered the economic downturn pretty well, particularly compared to his last stop in Western Europe.

“The economic foundation is actually strong here, even though it may not feel like it,” said Palmer. “The opportunity to grow here is quite strong.”

It’s an opportunity that Intel will look to capitalize on in Canada with a new structure, similar to the one Palmer led in the UK and Ireland. While previously, separate sales and marketing organizations in Canada would have reported into U.S.-based executives, now as country manager Palmer will direct and oversee sales and marketing strategy for the Canadian market. It’s a broader position than that previously held by Doug Cooper and then by Elaine Mah, who will remain with Intel as director of marketing under Palmer.

“It’s a very holistic view of what’s happening in the market,” said Palmer. “It will allow (me) to set the unifying direction for the country team, as opposed to being more business-segment focused. You have a breadth of visibility into the entire market, and can identify where there’s opportunities for collaboration and new partners.”

Palmer said he foresees working with partners to develop a more vertical-focused strategy, identifying financial services and the education sector as two possible focus areas. He said it’s important for Intel’s channel partners to have a focused strategy that understands a key business segments and the challenges within it, and that’s an area he’ll be investing in.

Jeff Jedras
A veteran technology and business journalist, Jeff Jedras began his career in technology journalism in the late 1990s, covering the booming (and later busting) Ottawa technology sector for Silicon Valley North and the Ottawa Business Journal, as well as everything from municipal politics to real estate. He later covered the technology scene in Vancouver before joining IT World Canada in Toronto in 2005, covering enterprise IT for ComputerWorld Canada. He would go on to cover the channel as an assistant editor with CDN. His writing has appeared in the Vancouver Sun, the Ottawa Citizen and a wide range of industry trade publications.
Previous article
Lenovo prepares for hand-to-hand combat
Next article
New Citrix programs have workstyle