At its education event in New York this morning, the Redmond, Washington-based giant announced its intent to recapture an area that has been dominated by Google’s Chromebook, unveiling a new edition of its operating system, Windows 10 S, and a new notebook, the Surface Laptop.

Windows 10 S is essentially a lite-version of the company’s Windows 10 OS, designed for the education market. It is still a full version of Windows 10, just it is locked to only applications that can be downloaded from the Windows Store in a similar manner to how Apple and Google treat their respective stores. With significant focus placed on the Windows Store, the Office 365 apps like Word, Excel, and Powerpoint, will be launching in the online marketplace soon.

Apps on the Windows Store are verified as secure, and each run in a safe container on the cloud. It is cloud-manageable through Intune for Education, and sets up OneDrive cloud syncing by default.

Check out the highlights from today's #MicrosoftEDU event: pic.twitter.com/AGbXlOX9wg

Microsoft wants to match the appeal that Chromebooks have at school. These devices need a reliable login process that gets student all of their content instantly whether or not they are on the same device as the day before, and those devices need to have enough battery life to last the whole day. According to the tech giant, that is all possible with Windows 10 S.

And for those non-students or teachers, if you purchase a Windows 10 S device and you want to upgrade to Windows 10 Pro, you can do so for $49 USD. Educators can upgrade for free.

As for its own Windows 10 S dedicated device, Microsoft has announced the Surface Laptop. This is the device Microsoft is hoping students and schools alike will purchase over a Chromebook, albeit at a steeper cost – the Surface Laptop starts at $999 USD.

The device has a 3:2 aspect ratio, 13.5 inch, 1080p touchscreen and a keyboard made of the same material used on the Surface Pro 4 keyboard. It’s light at just under three pounds, and runs on an Intel Core i5 processor, 4GB of RAM, and has 128 GB of SSD storage. There is an option for an i7 processor if you’re willing to shell out the money for it. Fortunately, it has a USB port (no USB-C however), a SD card slot, and a mini display port.

The Surface Laptop runs Windows 10 S, meaning the device will be limited to apps on the Windows Store. However, for $999, not having the ability to download anything from any other source may be a deal breaker for some. 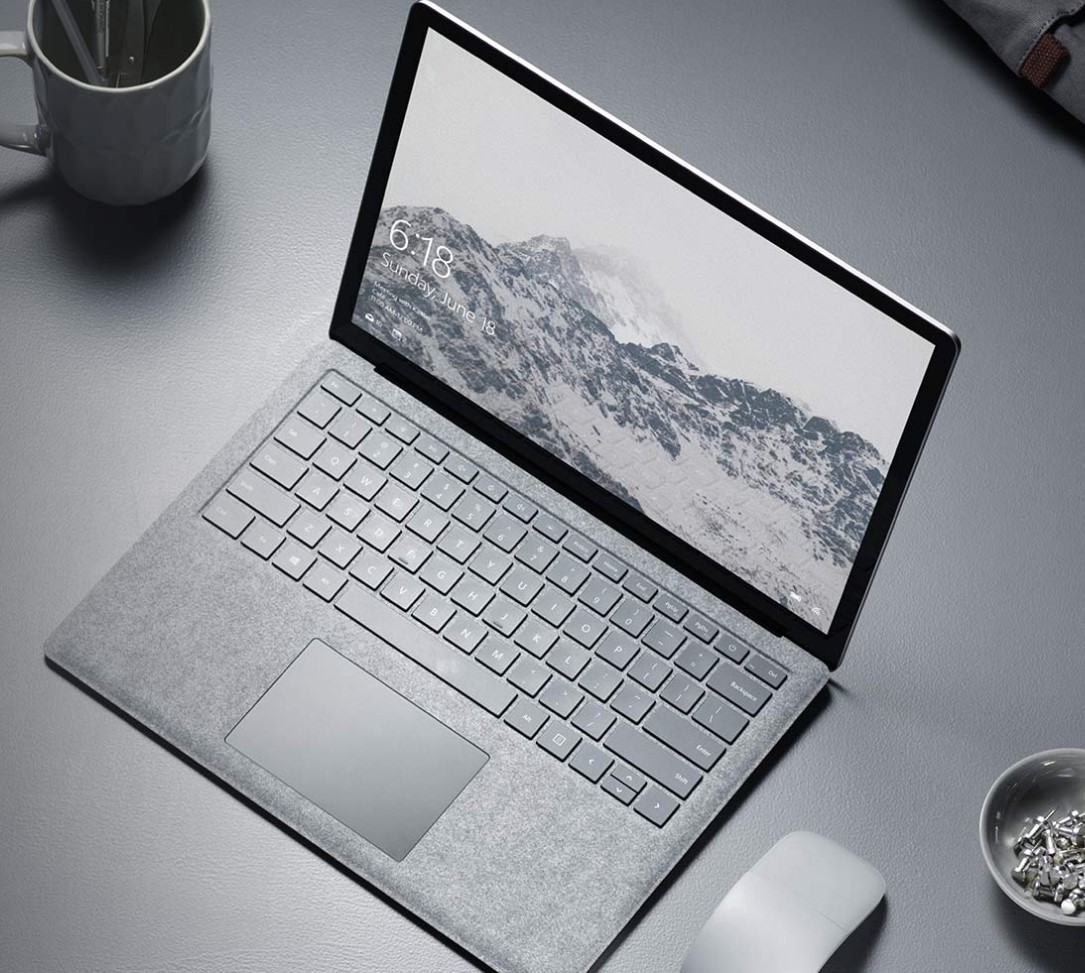 The Surface Laptop will release in 20 countries on June 15. and is available in cobalt blue, burgundy, platinum, and graphite gold. It will become available in Canada and China later in 2017.

For more from Microsoft’s education event, you can read about it here.