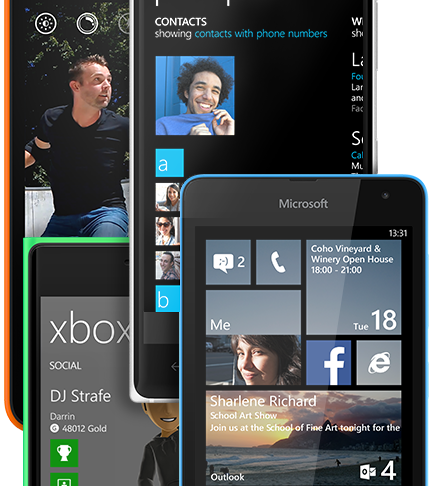 Redmond-based Microsoft Corp. clearly doesn’t expect its fortunes in the mobile devices market to improve anytime soon, outlining plans to eliminate 2,850 more jobs from its smartphone division and fretting that developers will be drawn away from Windows 10 by mobile OS competitors in its annual earnings report filed on Thursday.

The 10-K report filed with the U.S. Security Exchange Commission details how Microsoft laid off 1,850 positions – mostly from within the Nokia business that it acquired in 2013 for $5.3 billion – but there are more to come. “In addition to the elimination of 1,850 positions that were announced in May 2016, approximately 2,850 roles globally will be reduced during year as an extension of the earlier plan, and these actions are expected to be completed by the end of fiscal year 2017,” the document states.

So far Microsoft’s restructuring plans have cost it $709 million, mostly from paying severance to laid off workers.

Microsoft’s plans to further reduce resources around its smartphone division and other language in the report indicate that it doesn’t expect any stunning reversals of its fortune in the mobile market. While Windows 10 has been rapidly adopted by desktop users, and the new Surface hardware well received, the share of the handset market for Windows 10 for Mobile sits below three per cent.

This trend has Microsoft worried that developers won’t invest time in making new applications for Windows 10:

“We face significant competition from competing platforms developed for new devices and form factors such as smartphones and tablet computers,” Microsoft states. “The prevalence of these devices may make it more difficult to attract applications developers to our PC operating system platforms. Competing with operating systems licensed at low or no cost may decrease or PC operating system margins.”

Drawing developers to make apps for Windows 10 is not only a key steep in drawing users to the platform as well, but part of the revenue strategy for Windows Store, which similarly to Apple’s App Store and Google Play, takes a portion of the sales on each app or in-app purchase.

Case in point: Apple Inc. is estimated by analysts to have made $3 billion in revenue thanks to the in-app purchases made in Pokémon Go. The popular game is also available on Android, but isn’t available on Windows 10.

Microsoft even notes that the popularity of mobile devices (i.e. smartphones running iOS and Android) compete with the products of its OEM partners, and “that may affect their commitment to our platform.”

Microsoft has conceded that it won’t see Windows 10 break into the mobile OS market and become a third major platform to rival the likes of iOS and Android. Instead, it will cater to niche markets with its hardware efforts in this space.

“These changes in the phone business reinforce our strategy to create a vibrant Windows ecosystem with a single set of experiences,” it states. “Part of this strategy involves focusing our phone devices on a narrower range of customer categories and differentiating through the combination of hardware and software we are uniquely positioned to offer.”

It’s that change in strategy the resulted in the “reduction of units sold,” Microsoft explains. It anticipates that trend will continue through its 2017 fiscal year.

OEM partner HP is slated to launch a Windows 10-based mobile device later this summer. The Elite x3 is described as a unique “3-in-1” device that serves first as a smartphone, but can adapt to a laptop or desktop setup with available dock accessories. The device won’t be sold on the consumer market, instead focusing on sales to businesses.

Brian Jacksonhttp://www.itbusiness.ca
Editorial director of IT World Canada. Covering technology as it applies to business users. Multiple COPA award winner and now judge. Paddles a canoe as much as possible.
Previous article
A Chinese smartphone maker has unveiled devices to compete with Apple’s Macbook Air
Next article
Any Android device can now be turned into a BlackBerry