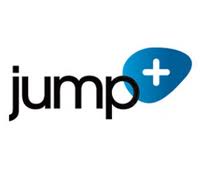 The province of Newfoundland and Labrador is affectionately called the “Rock.” And, for the most of its history the economy of Newfoundland has been rocky, but in the last half decade the province mostly known for fishing has re-invented itself and now boasts an employment rate  higher than any other region in Canada.

Spurred by this economic growth Jump I.T. of Toronto is set to open its sixth location nationwide in St. John’s, N.F.L.D. this Saturday, March 23rd 2013 at 11 a.m. The store is branded Jump+ and offers predominantly Apple products including its flagship iMac. The St. John’s Jump+ will also have new MacBook Pro with Retina display in both 13-inch and 15-inch screen sizes, iPhone 5s, and the complete line of iPads and iPad minis.

Jump+ also carries a wide selection of accessories and services to complete any Apple solution.

Kenny Hammond, St. John’s Jump+ store manager, said the company is extremely proud to be a part of the community and it look forward to meeting every existing and potential Apple owner and assisting them with a wide array of accessories and services, including personal training and custom training sessions.

Hammond added that there will be weekly workshops, business seminars as well as ongoing maintenance and services.

The goal for Jump+ in St. John’s is to be the local Apple experts.

The new Jump+ store will be located at the Avalon Mall on Kenmount Road.

CDN Staffhttps://channeldailynews.com
For over 25 years, CDN has been the voice of the IT channel community in Canada. Today through our digital magazine, e-mail newsletter, video reports, events and social media platforms, we provide channel partners with the information they need to grow their business.
Previous articleThe future of the computer and human mind looks frightening
Next articleNon-profit think tank takes aim at Apple