Public cloud pricing may be a double edge sword 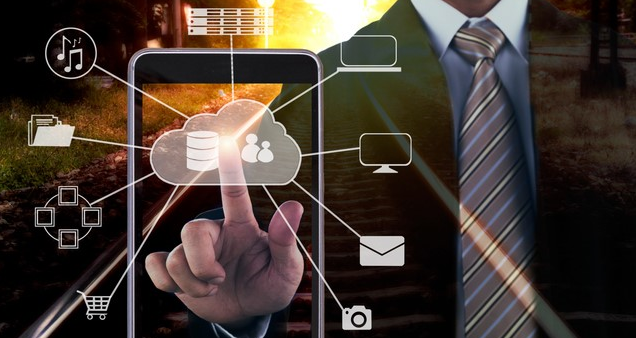 At the recently concluded Dell EMC World in Las Vegas, company CEO Michael Dell said public cloud is twice as expensive as on-premise, especially for the predictable portion of workloads.

Michael Dell based his comments on customer feedback and went on to say that 90 per cent of Dell EMC customers fall into this double edge sword. The narrative with public cloud that most people accept is its cheaper. However, Michael Dell said not every workload should be on the public cloud.
Now he is not against public cloud and admitted the market is moving in that direction in droves.
Another Michael, Michael Hughes, the senior vice president of worldwide sales for Barracuda Networks agrees with Michael Dell but added there are two other factors customers should take note of: flexibility and simple management.

According to Hughes, flexibility and simple management will encourage companies to migrate to the cloud making price not that big of a factor.

In a recent blog post from Hughes, price is just one reason a company might want to move to the public cloud.

“As the competition continues to heat up, price will become less of an issue for customers and will drive the continued rise towards a multi-cloud model,” he said.

Hughes provided an example of a state-run lottery (a Barracuda customer) that uses Azure with a fixed all-you-can-use licenses on an annual basis. Under this plan, the lottery can increase services via the cloud for peak demand times. There was a time when the lottery had a massive jackpot and the Azure farms were handling five times their maximum daily throughput.

If the lottery was on-premise, Hughes countered that they would have incurring unnecessary costs since after the mega-jackpot was won the systems would not require all that throughput.

Cedric Combey, the vice president of cloud provider OVH,  did not disagree with Michael Dell’s stance saying that he is basis his comment on predictable workloads.

“I don’t believe 100 per cent of a company’s infrastructure will be based in the cloud. I am strong believer that every single company has to consider the cloud as a way of offering flexibility and too save money,” Combey said.

He added that cloud providers such as OVH can assist in the development of hybrid cloud models. OVH does not overlook that companies have investment significant dollars in on-premise systems and that workloads will continue to be on-premise.

“I think they will go to the cloud because of flexibility. To me it will not be all cloud for at least 15 to 20 years,” he said.

Recently, OVH placed second overall in North American-based public cloud suppliers from the Cloud Spectator report. Cloud Spectator is a Boston-based research and consulting firm that analyzes cloud performance along with price comparing all competitors. OVH was first in the European ranking from Cloud Spectator.

Combey does not see a price war with cloud because only 15 per cent of legacy systems are on the cloud today. That leaves a huge market to exploit. IaaS reached the $40 billion milestone worldwide this year. He anticipates the market to climb to $400 billion by 2021. This is not to say OVH doesn’t want to provide aggressive pricing for customers. Only that there is higher margin in public cloud today. He suggests that cloud needs to be properly managed internally or customer will not realize any price advantages. “There is no price advantage if you go to the cloud and it slows things down for you. People are now waking up and saying if you want customers to go to the cloud then you need to be attractive to them.”

A look back at cloud pricing reveals average entry-level cloud computing declined by some 66 per cent over the last two year period to November 2015,  according to the Pricing the Cloud report in 2014.

That decline in cloud pricing reflects in part the intense competition between public cloud computing providers, and also the rapid product innovation that is taking place among the key worldwide platform providers. Last year the report concluded the average entry-level cloud computing Instance is now at $0.12 per hour (based on Windows OS) in US dollars. The range of pricing available has narrowed over the past 2 year period, as cloud computing providers such as Rackspace Hosting and others have reduced their rates towards the levels charged by the global cloud providers – such as AWS, Microsoft Azure and Google.

OVH is taking the approach of providing interoperable solutions to the market and being more of a vertical integrator for cloud. “The difference with the interoperable model is customers can opt in and out. We value this and offer rock-solid solutions because we do not want to treat customers as prisoners,” he added.