Time to get serious

The term “artificial intelligence” in 2019 was catnip to investors.

Back in March, London venture capital firm MMC published a report that found startups claiming to work in AI attracted as much as 50 per cent more funding compared to other companies. That same report also found that 40 per cent of European startups that were classified as artificial intelligence companies didn’t actually use AI at all.

“Canadian adoption will be driven by what AI is demonstrably better than humans at: content identification and searching, image recognition, and transformation of unstructured to structured data,” it says.

Click here to read more about what to expect in 2020 across the IT industry.

In Canada, it’s becoming abundantly clear that AI will fundamentally reshape the way businesses, governments, and individuals function on a day-to-day basis, but even with the country’s burgeoning research hubs and tech talent, Canada’s adoption of AI remained largely stagnant. According to a report from Deloitte, only four per cent of Canadians surveyed feel confident enough to explain what AI is and how it works, and only eight per cent of Canadian companies surveyed plan to increase their spending by more than 20 per cent in the upcoming year – 40 per cent fewer than the global average.

The federal government appears to be aware of the problem.

In 2017, Ottawa launched its $125-million Pan-Canadian Artificial Intelligence Strategy, joining the U.S., France and China in adopting a national plan. The government has also announced the creation of five innovation “superclusters,” one of which aims to harness AI and robotic technologies to transform the supply chain space.

However, at this point, it’s been difficult to identify any major payoffs.

Throughout 2020, expect to see a much more focused approach around the application of artificial intelligence in the enterprise and in the public sector as they try to address imminent challenges, such as data privacy, cybersecurity, and ethical risks.

We’ve compiled some research and comments from experts to determine what some of the biggest AI predictions for 2020 mean for Canadian enterprises.

PwC’s third annual AI Predictions report says only four per cent of U.S. executives surveyed plan to deploy AI enterprise-wide in 2020. A year prior, that figure was 20 per cent. This is a clear sign: Enterprises need to focus on the basics before embarking on large AI projects. 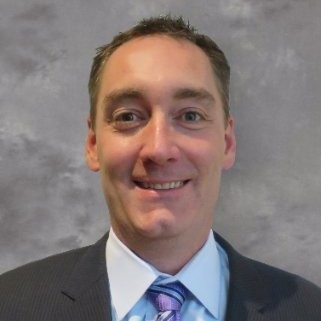 “I don’t think most organizations have problems that need GPUs and TPUs and these really complex chips. I think there are still a lot of problems organizations can solve without trying to invent new algorithms and applying the latest and greatest in AI,” explained Steve Holder, head of strategy and innovation for SAS.

Data lakes are a good stepping stone to the development of AI and machine learning, allowing data to be secured in its original form and then cataloged, and indexed.

Back in September, Scott Mullins, head of worldwide financial services and business development for AWS, said he frequently has to talk banks down from adopting machine learning because they’re simply not ready. He said he often suggests they turn to data lakes first.

Expect financial institutions to become increasingly comfortable with AI technologies next year while warming up to the fintechs developing a lot of these cutting edge solutions, to begin with.

Most Canadians are worried AI is advancing too quickly, and they expect banks to have the answers, says study


Smarter at the edge

Deloitte is projecting that more than 750 million edge AI chips – meaning chips that perform or accelerate machine learning tasks on a device rather than in a remote data centre or through an internet connection – will be sold in 2020.

This will have an obvious impact on consumer devices such as smartphones, tablets, wearables, and smart speakers, but the enterprise market will find significant value as well. They’ll integrate these chips into robots, cameras, sensors and other IoT devices. Deloitte expects the enterprise edge AI chip market in North America to grow at a compound annual growth rate of 50 per cent.

“By bringing AI to the edge, we can stream it, score, and maybe not even store it at all. It means we can actually implement the AI decision-making on those edge devices,” explained Holder. “A lot of organizations in Canada have started to dabble in image and text recognition, but they’re not doing it across their entire organization. And I think the additional processing power and chipsets will allow people to start to scale that out.”

Processing data at the edge also yields privacy benefits as well. Earlier this year, Google claimed that it’s working to anonymize the data it collects by scrubbing it free of personal information before they’re uploaded to Google servers. It’s also looking to compress the AI speech processing capability to a size that can be stored on an average smartphone, eliminating the need to be connected to the cloud to issue commands to the Google Assistant.

Launching a new product or service requires good data. Without it, businesses are flying blind and they run the risk of launching something that has no appetite, costing millions of dollars.

Adastra Group, a Canadian data firm, recently launched a personalized marketing video solution that uses AI to optimize personalized video and marketing campaigns. T-Mobile was one of the company’s earliest adopters of the solution known as AmetIO. 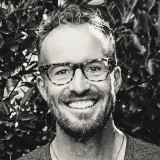 “You’ve got to make sure you’re providing value,” he said, adding how it’s much easier to identify value in the consumer world – B2B is a different beast entirely.

In addition to scaling and automating nearly everything a business does, the bread and butter of AI is its ability to personalize content at the right time for every individual.

Most marketers are using AI for this purpose, but expect this use case to increase in 2020.

In the consumer world, Adastra has identified what times work best for deploying personalized ads. There’s still work to be done in B2B though.

“It’s still so new. We’re still in the data collection phase. I think we’ll start to see a lot more results in that space over the next six months.”

As tedious tasks are removed from employees’ shoulders, organizations have to figure out how those people are being upskilled to perform different tasks, while ensuring the AI performing those mundane tasks can be held accountable by explaining what’s going on under the hood.

Manoj Saxena, executive chairman of CognitiveScale, says 2019 was “an awakening” for enterprises when it comes to the importance of transparent and trusted AI.

“Just like the internet, when it first launched it only had HTTP and it didn’t have HTTPS,” he explained. “And enterprises did not adopt the web until they had HTTP secure. I think the same thing is happening with AI. [2020] will be the year where we go from academics to economics and run the economics to scale out in a trusted and transparent manner.”

Ashley Casovan, former director of data and digital for the Government of Canada, and the new executive director of AI Global, is helping lead several projects, including a responsible AI Portal. The portal is an authoritative repository combining reports, standards, models, government policies, open datasets, and open-source software to help members better navigate the AI landscape and directly connect with the experts who created these tools. She’s also spearheading the development of an independent certification mark to help consumers easily identify trusted AI services and tools.

The national standard for automated decision systems is available, for free, in English and French, and can be found here.

Cisco’s Visual Networking Index Forecast report says global business internet traffic is expected to increase three-fold from 2017 to 2022. This makes it increasingly difficult for IT teams to monitor data moving across firewalls, and opens the door for AI to fill some of those gaps.

A report from Capgemini highlights how 61 per cent of organizations acknowledge that they can’t identify critical threats today without some level of AI capabilities.

In 2019, budget restrictions were a significant barrier for IT pros and security teams who were looking to bolster their security. The 2019 SANS Automation and Integration Survey says nearly 60 per cent of the 218 surveyed technology professionals – 70 per cent of whom described themselves as security pros, the rest are categorized as analysts and upper management – claimed budget restrictions were the number one concern around automation. That was very closely followed by resource constraints and lack of integration standards.

According to research firm NPD Group which tracks distribution data, the “pacesetters” in the cybersecurity space for 2019 included Symantec, Palo Alto, IBM, FireEye, Commvault, and Fortinet. These vendors are experiencing high growth and differentiating themself with a unique set of offerings that address firewalls, endpoint security, security information and event management, and identity and access management. For channel partners, it’s going to be critical they align themselves with vendors who address wide swaths of the security

NPD data also shows a sharp 18 per cent increase in the number of security software solutions sold by distributors between 2017 and 2018. Expect this trend to continue in 2020, as AI capabilities are integrated into new applications and solutions and delivered through the cloud.