For most of us, creating an ideal workstation is a matter of optimizing our desks for ergonomics and productivity. For some people, though, it’s a challenge to reach new technological and artistic extremes.

Don’t take my word for it — check out these seven cool and creative workstations and see just how insane a seemingly simple space can become. 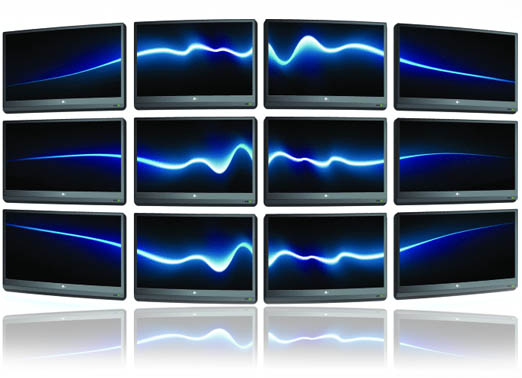 You lookin’ at me?

Tim Samoff set up this six-monitor studio for video-editing work. Just don’t wake the monitors too early, or they might not be smiling. 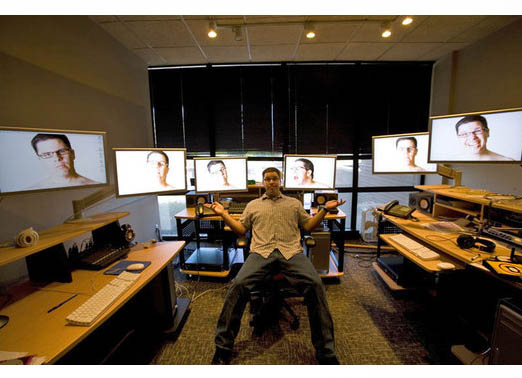 Software developer Stefan Didak says you can “never have enough screen real estate” — and his impressive home office reflects that perspective. Didak has six artfully arranged 24-in. monitors and a host of other high-tech goodies. The downside? Didak’s electric bill, as he puts it, is “somewhere in between ‘ouch’ and ‘cringe.'” 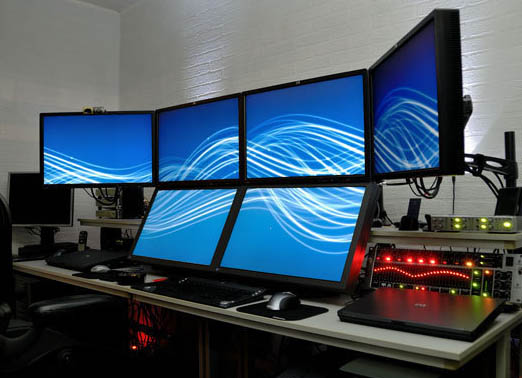 Will that be for here or to go?

Talk about mobile productivity: This workstation-on-wheels features six 23-in. Apple Cinema displays hooked up to a quad-core Mac Pro machine. It’s the creation of Todd Dailey, whose Google+ profile describes him as a consulting engineer at Apple. The maps on those monitors, ironically, show the headquarters of a certain other Silicon Valley company. 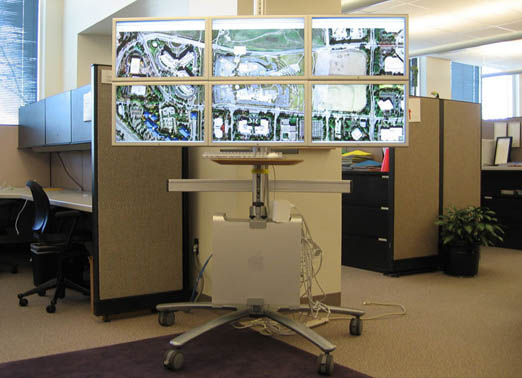 Speaking of fruit-themed technology, bask in the glory of this Apple-centric workstation created by a techie known as “Crouching Donkey” (his choice, not mine). C.D., as we’ll call him for short, gives new meaning to the notion of Apple fandom with his sleek and shiny Mac-filled oasis. One tip: If you visit his lair, don’t bring over a gingerbread or ice cream sandwich snack; he might not appreciate the gesture. 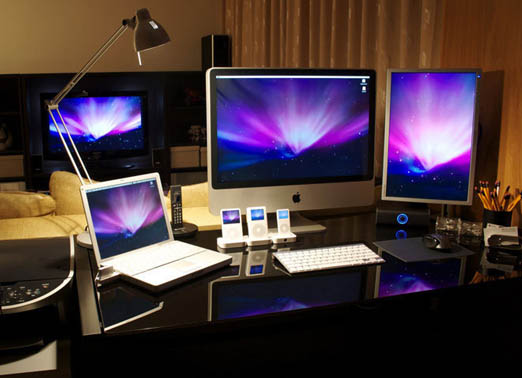 When stock trader Steve Price sets up an office, he really sets up an office. This massive workstation features a total of 32 monitors and five computers. Steve’s recently moved into a newer office with 40 monitors; apparently, 32 just aren’t enough. 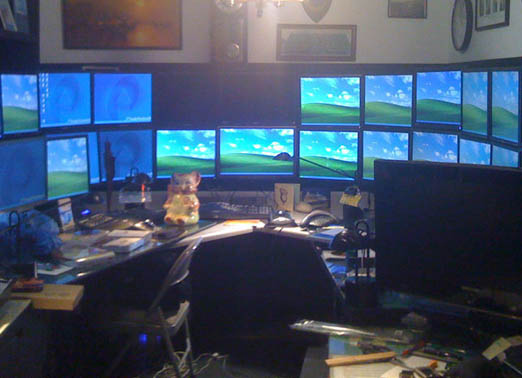 Nine displays, two computers, and Star Trek memorabilia to boot? Yeah, this festive workspace, built (and later rearranged) by Aldo Gonzalez, is certainly one to remember. Gonzalez says he used the screens to keep multiple Web browsers open along with his coding and terminal tools and email. No word on what function the little red fella in the bottom-right corner served. 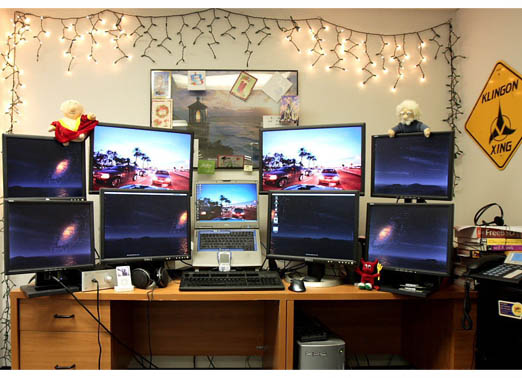 Now that’s what I call an office. This minimalist workspace, created by writer and typographer Stephen Coles, features UV-resistant window panes with optional blinds to prevent midday glare. Oh yeah — and did I mention there’s a tree. 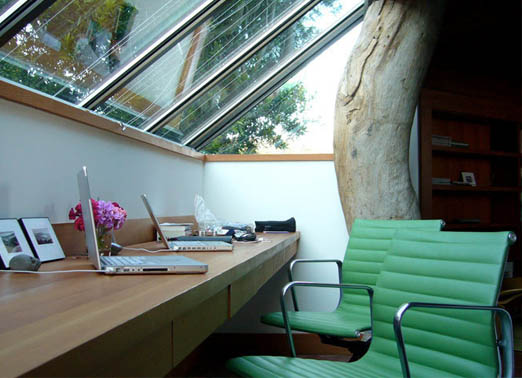