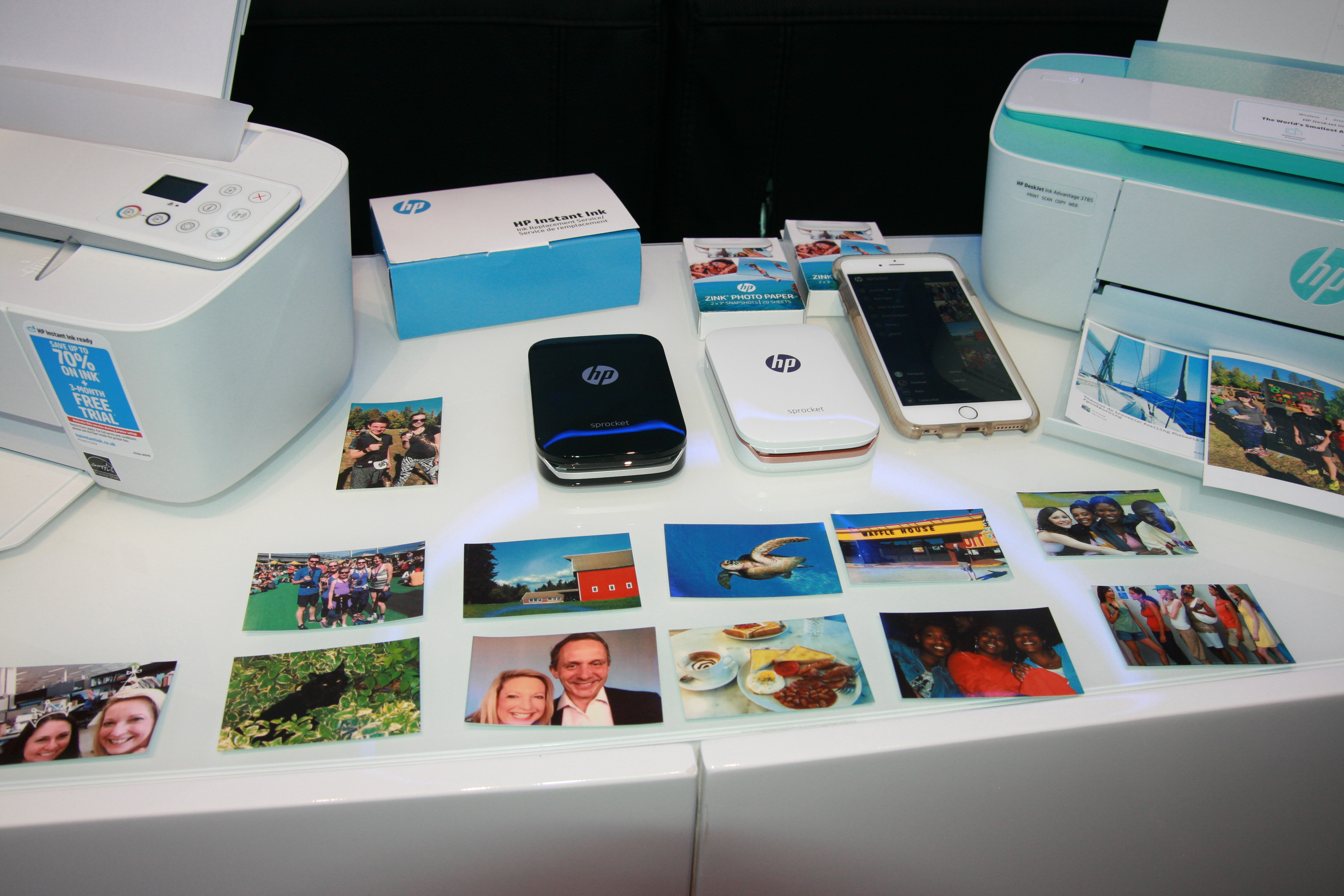 PALO ALTO, Calif. – As part of HP Reinvention Week, its celebration of HP Labs’ 50th anniversary, HP Inc. recently invited several members of the media, including Computer Dealer News, to its Silicon Valley headquarters to test a variety of current and future products – such as the Sprocket portable photo printer, which was released last week in the U.S. but unfortunately isn’t coming to Canada anytime soon. Read on. 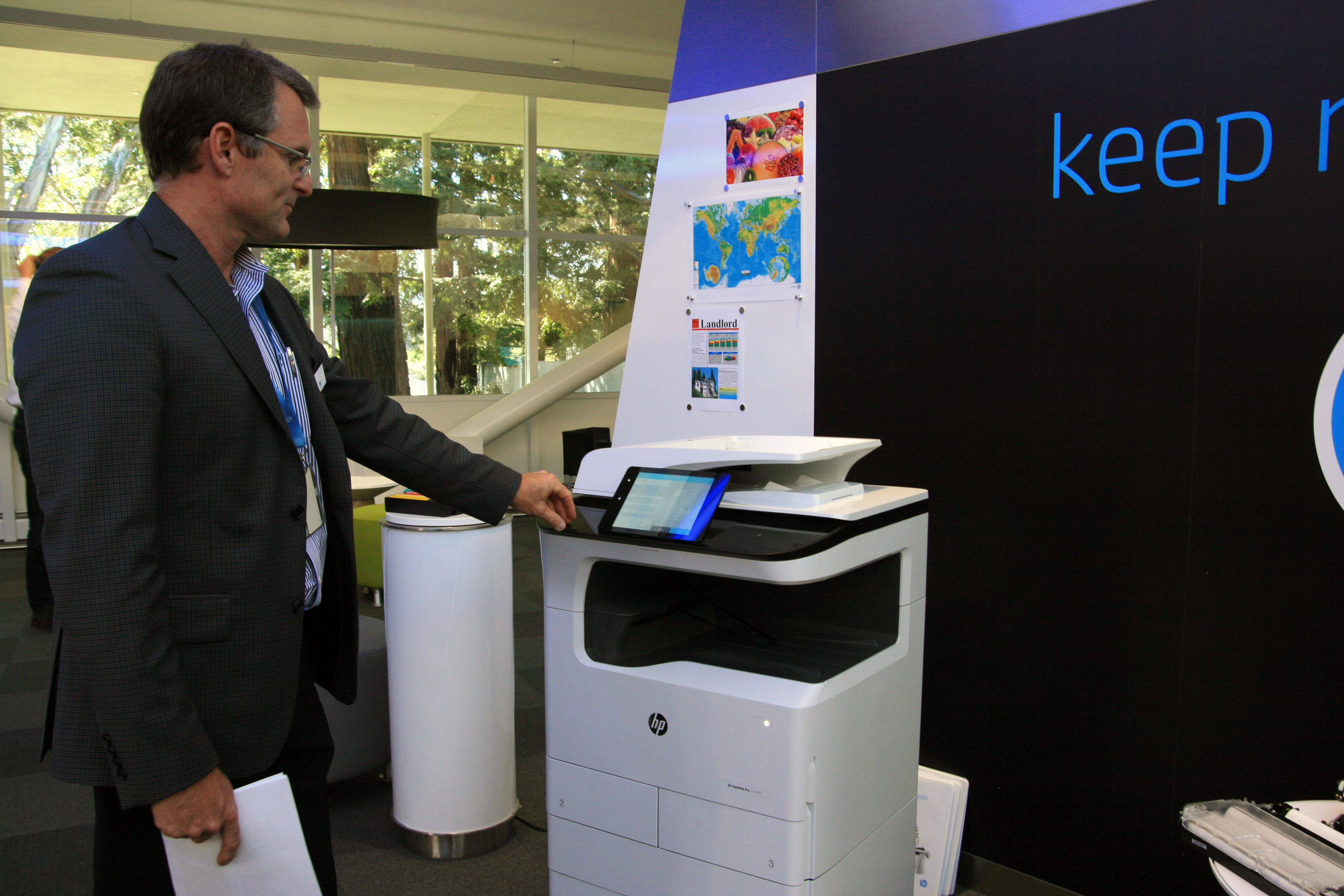 Dean Gaylor, lab manager for HP’s PageWide Pro 7 series, shows off the company’s new A3 copier which, like HP’s other PageWide products, paints a sheet in one pass while keeping its printing engine one millimetre away from its surface. 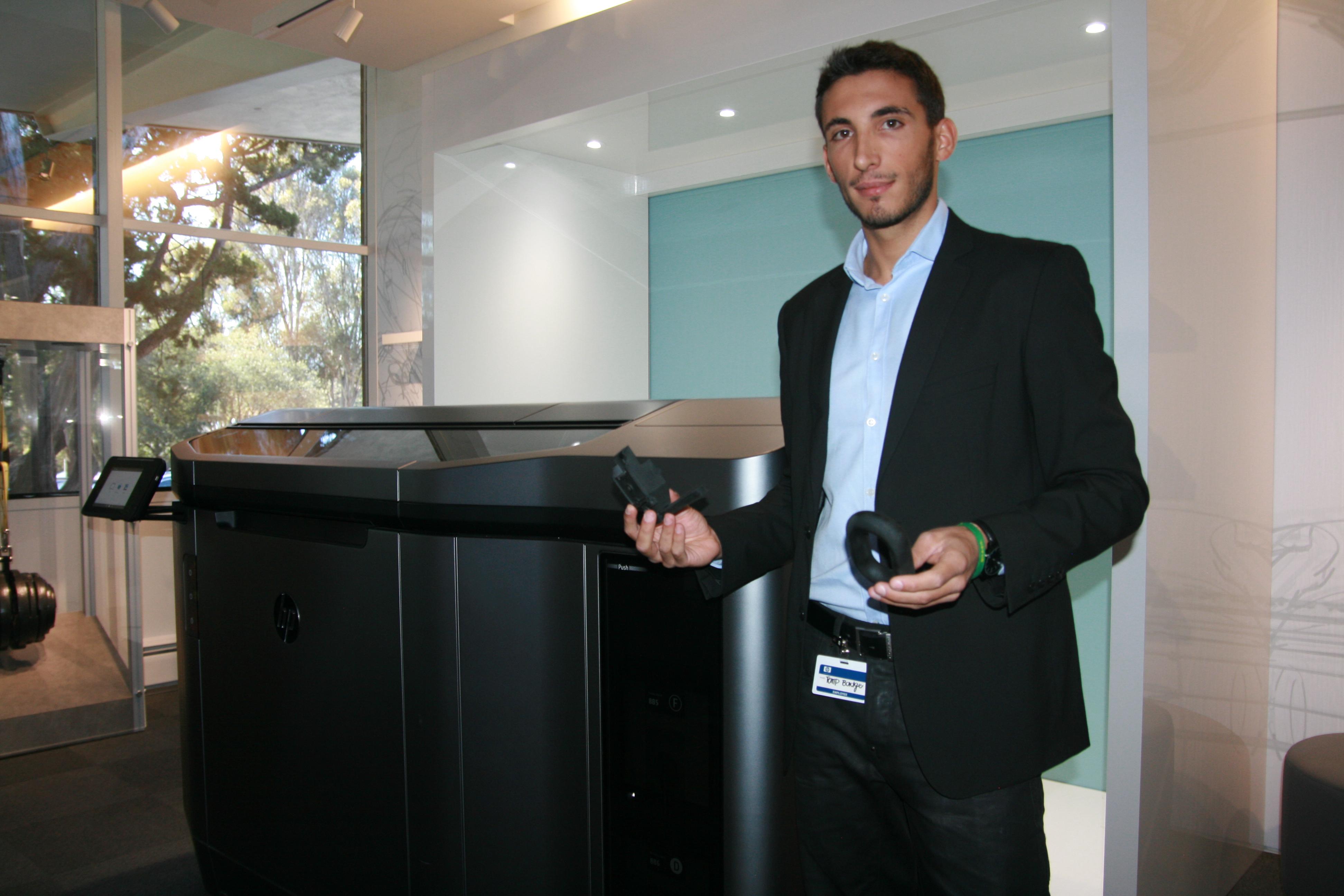 The HP MJF 4200 3D printer is ready for its closeup and will ship in November, says Marc Mariano, a 3D printing manager from HP’s Barcelona customer help centre. HP is targeting manufacturing companies and service bureaus – businesses that offer 3D printing as a service – with the device, which in addition to printing items up to 10 times faster at half the cost of comparable technology, can produce much larger, fully functional parts – including 60 percent of its own. 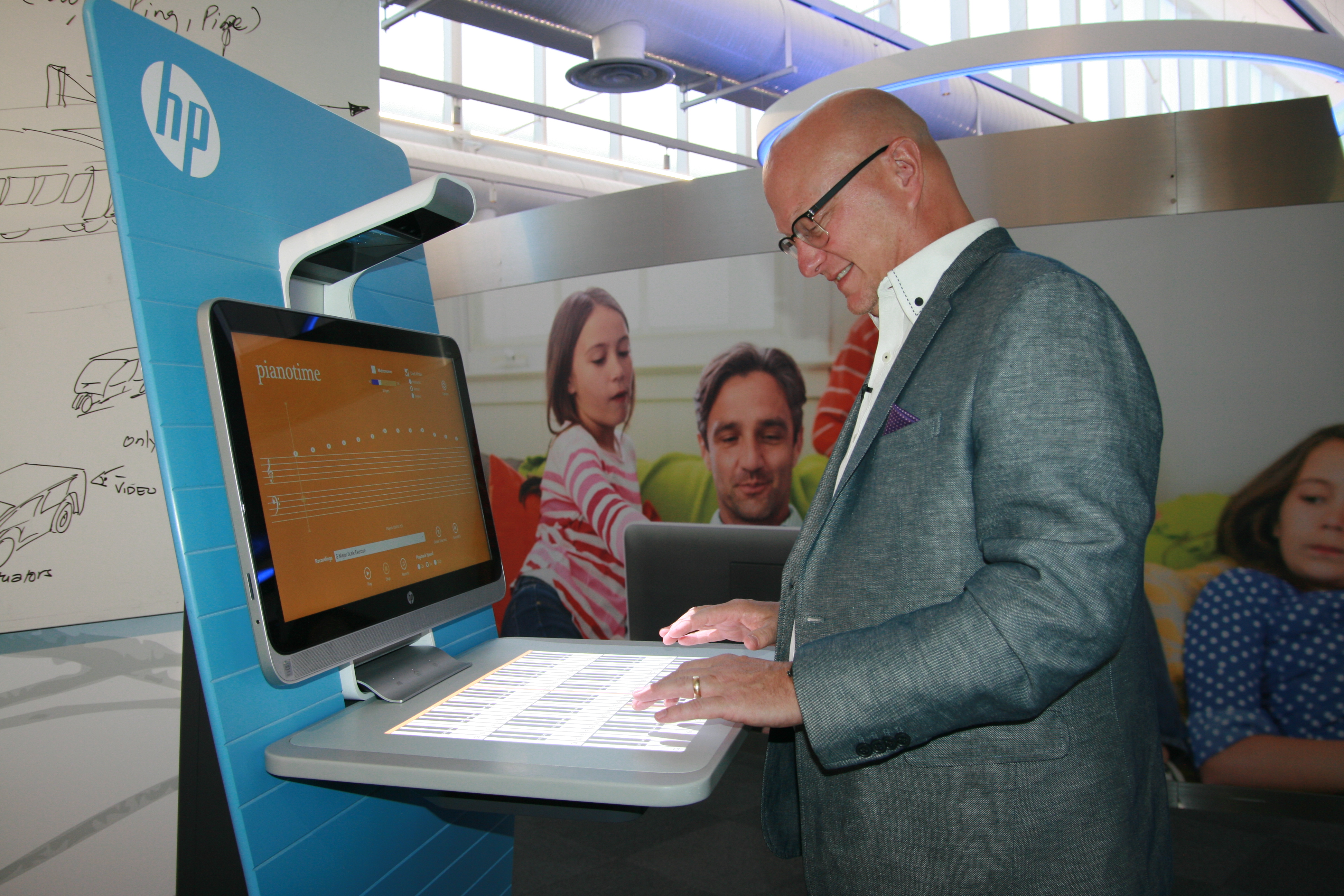 HP CTO and global head of HP Labs Shane Wall plays the piano for Computer Dealer News – badly – on a projected instrument programmed using the company’s gesture-centric Sprout computing platform, which allows programmers to scan objects and project them onto a surface where they can interact with the virtual images as if they existed in three dimensions. (Another Sprout demonstration kiosk nearby allowed visitors to play with projected toys.) 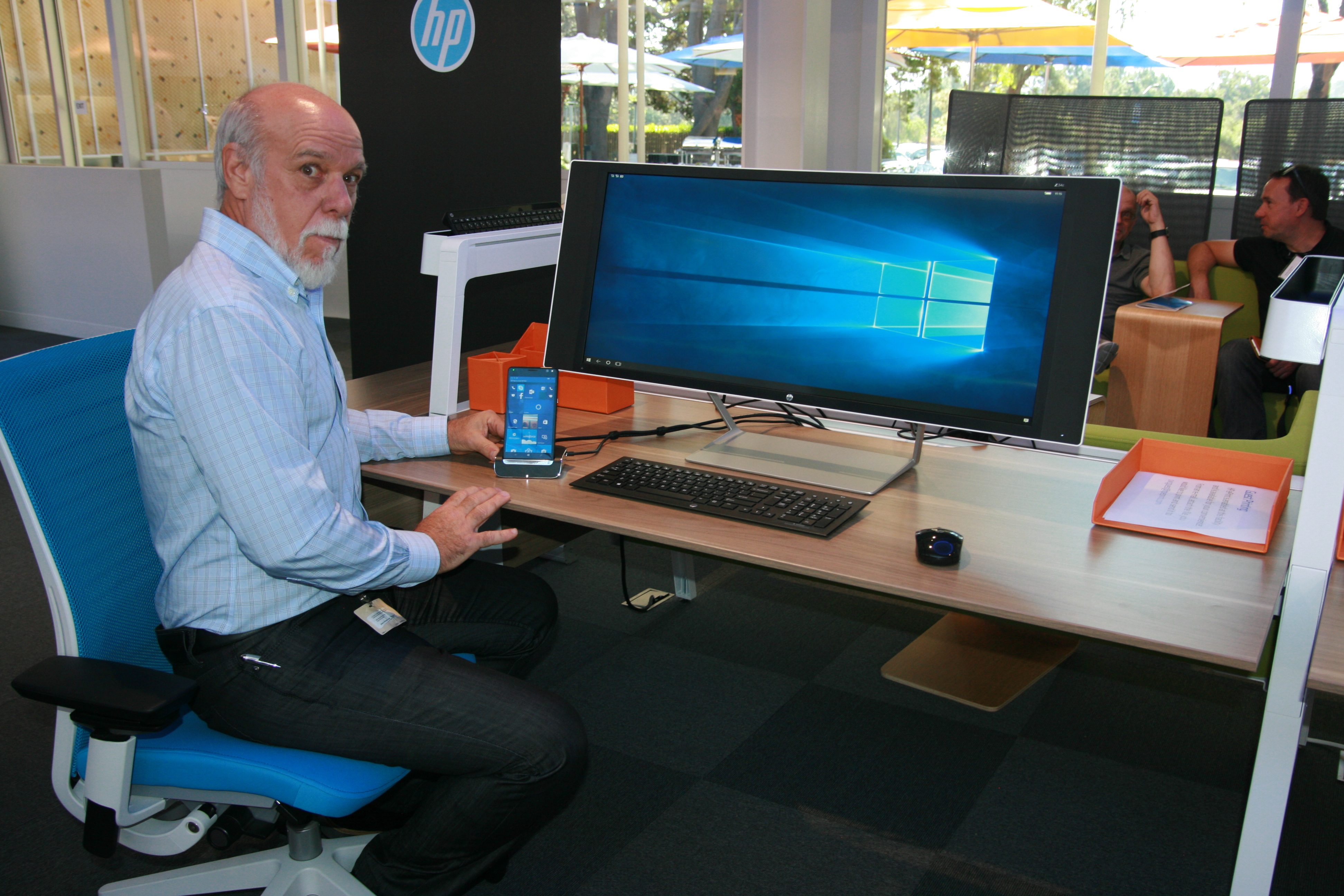 Product spokesperson Jim Christensen shows off the enterprise-targeting HP Elite X3, a rare example of a Windows phone, which means that by utilizing Windows 10’s Continuum feature, it can function as a desktop. Christensen says it’s especially popular with field workers, who can use it to enter information without worrying how they’re going to retrieve it back in the office. It can also support two SIM cards at once, allowing it to act as both a personal and professional device. 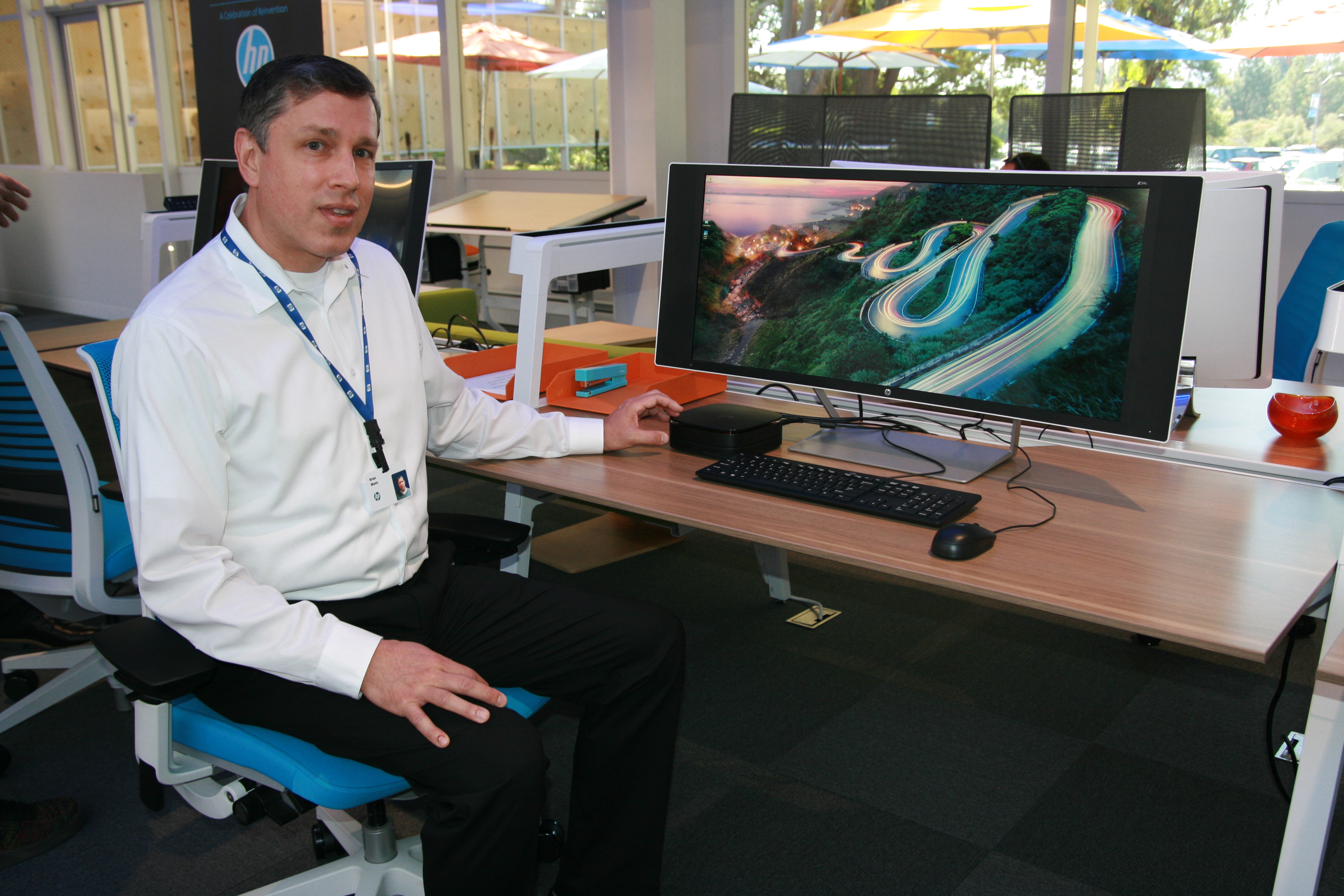 A 6.5-inch desktop powered by a sixth-generation Intel processor, the HP Elite Slice’s key selling point is its modular design, says Brian Wertz, a member of HP’s commercial marketing team. Users pay only for the features they need, which are provided by “slices” that easily stack onto the main device. The conferencing top shown here, for example, allows users to join or end a conference, or mute themselves, by pressing a button. 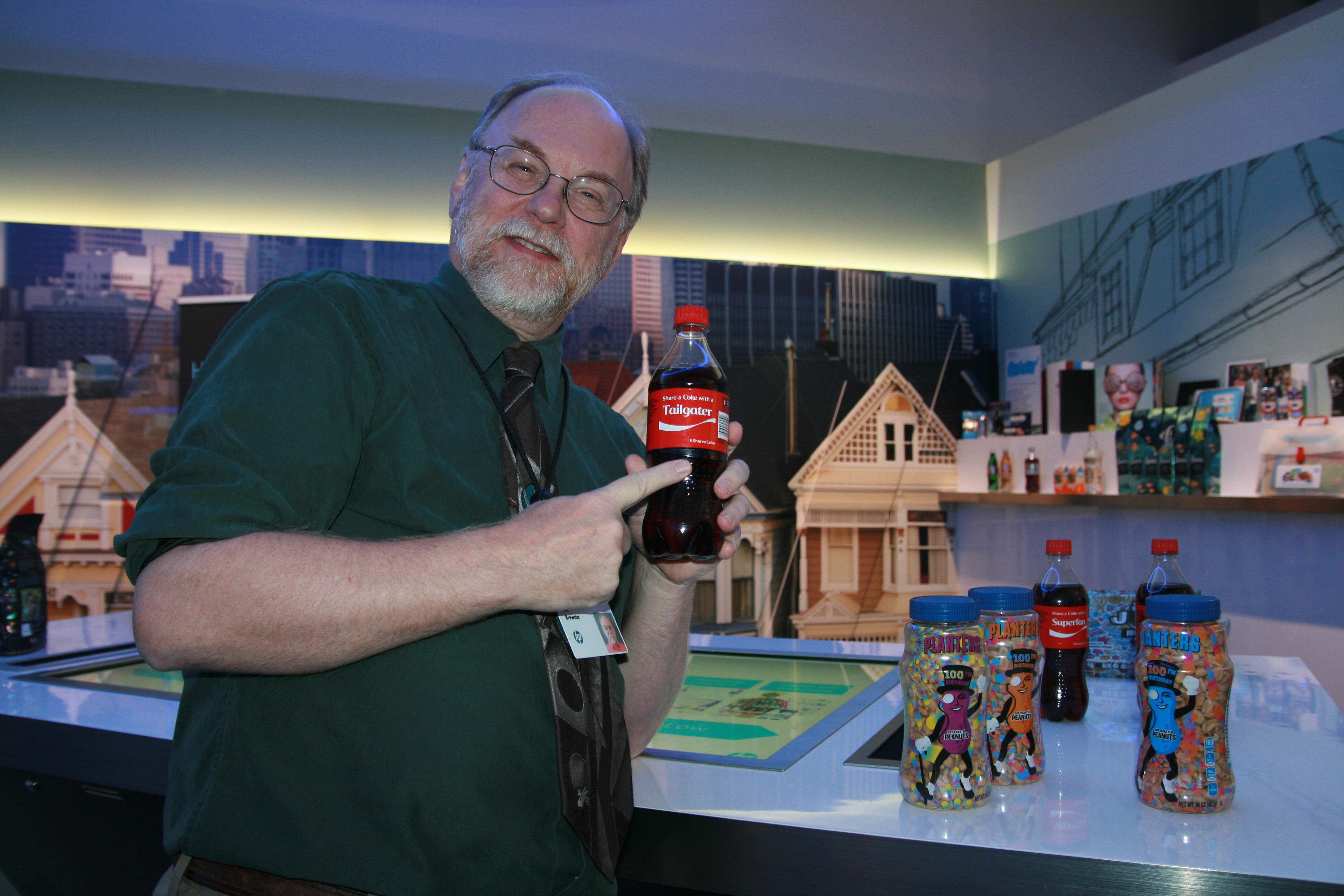 We’re not sure HP had any new commercial printing technology to unveil at the conference, but HP fellow Jon Brewster was quite happy to showcase the fruits of the company’s expertise, which can print on a variety of materials including plastic, posters, wallpaper, and books, with track and trace capabilities and the level of colour accuracy you’d expect from a company authorized to print the trademarked Coke red. 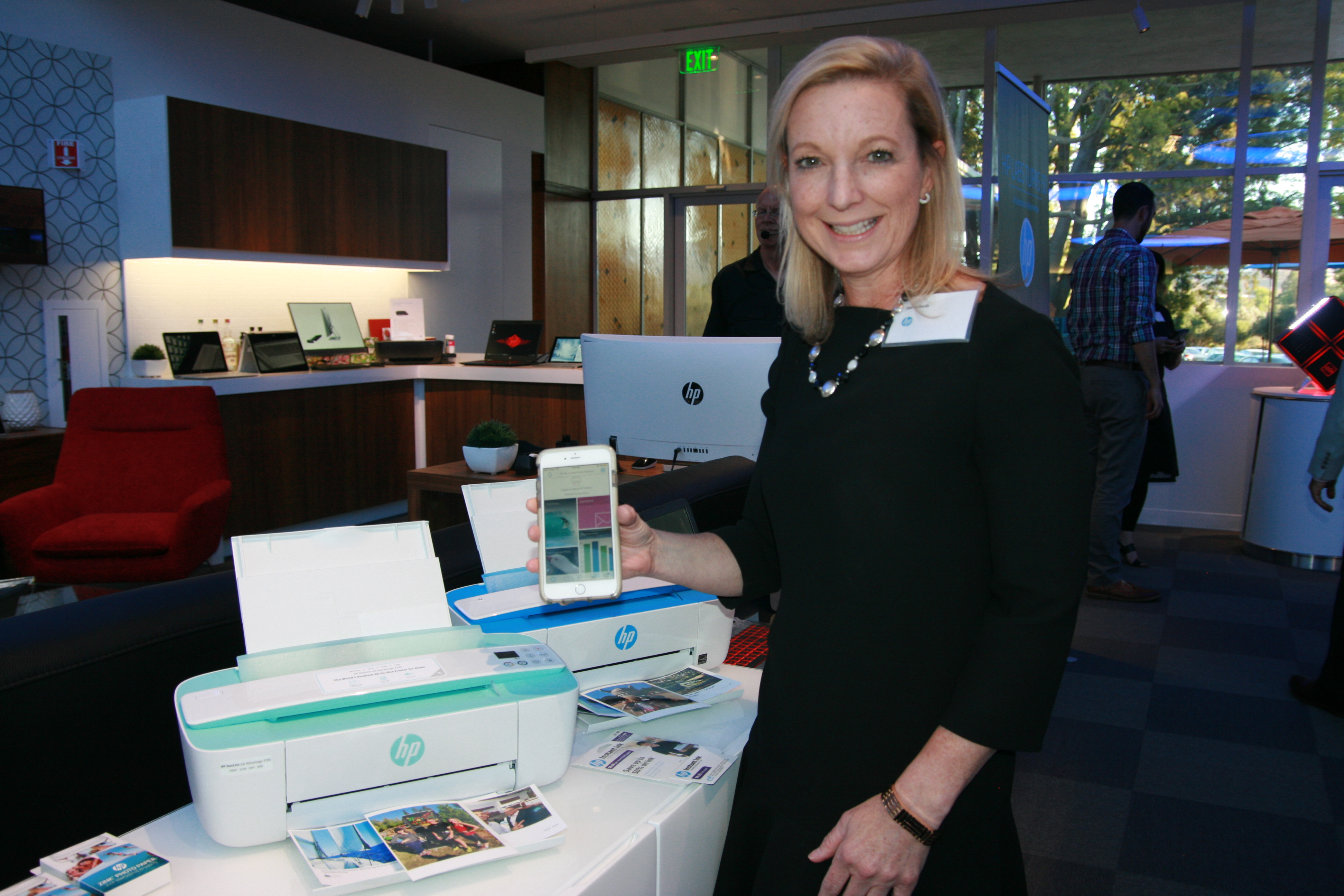 HP general manager Sue Richards shows off the company’s consumer printers. They’re designed to resemble flatbed scanners, which consumers have an easier time feeding paper into, and support scroll scan technology, which essentially turns them into copiers, and the company’s new all-in-one remote app, which allows users to control the printer using their cellphone and print documents from photographs. 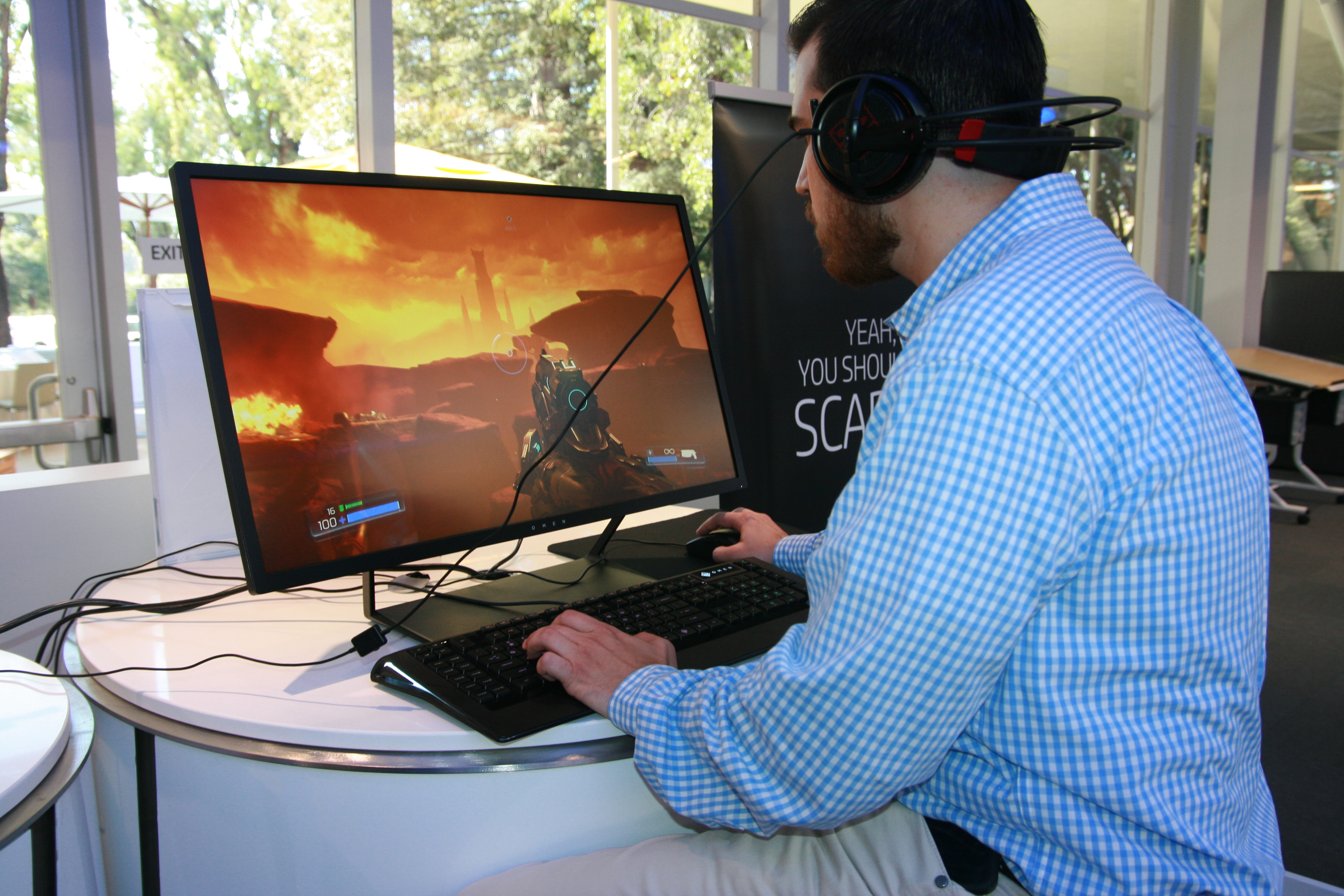 Yes, we know there aren’t very many businesses in the market for a desktop gaming PC, but we have to admit: this Omen X Desktop, with HP’s Patrick Garrett currently playing Doom, looked really impressive.