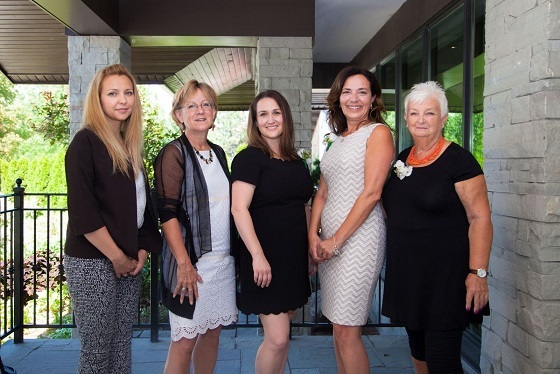 CDN hosted its sixth annual Women of the IT Channel recognition luncheon at the historic Weston Golf & Country Club in Toronto.

More than 130 senior executives from the Canadian IT channel attended the event sponsored by Ingram Micro Canada. CDN, along with Ingram Canada, honoured four women who work for solution providers across the country along with a Rising Star award recipient. From the left Tania Galovic of Infinite IT Solutions, Lynda Partner of Pythian, Heather Schaan of Microserve, Grace Martins of QRX Technology and Norma Tidd of PC Parts and ASAP Computer Canada.

The event was highlighted by a keynote address from legendary hockey superstar Angela James from Team Canada. Other speakers who took the podium were Fawn Annan, president and CMO of ITWC, Mark Snider, the outgoing President of Ingram Micro Canada, and Lori Scarlett, HR director of Ingram Micro Canada. 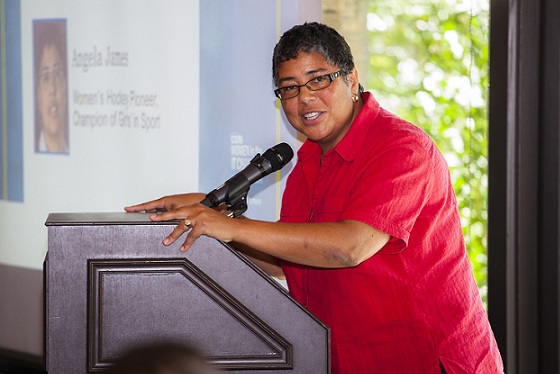 Angela James has been dubbed the ‘Wayne Gretzky of women’s hockey,’ She was the first woman inducted into the Hockey Hall of Fame in 2010. Her influence on the development of hockey for girls and women in Canada is enormous. The five-time World Hockey Champion, Angela James is the sports co-ordinator at her alma mater, Seneca College, in Toronto – devoting her time to the sport she loves and helping women follow their dreams. James delivered a powerful keynote address that was an inspiration to women, athletes, Canadians and anyone who has a dream they want to fulfill. 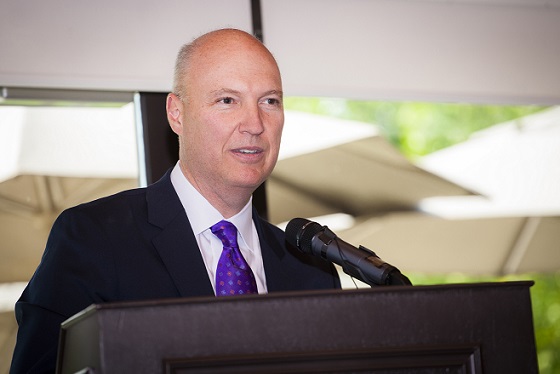 Ingram’s Mark Snider is moving on up

Mark Snider, chief executive at Ingram Micro Canada, gave a heartfelt speech to the audience. Snider was recently promoted to be the Executive Vice President and Group President for Europe, Middle-East and Africa (EMEA) for Ingram.

Snider will be moving away from Canada shortly and plans to work at Ingram’s Irvine, Calif.-based headquarters. Snider has been in charge of Ingram Canada since the middle of 2007 and has been a long-time supporter of the CDN Women of the IT Channel recognition luncheon. 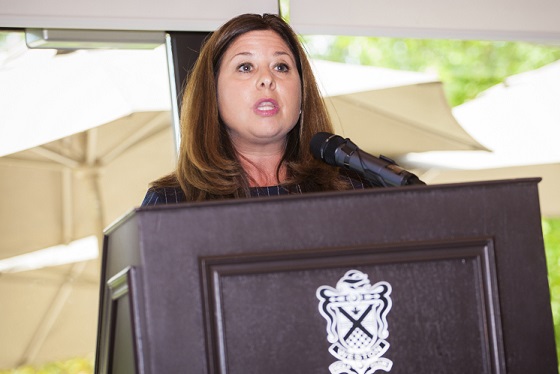 The theme of the event was Pay It Forward

Ingram Micro Canada’s Lori Scarlett, the HR director, spoke on this year’s theme of “Paying It Forward”. Scarlett said that Paying It Forward is one of the defining characteristics of great leadership. She added that people all have good intentions to want to pay it forward and know it’s something that helps in becoming good leaders.

However, the challenge she sees as an HR director, is one of time. “We are all busy,” she told the crowd at the CDN Women of the IT Channel event.

Scarlett said, as woman leaders, we all wrestle with balancing the many things we have on the go at work and home but giving back to the next generation of young woman should be made a priority. 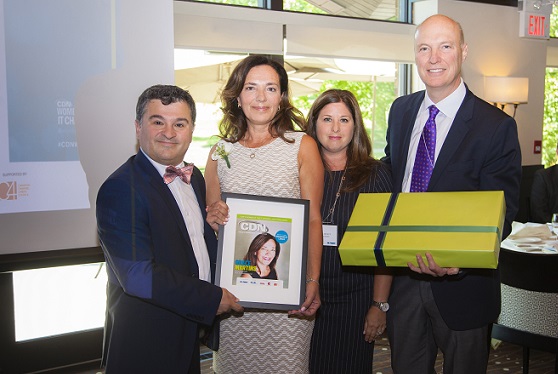 CDN 2016 Women of the IT Channel honouree Grace Martins took the traditional route to success. She started at the bottom.

The vice president and GM of Toronto-based CDN Top 100 Solution Provider QRX Technology did not at all think of pursuing a career in the IT channel. Martins called her start an accident.

“Back in 1987 I was just looking for a full-time position somewhere and I applied for the receptionist job. That’s how I started,” she said.

Martins quickly realized that sales would be a way to grow with the company. Today, the University of Toronto alum works tirelessly as a delegate to the International Women’s Leadership Association and is involved with the Special Needs Adult Program Services Organization (SNAPSO).  SNAPSO provides special needs individuals with opportunities to be active and visible in their community – something that Martins feels passionately about. 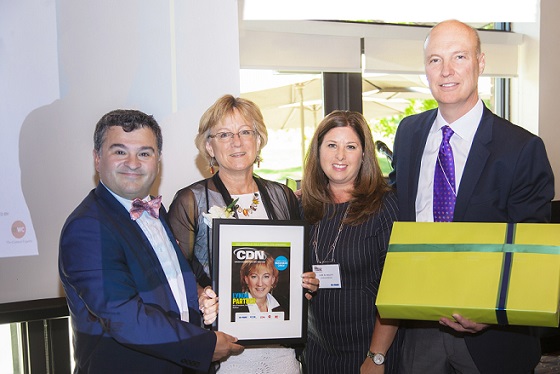 CDN 2016 Women of the IT Channel honouree Lynda Partner unlike most woman in the IT channel wanted and pursued a career in the high tech industry.

The CMO of Ottawa-based CDN Top 100 Solution Provider Pythian saw an ad for a sales analyst at Gandalf Technologies. Gandalf was an early data communications vendor, best known for their modems and dumb terminals. The ad wanted an individual with an MBA and five years of experience. Something Partner lacked. She applied anyways and to her surprise got an interview.

Over the course of her illustrious career, Partner has held senior leadership roles and board positions at Cirrus Systems Canada, Redline Communications, Empowered Networks, ChipWorks, GOT Corp. She became a CEO in 1997 for Caravelle.

Today at Pythian, Partner works in an environment that has a desire to achieve true diversity. And, it’s not just about women. She said it’s about people in other countries and other nationalities. “We support all types of identification.” 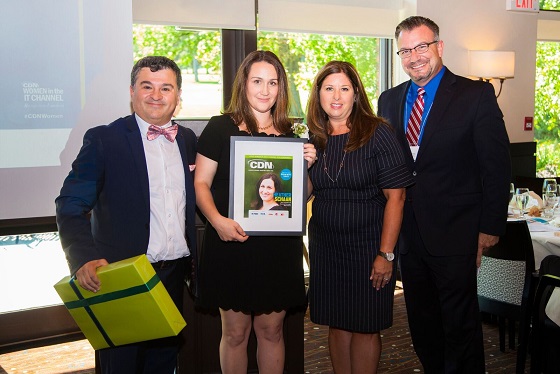 CDN 2016 Women of the IT Channel honouree Heather Schaan chose to be part of the IT channel from the get-go.

The Vice President & General Manager for CDN Top 100 solution provider Microserve of Vancouver had every intention of making IT a full-time pursuit.

Since joining Microserve in 2003, Schaan has worked across many areas of the business including sales, service management, proposal management, IT Staffing and recruitment. She is passionate in her belief that businesses have a responsibility to make a positive contribution to society, the environment, family, and access to education. 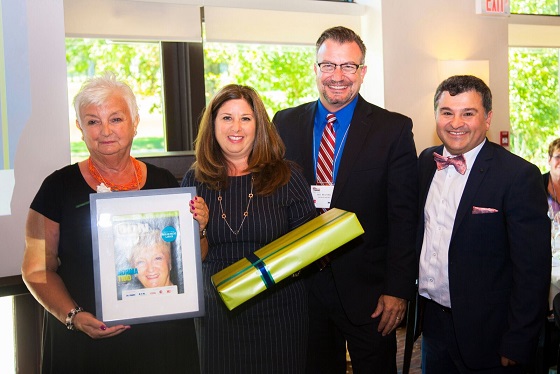 CDN 2016 Women of the IT Channel honouree Norma Tidd’s career in the IT channel parallels the launch of the IBM PC. The IBM model number 5150 was released back in August 1981. Tidd has had a firsthand view of the birth of an industry. So to say that Tidd’s honour was long overdue is an understatement.

Tidd did not start out aiming to become an IT pioneer. At the time of the IBM PC launch, Tidd worked as an accountant at Imperial Tobacco. She got involved in the IT industry in Canada all by accident. She became a Principal of ASAP Computer Products Ltd.

Then in 1982, ASAP Computers was one of the first IBM PC resellers in Canada. She started with just two credit cards and in two years was doing more than $25 million in sales.

Tidd later ran Zenith Canada, but made a big comeback when she joined her son, Stuart, who founded PC Parts, a firm specializing in printer toner, parts and services. Tidd retired in 2014. 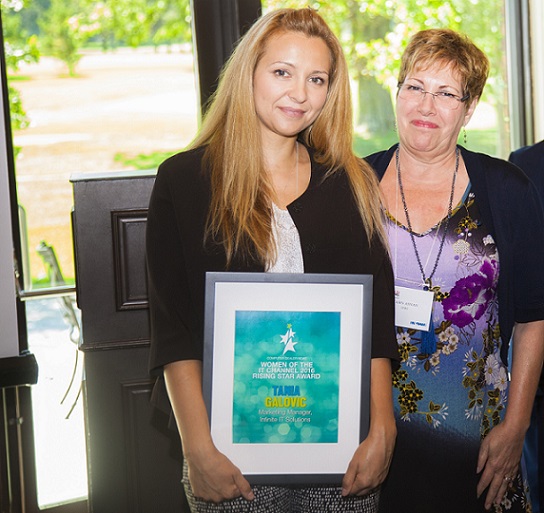 The 2016 winner of the Rising Star award

Each year CDN recognizes a young professional who has proven to be an asset to her organization. CDN received some outstanding nominations 2016 – but this young lady’s drive and passion for growing her company’s channel really stood out for our judges from the Canadian Channel Chiefs Council (C4).

This year’s winner Tania Galovic of CDN Top 100 Solution Provider Infinite IT Solutions, pictured here receiving her award from C4 Chair Fawn Annan, became a manager within her first year with the company and was integral in optimizing the brand and customer experience. Since then, she has helped improve its brand significantly by successfully launching a new Web site within months of coming on-board, re-doing all of the marketing sheets for the sales team, and executed her first “Customer Appreciation” golf tournament.

Her colleagues know she is passionate, hard-working and carries a radiant smile with her everyday even after making the long trek into work. She is passionate about her job and is a dedicated wife and mother to two girls. 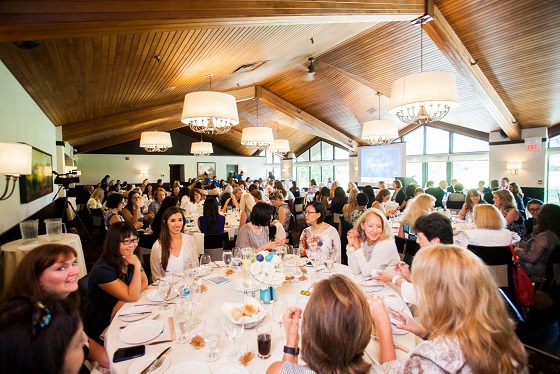 Raising awareness for women in the IT channel

More than 130 guests attended the show to try to raise more awareness for women to join the IT sector in Canada. The country is currently facing one million ICT worker shortfall by 2020 as well as the 3:1 ratio of men to women in the sector. Together, this group works towards increasing that percentage of women in IT.