And practically all of them were on hand for the Canada Party at the Mayan Club in downtown Los Angeles hosted by rap artist Maestro Fresh Wes and featuring the hit band the Arkells. 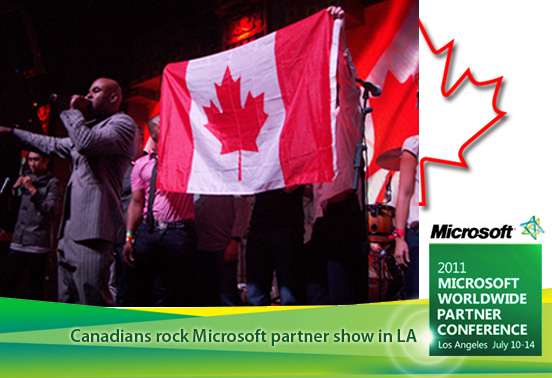 The channel comes to Microsoft

A capacity crowd of 15,000 Microsoft executives and solution providers gathered at the Microsoft Worldwide Partner Conference at the Staples Center, home to the Lakers and Kings. About 480 partners from Canada were in attendance at the show, the most ever. 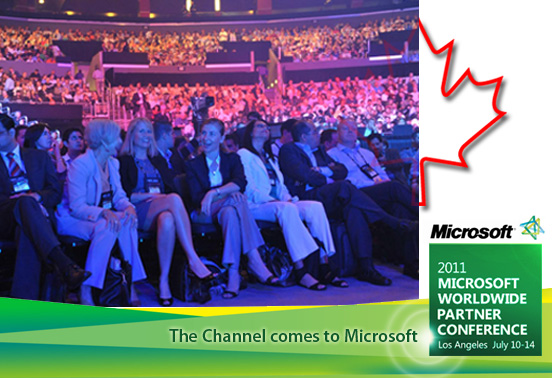 Steve Ballmer is the star of the show

Microsoft CEO Steve Ballmer is the star of the event as he speaks with attendees during the host city executive reception at the Los Angeles Convention Center.

Click here to read the story about Ballmer’s announcements at the show. 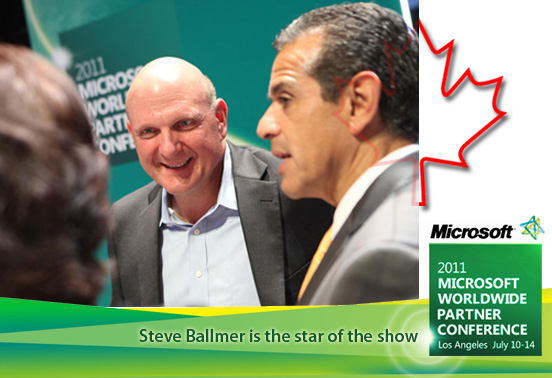 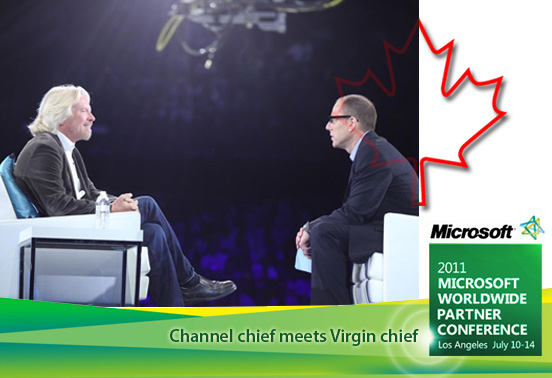 First look at the Microsoft store

There are only 11 Microsoft stores in the world; none in Canada. But Microsoft wants to change that by adding another 75 locations. The hope is that Canada will be the first international store.

Watch this video to get a peek of what the store would look like. 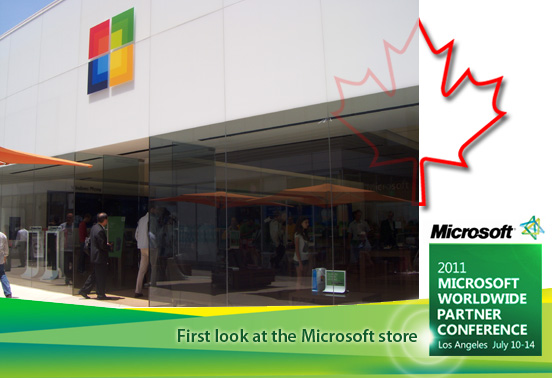 Canadians party at the Mayan in L.A.

If you want to know how Microsoft is making the transition from Windows 7 to 8 smoother click here. 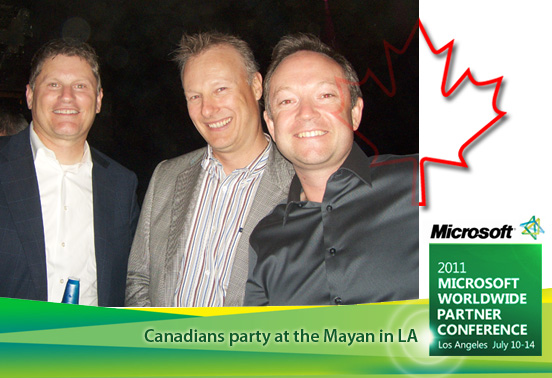 The Microsoft party shows off what a close knit community the channel is in Canada. Pictured here are Mary Ann Yule of CDW Canada and Marty Blake of Bell-Xwave.

Microsoft released a lot of incentives for partners just like CDW and Xwave. To read more about those incentives click here. 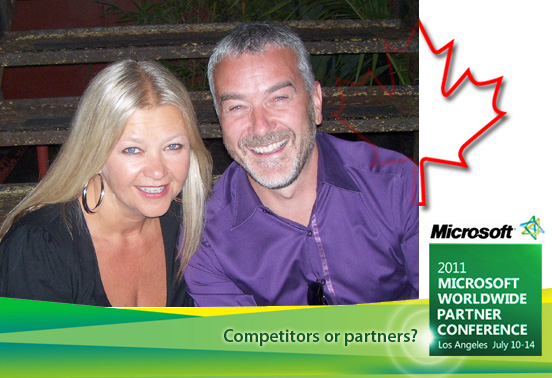 The president and his partners

Eric Gales, president of Microsoft Canada, pictured here with solution provider Derek Sardo of Hamilton, Ont.-based Rolling Thunder, was all aglow after learning that the Worldwide Partner Conference would be heading to Toronto next year.

Click here to read more about the Worldwide Partner Conference coming to Toronto for 2012. 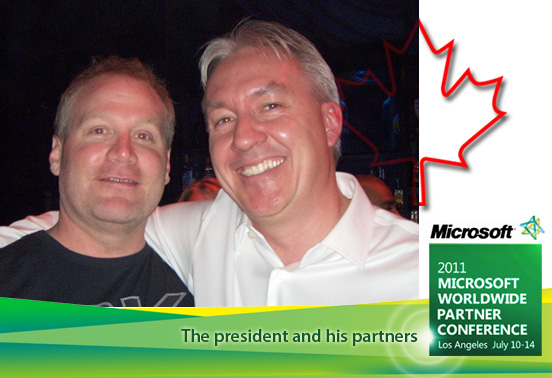 Max Kerman, the lead singer of the band Arkells, rocked the house at the Mayan Club. 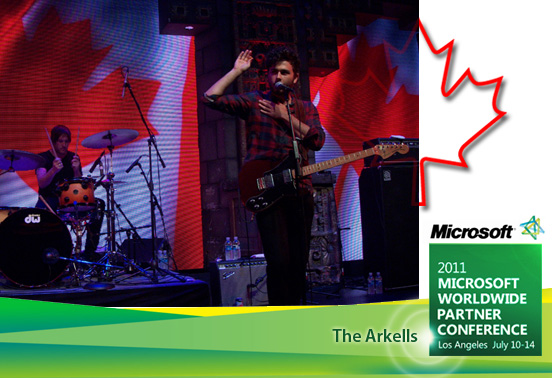 The tablet view of things

One Canadian solution provider watched and recorded the Arkells with his tablet device. 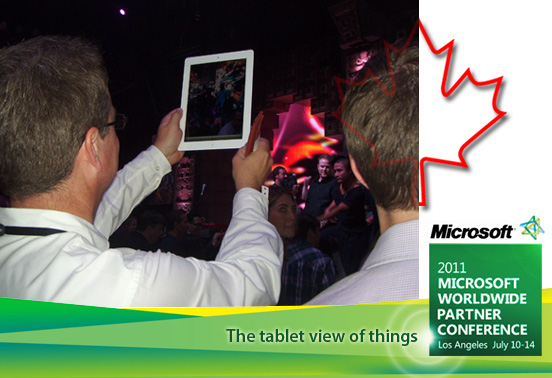 These kids can dance

Hip-hop dancers Quest Crew wildly entertain the Canadian solution providers at the Mayan with head slides and many other crazy dance moves. Quest Crew won “America’s Best Dance Crew” last year and were featured in the reality TV show “So You Think You Can Dance.” 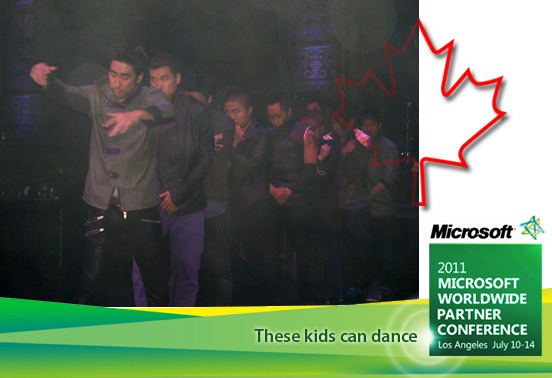 WPC is coming to Canada

There were plenty of announcements at this year’s event, but overshadowing all of it was the news that Microsoft’s Worldwide Partner Conference is coming to Toronto next year, where the company expects to break Canadian and worldwide attendance records. 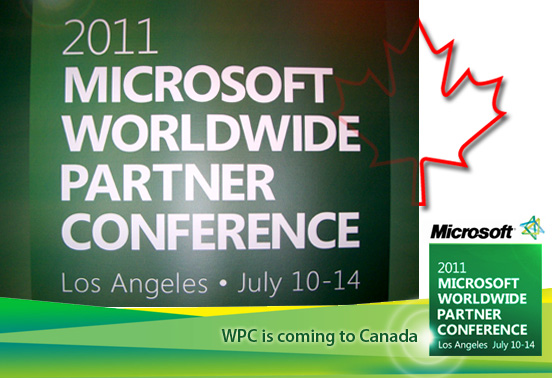