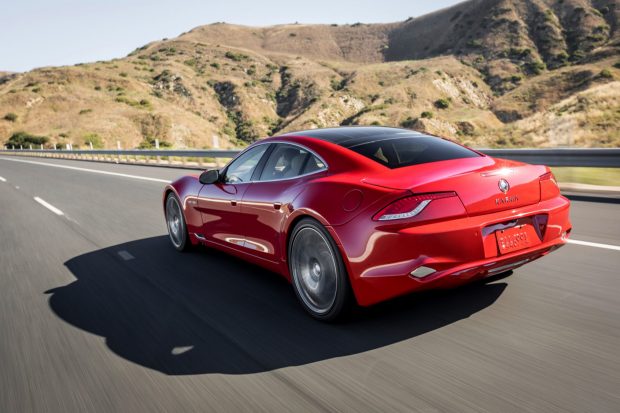 The Waterloo, On.-based company yesterday announced the QNX platform for digital cockpits at CES 2019, meaning automakers can offer a reliable and secure QNX-based digital instrument and infotainment system that provides access to the latest Android-based applications such as Google Maps and Google Play from a single engine control unit (ECU). The technology was installed in a 2019 Karma Revero concept car in BlackBerry’s booth, and according to Grant Courville, vice-president of product management and strategy for BlackBerry QNX, there’s a trend in the automotive market today to consolidate ECUs as the number of electronic and software components increase.

“What we’ve done in this vehicle is in support of this trend…but with a huge focus on security and safety,” he told CDN.

BlackBerry’s ISO 26262 safety-certified hypervisor ensures the multiple operating systems powering all driver information systems do not interfere with one another, which is critical because if an app crashes, is compromised or needs to be updated, it won’t impact driving functions.

“We found with automakers is that a lot of them wanted access to Android applications because consumers were asking for them. They actually wanted to run Android apps in the car, not just from their phone. That’s a challenge, because Android has a lot of attack vectors and surfaces, and because of the number of software updates that it has,” explained Courville. “We’ve implemented a secure hardware extraction layer where we control all hardware in the vehicle. Basically, Android has to go through QNX to get to hardware, and if anything or anyone with an Android is trying to access something they’re not supposed to, we can stop it.”

In addition, BlackBerry QNX has also integrated IBM Watson into the digital cockpit so it can communicate with the driver through speech.

“IBM was keen on entering the automotive industry in a bigger way, so they decided to partner with us,” said Courville.

BlackBerry’s QNX Platform for digital cockpits appears to be an example of its latest sales strategy. A Jan. 8 press release said BlackBerry is focused on developing and selling vertical solutions “that bundle complementary products.”

“We believe being able to provide this level of security will be a key differentiator for automakers as consumers begin to weigh security and data privacy when purchasing a vehicle,” said John Wall, senior vice president and GM of BlackBerry QNX.