Customers declared the winner in the Office 365 conflict

Orlando, Fla. – In the last four years Office 365 has been a noted driver for small business cloud adoption, according to IDC research analyst Darren Bibby.

Dennis Cerasoli, the vice president of SMS&P at Microsoft Canada revealed that Office 365 grew a whopping 65 per cent in Canada-alone last year.

This is a far cry from when Office 365 was introduced to the market. Back then the channel was unconvinced that Office in its new form would provide the necessary margins for solution providers to make it a successful business practice.

So what has changed in four years? 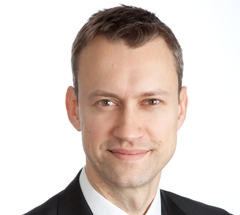 Bibby believes it’s a new world today compared to 2012 and the customer has clearly won here.

“It’s a great piece of technology for a few dollars a month. Smart partners have to take a deliberate route here and either play the volume game or some migrations. Smart partners got beyond the install and started turning on email, One Drive and now Delve. The big one is SharePoint. Partners can do deep dives with that,” Bibby said.

When Office 365 launched in Canada there are a few obstacles Brommet admitted for the channel such as the hangover of BPOS. Brommet described that period as rough and that it wasn’t a great experience.

“Anytime the market moves there is apprehension. There are early adopters and then there are the laggards. But still at that time there was market momentum and demand for Office 365. Not everyone jumped in. Those that did are very successful cloud-based partners,” he said.

Who buys IT through the channel? Practically everyone 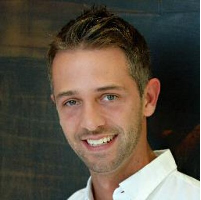 Brommet agreed with Bibby that the market has moved in four years. No longer are customers accepting longer sales cycles. The economics have also changed and cloud products are priced low so that everyone can dabble in them.

The cloud has changed the economics of small business said Thomas Hansen, the SMB global lead for Microsoft.

Hansen, who has travelled to 20 countries with significant small business communities this year, believes that small businesses no longer should be categorized as such. Instead they should be described as global micro enterprises. In Canada, for example, the country is made of thousands of smaller businesses that have embraced cloud and are strong job creators with revenue growth and profitability. This group of cloud enabled companies are contributing greatly to the Gross Domestic Product of Canada.

“We are seeing volume and velocity in commercial,” Brommet said. “On top of that the partner business models have become sort of a layer cake with the Office 365 sku as the base layer and third party IP like a Nintex, specific niche solutions as additional layers providing added revenue streams. The final layer can be managed services.”

Bibby added that it was never a situation of Microsoft doing something the channel did not like, but more of the customers moving in a changed world. Microsoft just followed the customers.

“All will have different stories with Office 365 in either a volume play or by going deeper with customers. If you think you can do what you have been doing what will happen is you are going to have to sell your solution provider business for cheap or try to catch up,” Bibby said. 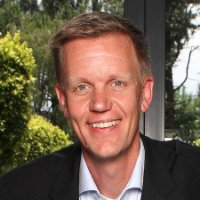 Hansen confirmed for CDN that it did start with the customer. “Customers voted with their wallets and their feet.”

He said that Microsoft looked at the customer and asked questions such as what’s the value proposition for cloud services.

“If you are an SMB, Office 365 has been nothing short of transformational and has provided democratized access to IT. Think about it this way. Five to 10 years ago it was prohibitive to invest in modern technology and be always up-to-date. It was time, effort and spend that SMBs did not have. SMBs did not have the IT staff let alone the insight to understand it all. Now with the cloud scenario, even small business can have the same technology set up as Fortune 500 companies with hyper scale, enterprise class and security enabling them to do communications and collaboration with customers, partners, suppliers and staff,” Hanson said.

Next year Microsoft plans on releasing the next generation of Office 365 with an approach towards teams, networks and people centric security. This will be augmented by Office 364 E5 suite, which grew 700 plus per cent since introduction. The E5 will include Skype for Business, Cloud PBX, Power BI Pro, and Delve. Microsoft will position E5 as a premium suite and believes it can become an upselling opportunity for channel partners to address current accounts who want advanced security. Microsoft will work to build new practice guides and IP around the E5 suite. It has been estimated that E5 could be a $56 billion market opportunity that has the potential to provide increased margins for the channel.

According to figures from Hansen, less than 10 per cent of companies in the world have gone to the cloud, which gives the channel partner a “tremendous” opportunity to modernized tens of millions of companies.