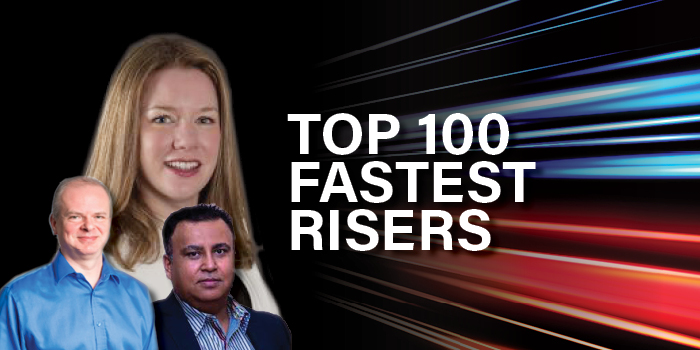 With a combined estimated revenue of between $86.5-$105 million, the four fastest risers on the CDN Top 100 Solution Providers exemplify what it takes to grow as a business in the IT services industry.

We spoke with an executive at each of these companies about some of the factors that may have influenced the rise in the rankings over the past year.

Although each of them had a unique story, a few recurring trends did emerge – good and bad. In fact, of the four executives that were interviewed, three of them said the biggest challenge they faced as a company was the ability to manage growth while finding adequate talent to support it. One of the other trends that emerged was a move away from hardware and towards a much more software-focused approach.

Mark Avila said the expansion of its sales team helped SolutionStack last year make between $10 million and $15 million, but finding the talent for that expansion wasn’t easy. “I think one of the challenges that is out there is just finding a really solid talent network,” he said. “The people that we have found are one in a million. The obstacle is finding that needle in the haystack.”

PureLogic IT Solutions, which brought in revenue in the range of $35 -$40 million in 2018, shifted focus to its security portfolio by developing unique security offerings, according to Coreen Bouchard. “That includes a lot of professional services, some unique software, and then some unique hardware associated to that,” she said. This also meant it needed to grow its team by adding dedicated account managers, which Bouchard said has led to a greater sense of trust and loyalty from its customers.

“Working with excellent people and building that trust over several years, and having technical capabilities behind the scene, is really what has fueled a lot of our growth,” she said. But once again, finding talent was not an easy task. Bouchard said the biggest challenge was finding “qualified people that are technical” and sales staff that can also provide back office support.

A Microsoft partner since its founding, most of the services Softlanding Solutions provides are aligned with Microsoft technologies, and more specifically, its cloud portfolio. And the recent move towards cloud has helped Softlanding Solutions really take off, said Shaun Roberts, leading to a 2018 revenue in the range of $6.5 – $10 million.

“Adoption of cloud and the wave of cloud migration has really been taking off. And that’s certainly a big part of increasing activity over the last year,” he Roberts. “We have an offering we refer to as managed transformation. So helping organizations approach a digital transformation journey and guiding them on that process. And often that includes migration to the cloud and modernizing how they manage their infrastructure and applications.”

The company’s growth, Roberts said, has led to a “tug of war” to acquire the talent. “We invest a lot in our office. We invest a lot in training our people and making sure we have a good work environment. But certainly, we would love to be hiring faster,” he said. “But it’s a bit of a tug of war out there. It’s quite a big issue out there right now in today’s climate.”

As a company that focuses almost exclusively on security services, Rajiv Jolly said their biggest challenge, and simultaneously the source of their strongest differentiation, has been addressing the knowledge gap among customers about the importance of cyber security. “People still take security in Canada very, very lightly,” said Jolly. “They’re not understanding how badly it can hurt them and how it can bring their businesses down.”

But he said being proactive by hosting webinars and other educational events has created a sense of trust with customers, who are then much more willing to let SourcetekIt to do what they feel is necessary to protect that client. “They are willing to listen to it more and are saying ‘Are we vulnerable?’,” said Jolly. “We are best in providing that kind of identification of what their security is and what it should look like.”

Buckley Smithhttps://www.itbusiness.ca
Staff writer for IT World Canada. Covering the world of technology as it applies to business. Buckley is an avid sports fan who loves travel, food, and music. Can be contacted at [email protected] or 416-290-2000.
Previous article
Newcomers to the CDN Top 100 list: Crafting integrated, client-focused solutions
Next article
Herjavec, Zones and other top Canadian product providers boost sales with advisory services