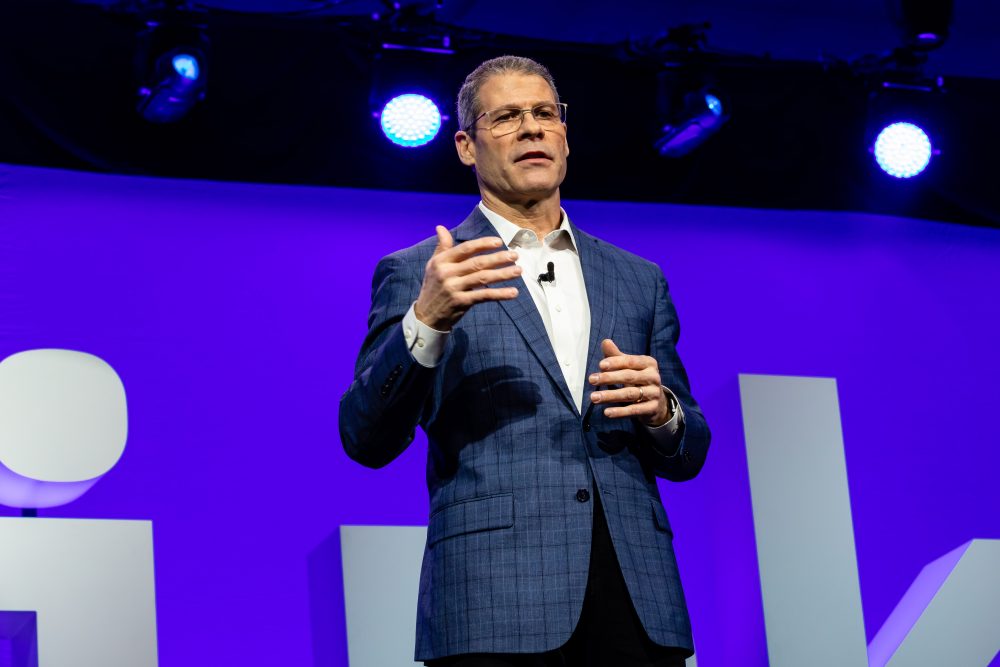 IBM Corp. no longer wants to be known as the vendor that’s hard to do business with, which is why Big Blue unveiled a slew of new partner program initiatives this week at its PartnerWorld event prior to the IBM Think conference in San Francisco.

The aggressive changes have finally put the vendor on the right path, according to John Teltsch, general manager of IBM Partner Ecosystem, and the company is less focused on partner types, and much more interested in the value a partner brings to the table.

“The changes we made last year from a incentive, tools and capability perspective has been a long journey,” said Teltsch, who took over IBM’s channel chief position June 2017. “We have a 37-year-old channel that started in hardware…and it’s gone from a volume perspective to a value perspective. And our focus now is driving more value around skills, capabilities and competencies.”

Teltsch has held multiple sales leadership roles across IBM divisions during his 36-year career with the company, but it was only after he took over channel that he said he realized the extent of the complications surrounding IBM’s partner program, and the absence of a strategy for recruiting a new generation of partners.

“We are sometimes hard to do business with…and we needed to know that.”

The wheels were set in motion in 2018, but Teltsch said he’s confident 2019 is the year when the rubber meets the road. To back up this claim, he announced the availability Seismic@IBM, a new solution that includes sales kits, sales plays, presentations, use cases and other assets from across the IBM portfolio in one place. It’s an amalgamation of the vendor’s internal sales enablement solutions for its wide-ranging portfolio, explained Teltsch, adding IBM is giving partners access to 90,000 Seismic licenses.

“Whatever we do for IBMers, we want to do for our channel,” he said, noting IBM is also fully aware that the channel will be responsible for growing its footprint, not “100,000 [new] IBMers.”

This week Big Blue also unveiled four new ways for partners to engage with the company, a direct response to a recurring concern from partners around communication. IBM Business Partner Connect is a Watson AI-powered platform designed to help partners connect with its global ecosystem. IBM introduced Software Deal Registration to give partners priority access to special bid pricing, which will reduce conflicts between partners when new leads are found.

Trishala Pillai, partner specialist in AI and analytics for Myplanet Internet Solutions, a professional services company based in Toronto, applauded the latest announcements while recalling past frustrations with Big Blue.

“It was hard to find out who to connect with and where to answers about a product or anything else. It was an absolute nightmare,” Pillai told CDN, but was quick to note that IBM has shown improvements that can be traced back to last year. “A lot has changed in the past six months.”

She said she’s noticed Big Blue’s aggressive pursuit of partners born outside of the traditional legacy ecosystem – such as Myplanet – that have built a business around data analytics and AI. Myplanet works closely with other tech giants like Google and AWS, but it hosts several applications on the IBM Cloud and frequently incorporates Watson AI into customers’ solutions. More recently, Myplanet has been working on projects involving voice, an increasingly popular method of interacting with applications, she said, and another example of where Watson’s capabilities can shine. And with IBM aggressively targeting the 80 per cent of enterprises that haven’t moved to the cloud, a message frequently voiced by executives on stage, Pillai is very optimistic of Myplanet’s ongoing partnership with IBM.

“We are a services company, so we belong to a more niche group of partners,” she said. “But companies like IBM have a large footprint in the enterprises space and their brand reflects trust and credibility. It makes it easier for Myplanet and other smaller firms to do interesting things with their technology,” she said.

This also applies to IBM’s security portfolio. Several long-time IBM partners in the security space have been trying to go beyond simply selling security products, according to Lisa Canham, IBM Canada’s global business partner program director, making IBM’s new Managed Services Security Provider Program (MSSP) a potentially attractive option as they try and develop service-based offerings for their clients, who increasingly don’t want anything to do with security management.

“The program is new, so people will need time to understand how they can turn it into a business, but it’s just one more example of the breadth of IBM solutions and how things are coming together under the cloud banner,” said Canham. “It’ll open up a new set of partners, too, who might become interested in working with us.”

*Alex Coop is attending IBM PartnerWorld 2019 as a guest of IBM. IBM covered hotel and travel expenses. IBM does not review this content before publication.