SAN FRANCISCO — Intel Corp. doubled down on its data-centric strategy message on Tuesday, unveiling seven new products that it says will help it pursue a $300 billion market opportunity.

The flagship product is the second-generation Xeon Scalable processor, which is tailored for deep learning applications and can be customized to tackle different workloads. But, as the vendor made clear during its keynotes at its “data-centric” event, “Intel inside” now refers to much more than just a CPU. Intel also announced new memory, storage, networking, security, and field programmable gate arrays (FPGAs).

“Today’s announcements reflect the transformation we’ve embarked on to unleash the power of data,” said Intel CEO Bob Swan. “We’ll be working with our industry partners on customer engagement.”

Along with its new line of data-centric products, Intel wants to help its resellers relieve their customers of the guesswork of putting together the right infrastructure solution, says Phil Vokins, channels manager at Intel Canada. To aid in that, Intel Select Solutions offer packages of partner-made hardware designed to service specific workloads. 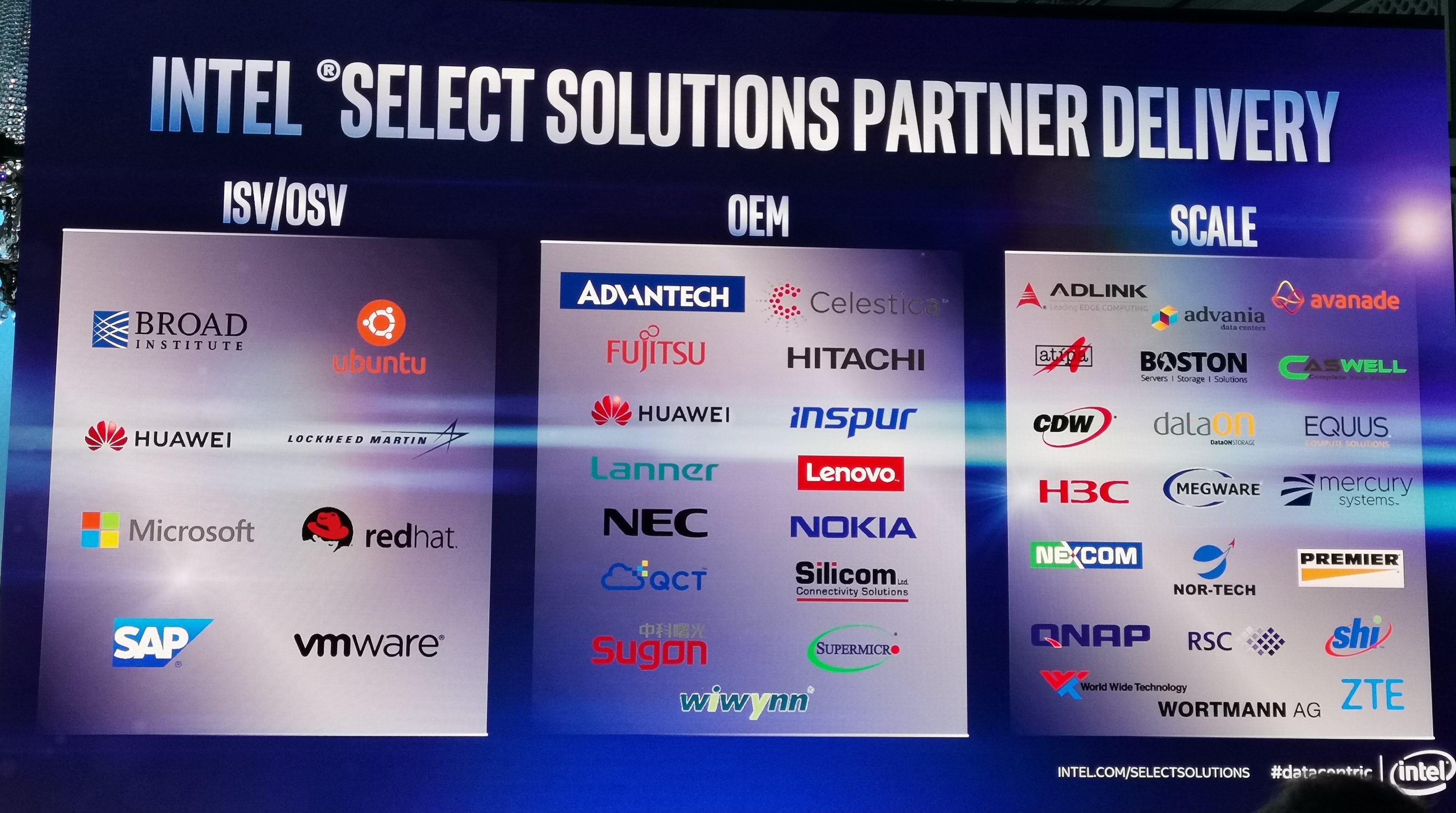 “One of the difficulties our channel partners in Canada have is helping articulate all the messaging. When it gets to the customer level, it can be quite complex to handle this type of infrastructure,” he said in an interview. “We’re taking some of the risk out of building this and making sure they can do it with confidence and it’s going to work in the way that it’s meant to work with these reference architectures.”

For resellers interested in specifically delivering one of the products Intel announced today – some of which are generally available now, others of which will be coming later this year – Vokins says it’s business as usual. Work with an OEM partner, such as Dell Technologies or Lenovo. Or buy the components from authorized distribution channels and build a custom solution – a route that Vokins says is rare in Canada.

Out of the products announced that are most likely to directly affect resellers, Vokins points to the octane solid state drive (SSD). Intel announced the Optane SSD DC D4800X (Dual Port) on Tuesday, targeting enterprise infrastructure running mission-critical, high-availability applications. On stage, Intel customer Twitter demonstrated how the new storage option helped it solve a bottle-necking problem in running its Hadoop clusters. Intel said the availability of the product “will be disclosed at a later date.”

But available now is the Optane memory product, Optane DC persistent memory, designed to be used alongside Xeon Scalable CPUs.

Interested in learning more about this project? @dajobe and I authored a paper with @intel. Check it out! https://t.co/Hd0ObaqgfR

“The memory density and memory capacity that we have now has huge cost implications for anybody trying to do something with SAP HANA, for example,” Vokins says. “Typically, large-scale, in-memory analytics would have been only in the domain of a very large enterprise… but now because of the densities got a lot better, we should be relevant to the Canadian customers and also be relevant to our Canadian reseller partners.”

Asked about any specific incentives for resellers around the new products, Vokins didn’t provide details as the programs haven’t been made public. But partners should stay in touch with their Intel reps to keep updated.

“It’s standard industry practice to do more incentives, or bigger incentives on the products that are the latest and greatest,” he said. “So there are a bunch of programs coming out around these technologies… and we’d encourage our partners to take more advantage of that.” 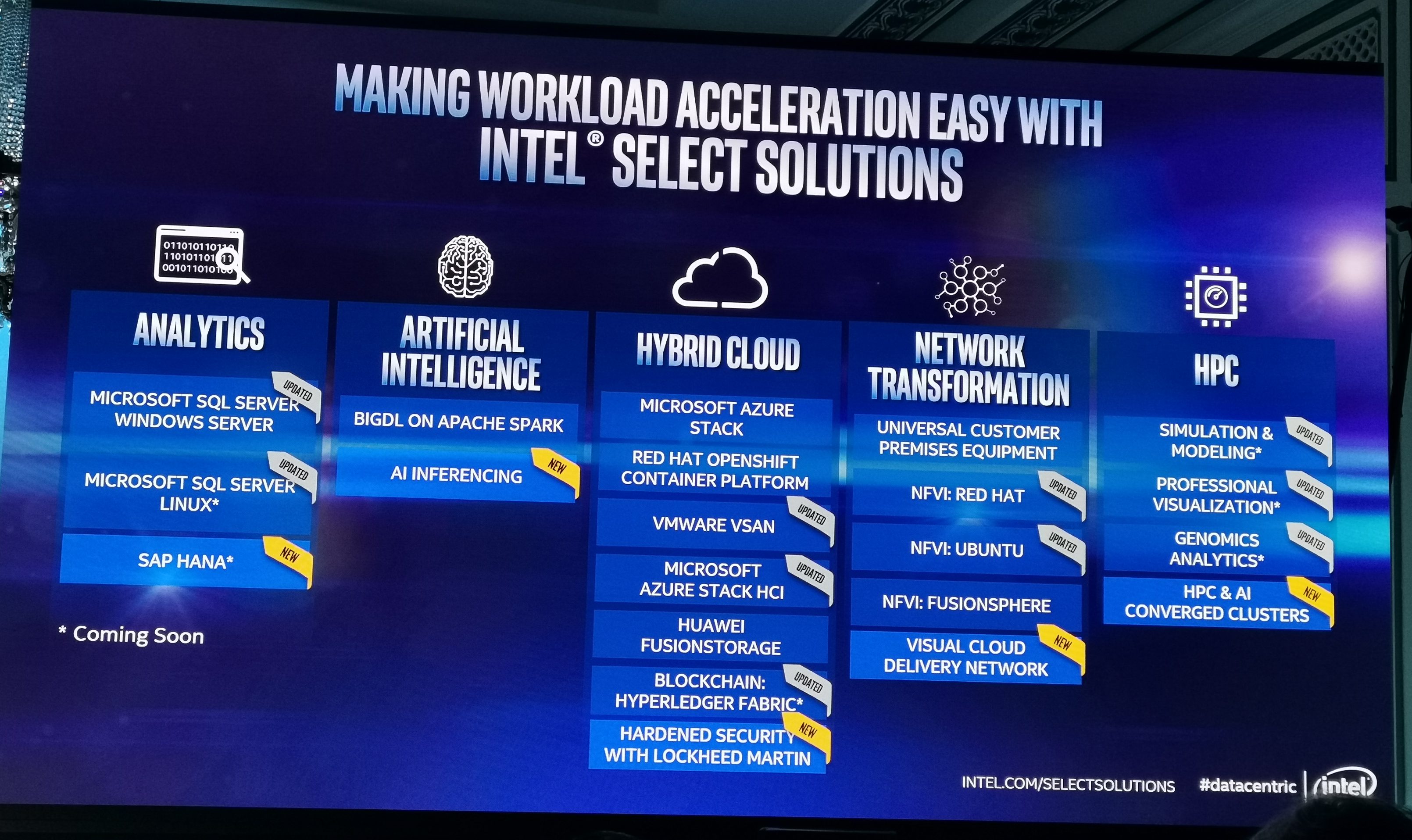 Intel paid for Brian Jackson’s travel and accommodations to attend its Data-centric event. This article was not reviewed by Intel before publication.

Brian Jacksonhttp://www.itbusiness.ca
Editorial director of IT World Canada. Covering technology as it applies to business users. Multiple COPA award winner and now judge. Paddles a canoe as much as possible.
Previous article
Intel’s new Xeon processors are made to deliver AI at the edge
Next article
VMware announces new partner program