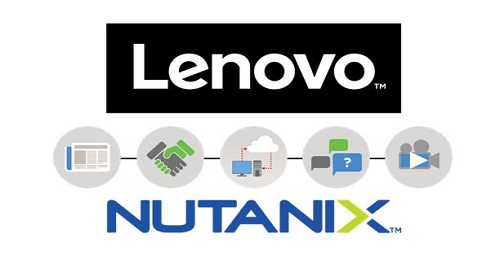 LAS VEGAS – As Lenovo came close to fully integrating the IBM x86 business into the fold, the vendor’s leadership became looking to invest in a new IT opportunity. And, their path led them straight to Nutanix.

The two vendors are combining Nutanix’s Enterprise Cloud Platform on Lenovo hardware creating a turnkey offering for provisioning private cloud data centres take can connect to the public cloud. The joint offering is being targeted at small business all the way up to large enterprises or to those customers looking to support new apps and services in a pay-as-you-go model.

Radhika Krishnan, the general manager of converged infrastructure and networking BU at Lenovo, told CDN at the .Next Conference the company found the Nutanix strategy of aligned with Lenovo’s own cloud aspirations.

When Lenovo analyzed the marketplace they saw delivering cloud on-premise could produce cost certainty and flexibility for customers, while also providing a bridge to those customers who are on-premise today but want to go to the cloud in the near future, she added.

The Nutanix Enterprise Cloud Platform now enables data centres the ability to replicate the same level of automation as a public cloud such as Amazon Web Services.

“We believe partnering with Nutanix gives us a jump-start. It was a logical next move to partner with them,” Krishnan said.

Related Stories
Nutanix makes its play for the enterprise cloud
Nutanix outlines its 40 from 4,000 channel approach

Nutanix channel chief Chris Morgan said both the Lenovo and Dell OEM partnerships are good growth areas for the two vendors and for customers who are looking to consume in a pay-as-you-go model.

“You can use MSPs with Dell and Lenovo. This makes sense financially for customers and it’s a cool way for us to position ourselves in a package. I think this will change customer’s attitudes towards hyper-converged and Webscale,” he said.

Supporting this partnership is Lenovo’s expansion of its HX Series line for hyper-converged. The company has pegged the data centre market as an $87 billion market opportunity.

The Lenovo HX Series hyper-converged appliances will be based on Nutanix software. New to the line are:

All these machines will be available through channel partners, Krishnan said.

“The strategy for the channel is help them build differentiated practices. This offering is innovative and will solve a lot of customer pain points in networking and manageability,” she said.