CDN 2016 Women of the IT Channel honouree Lynda Partner unlike most woman in the IT channel wanted and pursued a career in the high tech industry.

The CMO of Ottawa-based CDN Top 100 Solution Provider Pythian saw an ad for a sales analyst at Gandalf Technologies. Gandalf was an early data communications vendor, best known for their modems and dumb terminals. The ad wanted an individual with an MBA and five years of experience. Something Partner lacked. She applied anyways and to her surprise got an interview.

“It was a classic interview. I’m a kid out of school and I meet a VP who hands me an ashtray and says if you can sell me this you got the job,” she told CDN. 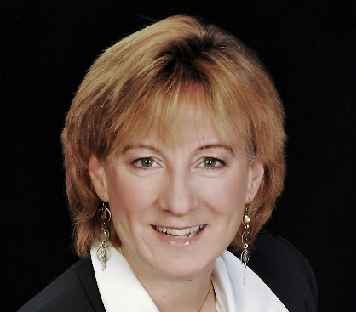 But in a sign of what’s to come, Partner was able to experience an early version of the Internet at Gandalf back in 1985.

And, 1985 was also a pivotal time in the industry’s growth as the PC was making its way in the marketplace essential creating what is today “the channel”. She describes that experience as one of the best in her career.

Partner did not really notice the lack of female co-workers at the time. She was the first female sales person at Gandalf and on her first day, while sitting at her desk admiring a word processing machine someone walked over to her and presented her with a hand-written sales proposal. He asked her if she could type it up for him.

“I looked at him with a smile and held up one finger (index finger) and said ‘one finger pecking might be slow so it’s going to take a while.”

For Partner the industry made her extremely busy to even realize that there was a gap between men and women. Later on in her career – when she had time to reflect – she wondered about how things could change.

Now she makes a conscious effort to bring more awareness for women in IT and the channel.

“I’ve had a great career and I’ve had some super jobs and only when I became the CEO of a company did I realize there wasn’t any other woman CEOs. IT is a men’s club and women did not have an entry into it. I found it lonely and I realized that if we did not get to the point of true diversity the whole industry would suffer,” Partner said.

She credits two executives with helping her career growth. Desmond Cunningham, the founder of Gandalf and Bob Ferchat at Nortel and Bell Mobility.

It was Ferchat who came into Partner’s office one day and said the company needed to get her to VP level in less than a year.

“To me we only succeed by helping each other and with women you have to be conscious of that. When we get to true equality and have every opportunity to help women then maybe someday it will not be necessary to do all this. It will then be more about helping everyone but we are not at the point yet of true balance,” she added.

At Pythian Partner works in an environment that has a desire to achieve true diversity. And, it’s not just about women. She said it’s about people in other countries and other nationalities. “We support all types of identification. We are an uber technology company and we are really into data science. There is always a concern about a subconscious bias in hiring and we are not yet at 50 per cent balance. However, when we run our candidates on tests, for example, we eliminate the names. Those people who look at the test do not know if they are female or male,” she added.