High profile Canadian executive Nick Tidd has left Condusiv Technologies; formerly known as Diskeeper. Tidd held the position of vice president of global sales for Condusiv based in Burbank, Calif. Condusiv’s flagship software is a defragmentation solution. The company has recently expanded its portfolio into technology for virtual machines. It also developed a file-system driver for Windows called IntelliWrite. 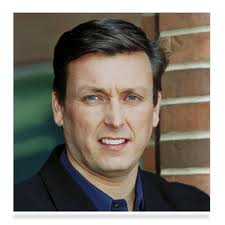 Tidd, who was absent at this year’s Canadian Computer Charity Golf Classic in Toronto for the first time, was hired by then CEO Jerry Baldwin. Baldwin left Condusiv in 2014. Tidd was hired to help Condusiv capitalize on global channel partner networks and consumer customer go-to-market goals.

The company currently takes in a bulk of its revenue from OEM agreements with SanDisk, Samsung and LG Electronics.

Tidd told CDN that his plan at Condusiv was, originally, to expand his background in enterprise software for about two years. All goals were met and Tidd decided to stay for a third year.

Tidd wants to continue to contribute to the software market and is actively looking for his next challenge.

“I have started looking now for a new role, you can only play so much golf. I really want to back in the channel with a preference for global role on the software side,” he said.

Tidd arrived at Condusiv from D-Link, where he was the President of the company. Prior to D-Link, Tidd held senior leadership roles at US Robotics and was the worldwide channel chief at 3Com.

Tidd has been recognized and been awarded many accolades by the IT industry and channel community in Canada and the U.S. several times include being named a CDN Top Newsmaker. Tidd was also named one of CDN’s 20 Builders and Visionarys in the Canadian channel.

Tidd’s departure comes as Condusiv releases Diskeeper 15 Windows 10. The company announced that Diskeeper 15 Home and Professional editions have been tested on the Windows 10 RTM release and are meant to address the exact same fragmentation issues on disk performance in previous iterations of Windows.