CDN 2016 Women of the IT Channel honouree Norma Tidd’s career in the IT channel parallels the launch of the IBM PC. The IBM model number 5150 was released back in August 1981. The IBM PC essentially created the channel as we know it today and Tidd had a firsthand view of the birth of an industry. So to say that Tidd’s honour was long overdue is an understatement.

Tidd got involved in the IT industry in Canada when she became a Principal of ASAP Computer Products Ltd. She did not start out aiming to become an IT pioneer. At the time of the IBM PC launch, Tidd worked as an accountant at Imperial Tobacco. “It was all by accident. There was a guy in California who started ASAP and my husband visited him and he said why don’t you start ASAP in Canada and I will mention you in PC Magazine,” Tidd said.

Then in 1982, ASAP Computers was one of the first IBM PC resellers in Canada with retail stores in Toronto, Montreal, Halifax, Calgary, Edmonton, Ottawa and Hamilton, Ont. 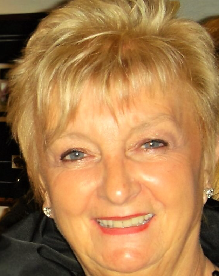 Just like Tidd, ASAP became a pioneer in the technology industry and a leader in offering comprehensive client training programs conducted by on staff instructors and classrooms complete with the latest technology.

One of Norma’s fondest memories was her first big sale to Ontario Hydro. Knowing little to nothing about computers, she would read the IBM PC specs and manuals and often quoted the details on the packaging. Tidd started ASAP in Canada with two credit cards and in year two did sales of more than $25 million. She too realized that women can sell technology and hired five females for her inside sales team.

“It was a great time to be in the PC business. It was really the best of times.”

Tidd was the recipient of many rewards and went on every President Club trip she was invited to. She recalls winning the IBM award for selling the most computers to the smallest town in Canada – but was never informed which town it was.

After ASAP dissolved Frank Clegg the president of Microsoft Canada wanted to hire her. Intrigued by the opportunity she arrived at Microsoft where Clegg introduced Tidd to the HR director. She proceeded to tell Tidd that this was a big job and she needed to work seven-days a week.

Tidd recalled her saying that “it’s a way of life.” “So I said No! Keep your job. No one needs to do that. People need to find happiness in the work they have. My advice to pay it forward is not everyone is made out to be the boss.”

Tidd’s advice to young woman starting out in their careers: “Relax and enjoy life.”

Being a woman in the computer industry back them was great, she added. “We were a novelty. There was myself and Elaine Milrad of ComputerLand. If she did not get the PO; I did. But it was easy because everyone bought the IBM PC back then,” she said.

In 1989, Tidd refocused and sold small computer store franchises for Intelligent Electronics. Repositioning herself yet again, she moved on to become the Sales Manager for Zenith Canada.  Eight years later, after Zenith was acquired by NEC, Tidd joined her son, Stuart, who founded PC Parts, a firm specializing in printer toner, parts and services.

Tidd officially retired from the industry in 2014, but keeps up-to-date with the industry through both Stuart and her eldest son, Nick, who works for a major tier-one technology vendor Polycom.

Tidd is a longstanding member of the Canadian Computer Charity Golf Classic Organizing Committee. To date, this yearly event has raised more than $5.8 million. Her life now centers around visiting children and grand-children, while patiently waiting for great grand-children, and playing golf regardless of fair or foul weather.