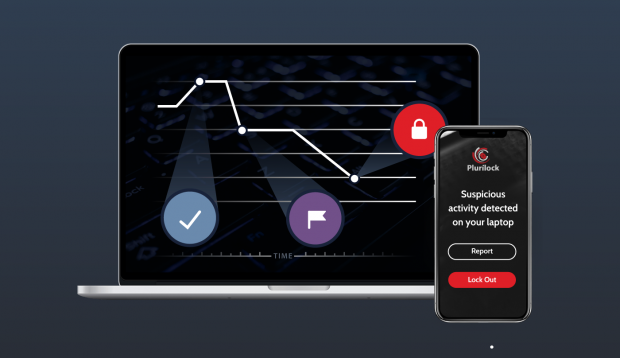 A Canadian cybersecurity firm’s AI solution that provides continuous user authentication by tracking keystrokes and mouse movements has caught the attention of the channel community, leading the company to launch its first global channel partner program.

Plurilock Security Solutions has had a lot of success with their one-on-one dealings with organizations in regulated industries such as government and defense, finance and healthcare, says Ian Paterson, the company’s CEO. Last summer – one year after starting the company – it even landed a partnership with the U.S. Department of Defense. But Plurilock quickly discovered its behavioural biometrics cybersecurity solution was turning heads among value-added resellers, managed services providers and systems integrators.

“The launch of this channel strategy is really in response to the inbound partner interest we saw,” Paterson told CDN. “It’s important to fit the right resources around those partners to make it successful.”

The market is filled with cybersecurity solutions, but Paterson says few go beyond the standard two-factor authentication commonly used today. Upon arriving at the office, most employees login into their machine, sign into their email accounts, and then sign off at the end of the day. Sometimes this process involves some strong encryption, but it’s absent of any continuous authentication, and Paterson says the multiple “snapshot” authentications throughout the day are simply not enough. Once these passwords are broken, little can be done to minimize the damage, and even the strongest of firewalls are helpless to intervene.

According to the Ponemon Institute’s International Cost of a Data Breach study, paid for by IBM, these breaches cost Canadian companies $6.11 million in 2017. That’s up 5.6 per cent from 2016. By comparison, the global average cost of a breach was $3.86 million USD.

Plurilock’s behavioural biometrics solution sits in the middle of a company’s traditional authentication processes and monitors keystrokes and mouse movements to ensure each and every person in front of a computer actually belongs there. Paterson likens these patterns to a person’s signature – everyone has a certain style, and it’s no different when it comes to navigating a machine. It only takes a few hours for Plurilock’s AI to discover them.

Plurilock isn’t the only cyber security company to use AI to detect threats, says Paterson, pointing to Darktrace, which is known for its AI capabilities that improve visibility into a network. Plurilock is similar in its approach, but leans heavily on the users and the various end-points they interact with, such as desktops, virtual desktops, laptops and servers.

“The way we do that is we don’t look at what you do, we just look at how you behave. It lets us provide very effective security, while remaining extremely privacy compliant,” explains Paterson. “It’s a big selling point for us.”

The launch of the new channel program comes on the heels of $3 million in seed investment, according to the company. Plurilock’s nine new sales channel partners include Carahsoft (which has offices in Canada), Siltek, Tindo Pte Ltd, Paramount Computer Systems (PCS) and Assurity Systems Limited.