To no one’s surprise Samsung Electronics debuted its latest tablet, notebook and display products at CES 2016 show in Las Vegas. But what also caught the attention of many is a new wearable called Welt. Welt is part of a company-wide initiative called Creative Lab, which helps its employees to nurture their own creative business ideas.

The Welt is a leather belt specific for the healthcare market and is intended to help people manage their waist size by measuring daily habits and behaviours.

What Samsung is banking on with Welt is that it provides more discretion in tracking your health metrics over a wrist-based wearable device. 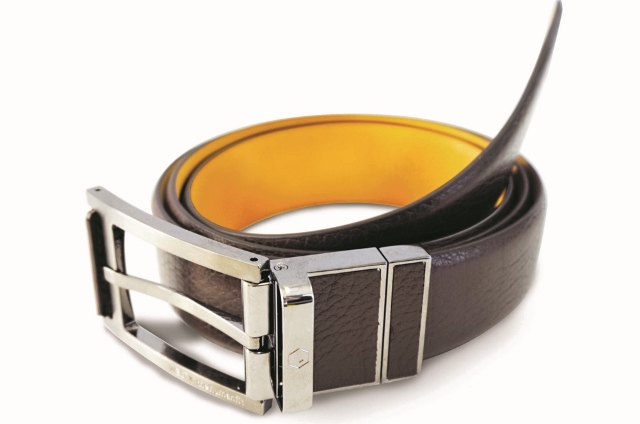 The Welt product looks like a belt and more than likely hold up a person’s pants. It also capable of recording the user’s waist size, eating habits and the number of steps taken, as well as time spent sitting down. It then sends this data to a specially-designed app for analysis, and the production of a range of personalized healthcare and weight management plans.

While the Welt was the most unique item at the Samsung booth, the company also unveiled the Galaxy TabPro S with Microsoft Windows 10 as a 2-in-1 device.

At 6.3 millimeters thin and weighing only 693 grams, Galaxy TabPro S is being positioned by Samsung officials as an all-day premium notebook/tablet. It also has a full-sized keyboard cover. New to the Galaxy TabPro S is a Pogo pin on the keyboard eliminates the need for pairing or charging separately. The keyboard’s touchpad emulates that of a PC. 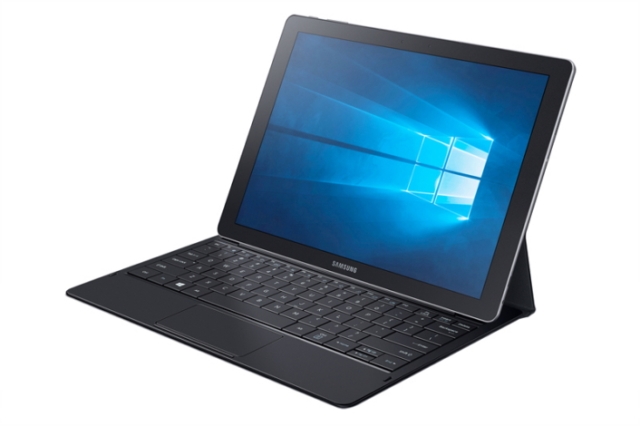 It also support LTE Cat 6 and the battery can fully charge in just 2.5 hours, while offering up to 10.5 hours of battery life. The Galaxy TabPro S is powered by the Intel Core M processor, designed for a fanless 2-in-1 tablet, featuring only 4.5Watts of power consumption that the company says eliminate noise disruption.

Galaxy TabPro S will be available in February.

Welt was not the only wearable released by Samsung. The company also showed off two editions of the Gear S2 classic, one encased in 18K Rose Gold and another in Platinum. But what made these two products interesting is that Samsung accompanied them with TipTalk, a new technology from Creative Lab (same as the Welt) that enables users to hear sounds, transmitted through their own body. 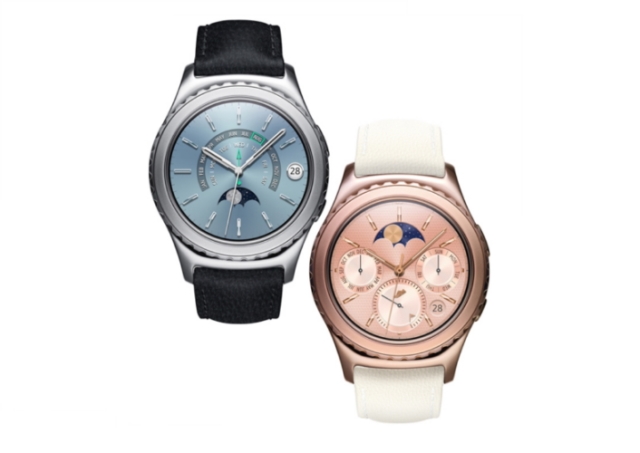 With TipTalk users can listen to sounds from the Gear S2, without headsets or earphones by touching their finger to their ear.

The strategy behind the Samsung TipTalk is that users will be able to take them in public, even in noise-sensitive or loud environments, such as a concert hall or building site and communicate without the risk of being overheard.

TipTalk is shaped like a watch strap and can be added to watches – analog or smart – and sync with smartphones, enabling Text-to-Speech. 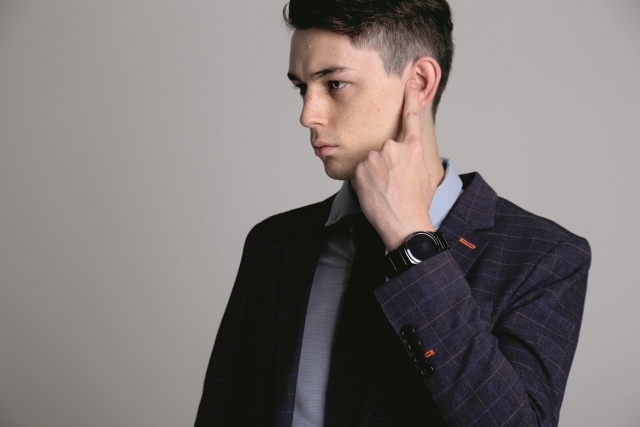 Meanwhile the new Gear S2s will include NFC technology to offer Samsung Pay. Samsung has also partnered with designers, such as Colombo, on premium watch straps for the Gear S2, and has introduced watch faces including Peanuts characters and artworks from Keith Haring, Jean-Michael Basquiat, Jeremyville and Burton Morris.

The Gear S2s will also be available in February.

It’s been four years since the first curved display was shown at CES. And this year is no different. Samsung unveiled a new line-up of SUHD displays using Quantum dot technology, a bezel-less curved design. 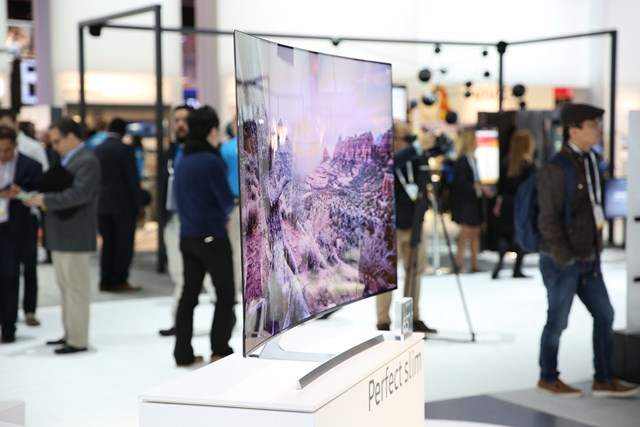 In addition, the full 2016 SUHD line-up is applied Internet of Things hub technology, allowing the display itself to act as the controller for the entire smart home, the company said. The SUHD has been developed by Samsung with SmartThings. The SUHD can connect with and control more than 200 SmartThings compatible devices – whether it’s to find out who rang the doorbell, lock the doors or turn off the lights. 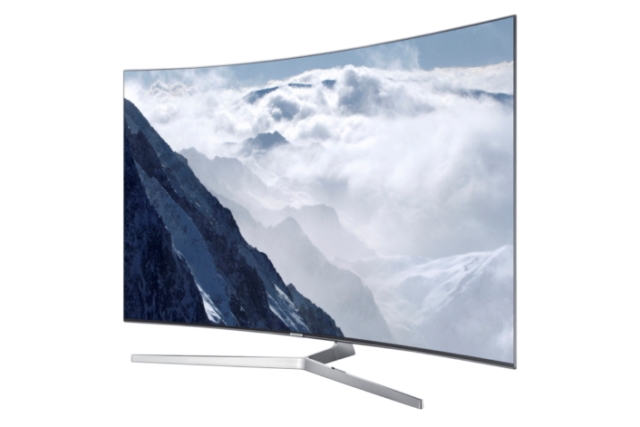 Samsung accompanied the SUHD with a new Smart TV remote that eliminates the need to juggle multiple remote controls. The Samsung Smart TV will automatically recognize the type of set-top box, game console, OTT box or home theater system that is connected to the TV. This allows users to control all of the external devices with the Smart Control remote — with no setup required.

CDN Staffhttps://channeldailynews.com
For over 25 years, CDN has been the voice of the IT channel community in Canada. Today through our digital magazine, e-mail newsletter, video reports, events and social media platforms, we provide channel partners with the information they need to grow their business.
Previous articleGoogle Glass 2 images appear on FCC website, confirmed to be for enterprise
Next articleHuawei and ZTE want to become household names