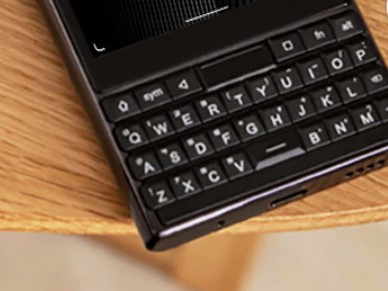 A teasing “Coming soon” notice posted last week on Twitter from Shanghai-based phone manufacturer Unihertz may herald what, if not a duly-licensed BlackBerry design, looks very much like a BlackBerry KEY2 Android smartphone. Enterprising users who brightened the dark image managed to showcase the whole device.

Today, more was revealed, as the company’s website posted a photo of a KEY2-like device (with slightly modified keyboard), identified as the TiTAN slim, as “coming soon on Kickstarter”.

Between its founding in 2017 and 2021, Unihertz has produced six phones, all funded through Kickstarter campaigns. All are manufactured in the company’s own plant, and serve niche markets, including fans of QWERTY keyboards. Its current QWERTY models are the TiTAN, reminiscent of the BlackBerry Passport, and the TiTAN Pocket, with 3.1 inch screen.

No technical details have been released.

Lynn Greiner
Lynn Greiner has been interpreting tech for businesses for over 20 years and has worked in the industry as well as writing about it, giving her a unique perspective into the issues companies face. She has both IT credentials and a business degree
Previous article
Channel Bytes April 1, 2022 – Windows enhancements coming; network equipment market rebounding; Microsoft launches Android org; and more
Next article
Coffee Briefing May 10, 2022 – Zerto 9.5 announced; Vector Scholarship in AI winners announced; She’s Next Grant recipients announced; and more