According to Kaspersky, the solutions are designed to protect Windows, Apple OS X and Android devices from new and existing threats, and incorporate several new technologies designed to safeguard customer data, privacy and financial transactions.

One new feature is webcam protection, which monitors which applications attempt to access the webcam, lets users know of attempts, and allows web cam access to be blocked. The vendor says webcam hacking is one way malware is used for online spying and invasion of privacy, often with no notice from users.

A new Wi-Fi Security Notification module in the 2015 products verifies the security of Wi-Fi hotspots and alerts users to potential threats, and the new System Watcher tool helps protect users from cryptomalware, which encrypts files and demands a ransom to restore them. This new feature makes a backup of a file when suspicious activity is noted, allowing it to be restored without a ransom.

On the enhancements front, the Safe Money tool now blocks third-party applications from accessing the Web browser clipboard. Automatic updates and upgrades have been enabled, the anti-phising module has been improved and the interface has been made uniform across products.

“Today’s threat landscape is persistently evolving and at Kaspersky Lab we’re continuously staying one step ahead of the cybercriminals. We provide our customers with the most advanced protection tools available, like the innovative Webcam Protection and System Watcher features, said Justin Priestley, senior vice-president, consumer sales with Kaspersky Lab North America. Our 2015 suite of products, especially Kaspersky Internet Security, is equipped with technologies that have proven to be effective not only in independent tests, but in the real-world, protecting 300 million people across the globe.” 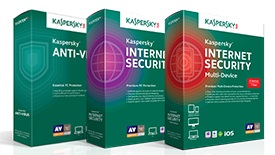 Jeff Jedras
A veteran technology and business journalist, Jeff Jedras began his career in technology journalism in the late 1990s, covering the booming (and later busting) Ottawa technology sector for Silicon Valley North and the Ottawa Business Journal, as well as everything from municipal politics to real estate. He later covered the technology scene in Vancouver before joining IT World Canada in Toronto in 2005, covering enterprise IT for ComputerWorld Canada. He would go on to cover the channel as an assistant editor with CDN. His writing has appeared in the Vancouver Sun, the Ottawa Citizen and a wide range of industry trade publications.
Previous articleNew 4K2K display targets professional and power users
Next articleCanadarm builder to make geospatial airport maps

Over 90 WordPress themes and plugins from AccessPress hacked, says report